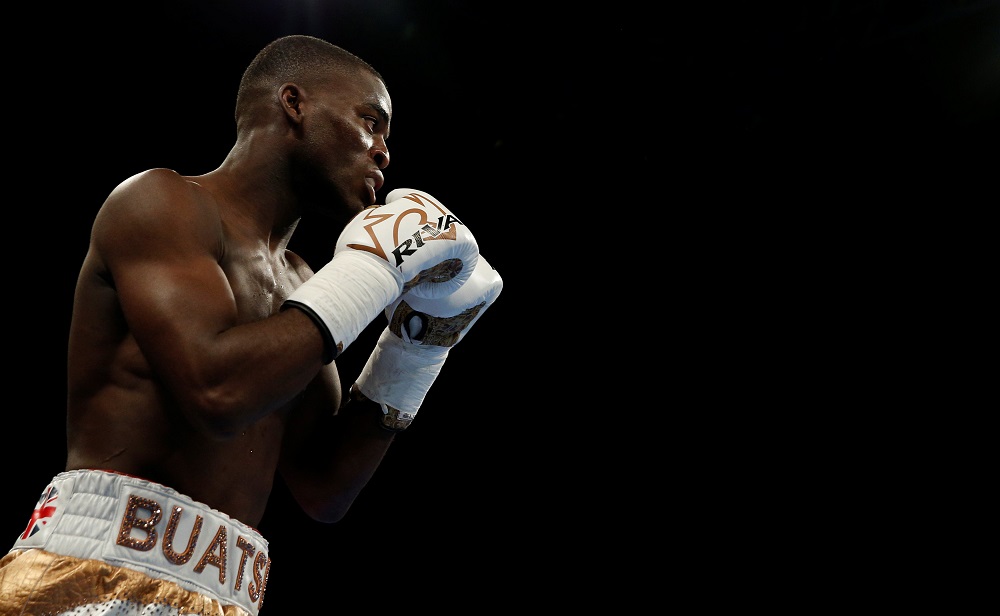 Buatsi Goes For First Title At The O2

Joshua Buatsi will fight for his first pro title against Ricky Summers when they clash for the WBC International Light-Heavyweight crown at The O2 in London on July 28, live on Sky Sports Box Office.

Buatsi’s meeting with the former British title challenger was already a big step-up for the Rio Olympic bronze medal man in his seventh pro fight since joining the paid ranks last July, and now the chance to land his first silverware has boosted the 25 year old’s preparations for the showdown.

“Fighting for my first belt definitely adds excitement,” said Buatsi. “It is helping to fuel the work I’m doing in training as it adds a physical reward for all the effort I’m putting in.

“Our paths have crossed once, Ricky seemed a good guy. My debut was on the undercard of his British title shot against Frank Buglioni last July. I know that he will train hard, is going to come to fight and will have the desire to win, so it is all set up to be an exciting fight.

“I’m back fighting at The O2 and I’m going to make it the Lion’s Den. I love fighting there and plan to put on a show to create an incredible atmosphere when we are in the ring.

“My team have the experience and knowledge to guide my career and to make the correct decisions which allows me to prepare and continue to improve, I can’t wait.”

Buatsi’s clash with Summers is part of a massive night of action at The O2, topped by the crunch Heavyweight clash between Dillian Whyte and Joseph Parker.