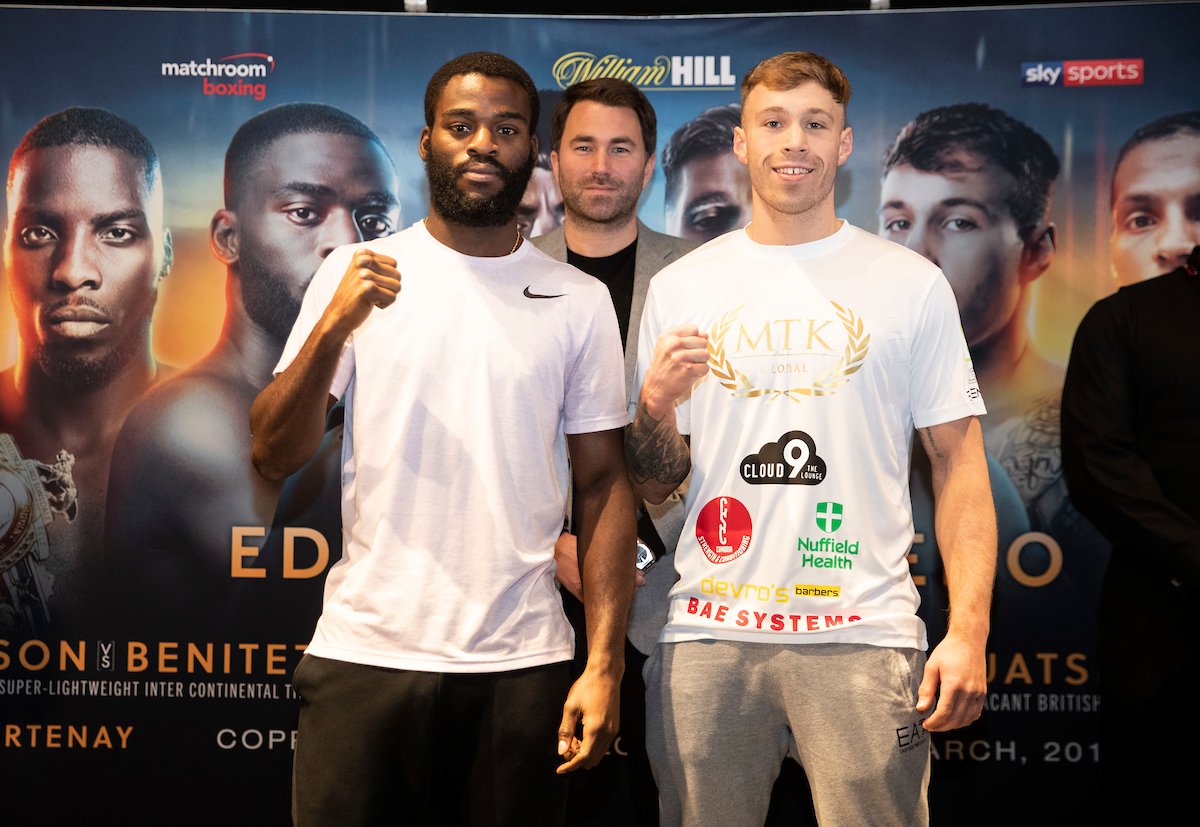 Buatsi has won all nine of his fights, seven inside the distance, since turning pro in 2017, while Conroy has spent five years longer in the paid ranks, winning 16 fights and claiming the English title against Joel McIntyre in 2017.

The 26-year-old, an Olympic bronze medalist, won the WBA International 175lbs title against Andrejs Pokumeiko at The O2 last year and is keen to add domestic belts to his collection before targeting World honours.

“It’s something I must add to my cupboard, I’ve got space in there to add another trophy and that’s the next one I’ll be doing,” said Buatsi. “He’s won his last 10, knocked out his last five. This is his dream to become champion and I’ll be there to stop it.

“Most importantly champions that have come out of this country have pretty much gone that same route. They have won the British title before and have gone on to win big things. So for me it’s important to kind of follow that step, just to show that ok ‘he’s conquered Britain’ and then I will look elsewhere.

“It will be World titles after that but it’s for the team to sit down and come up with the best route possible for myself but most importantly it’s all focus for Saturday night to make sure I win that title.”

Buatsi vs. Conroy is part of a huge night of action at the Copper Box Arena.