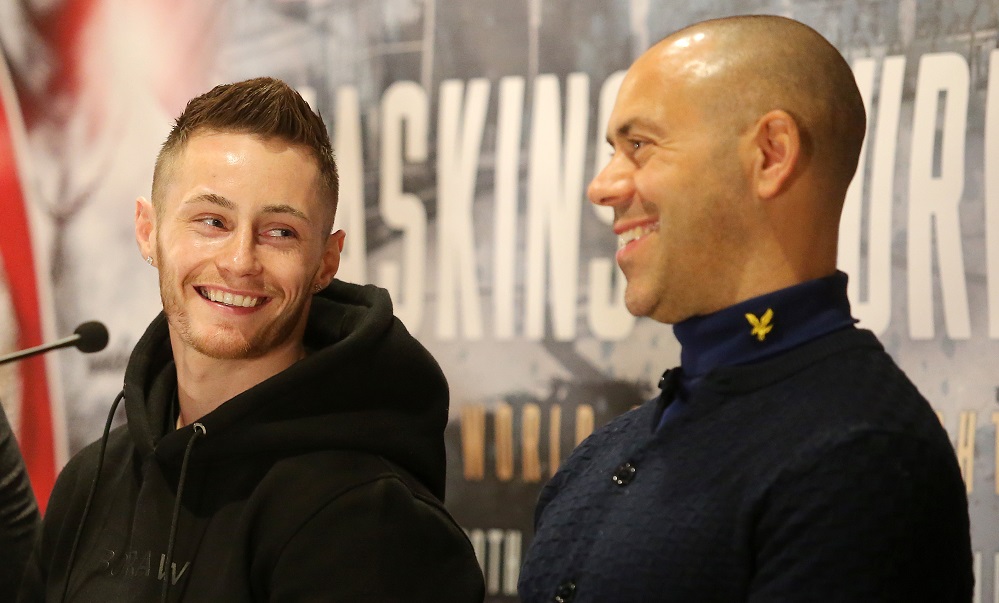 Burnett: Adam Booth Has The Plan To Beat Haskins

Ryan Burnett believes he has the perfect man in his corner in Adam Booth to get the gameplan right to take the IBF World Bantamweight title from Lee Haskins when they clash at the SSE Arena Belfast on Saturday June 10, live on Sky Sports.

Burnett faces the Bristol ace in his first World title shot and it’s a welcome return to his hometown after over three and a half years on the road.

Burnett’s last outing in Belfast in November 2014 was his first fight with Booth and the pair have moved seamlessly to 16-0 and on the brink of World glory as their partnership has blossomed in Booth’s Surrey gym.

Booth has been in the corner for many World title fights with David Haye and Burnett feels that having those expertise behind him can be the difference.

“Adam believes I am ready for it and he’s a man who has been there and done it,” said Burnett. “Adam knows how to put a game plan together to beat a southpaw, and I have every faith in Adam. If I am calm, relaxed and I deliver what Adam tells me to do on the night, I’ll win that belt.

“I’m always learning with every fight and every day in the gym with Adam. People were saying a year ago that I was ready for a World title shot so that must mean I am even better placed for it now. Adam makes the decisions of what the right move is for me.

“Adam has given me intelligence on what I actually have to do. All the skills are there, but he’s teaching me how to control it. That’s what we work on every day – understanding what you have to do and how you have to do it.

“I needed to sit back, peel away the layers and understand what I am doing. Adam’s work speaks for itself. He’s been in the sport for a long time and he’s a well-respected coach. I’ve come to the gym willing to listen and learn because I know that Adam has so much knowledge to give, so if Adam says jump, I say how high.”

Burnett challenges Haskins on a huge night of action in Belfast where Paul Hyland Jr faces Adam Dingsdale for his first pro title, with the IBF European Lightweight strap on the line.

Tickets are on general sale priced at £30, £40, £60 and £100 from the SSE Arena Belfast at http://www.ssearenabelfast.com/belfast-boy-burnett-v-haskins