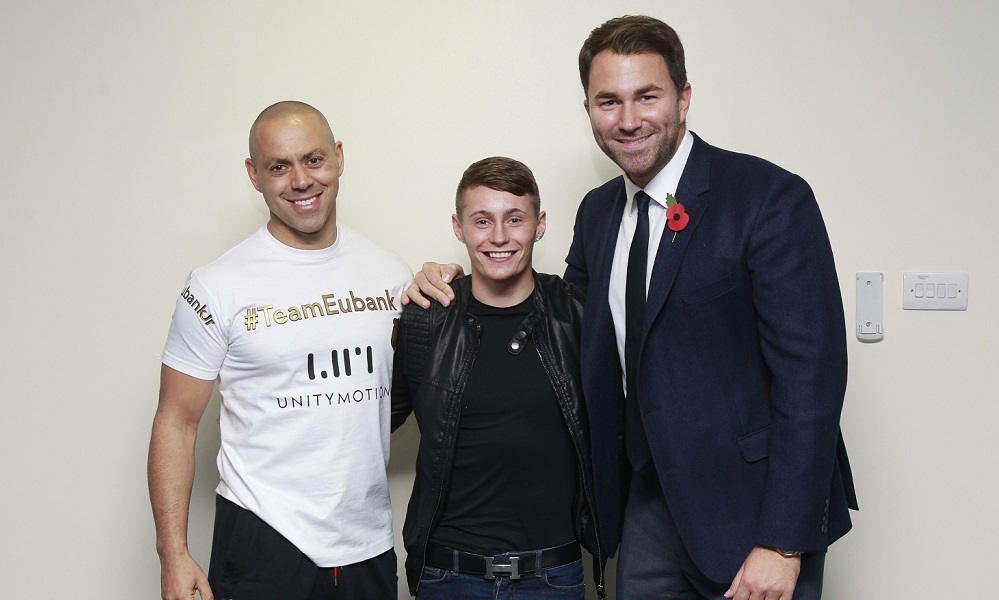 Ryan Burnett will face Jason Booth for the vacant British Bantamweight title at the Manchester Arena on November 21, live on Sky Sports.

The unbeaten Belfast man fights for his first major title in his first taste of action under new promoter Eddie Hearn, with the Adam Booth-trained talent looking to move into double figures for stoppage wins in his 12th pro outing.

Booth has won the Lord Lonsdale belt at Flyweight and Super Bantamweight, and the experienced Nottingham man will be aiming to land the coveted strap at a third weight in his second attempt – but Burnett believes the step-up in opposition will see him produce his best.

“Jason Booth is the most experienced and successful pro I have fought yet,” said Burnett. “I know that the better the opponent the better I am. If he’s strong, I punch harder, if he’s slick, I’ll be quicker. Fighting at the Manchester Arena on a night like this gives me Goosebumps of excitement – I’m going to reward everyone with the performance they all want.”

Burnett’s clash with Booth is part of a huge night of World title action on Sky Sports as Anthony Crolla faces Darleys Perez in a rematch for the WBA Lightweight title while in Germany, Martin Murray challenges Arthur Abraham for the WBO Super Middleweight title.