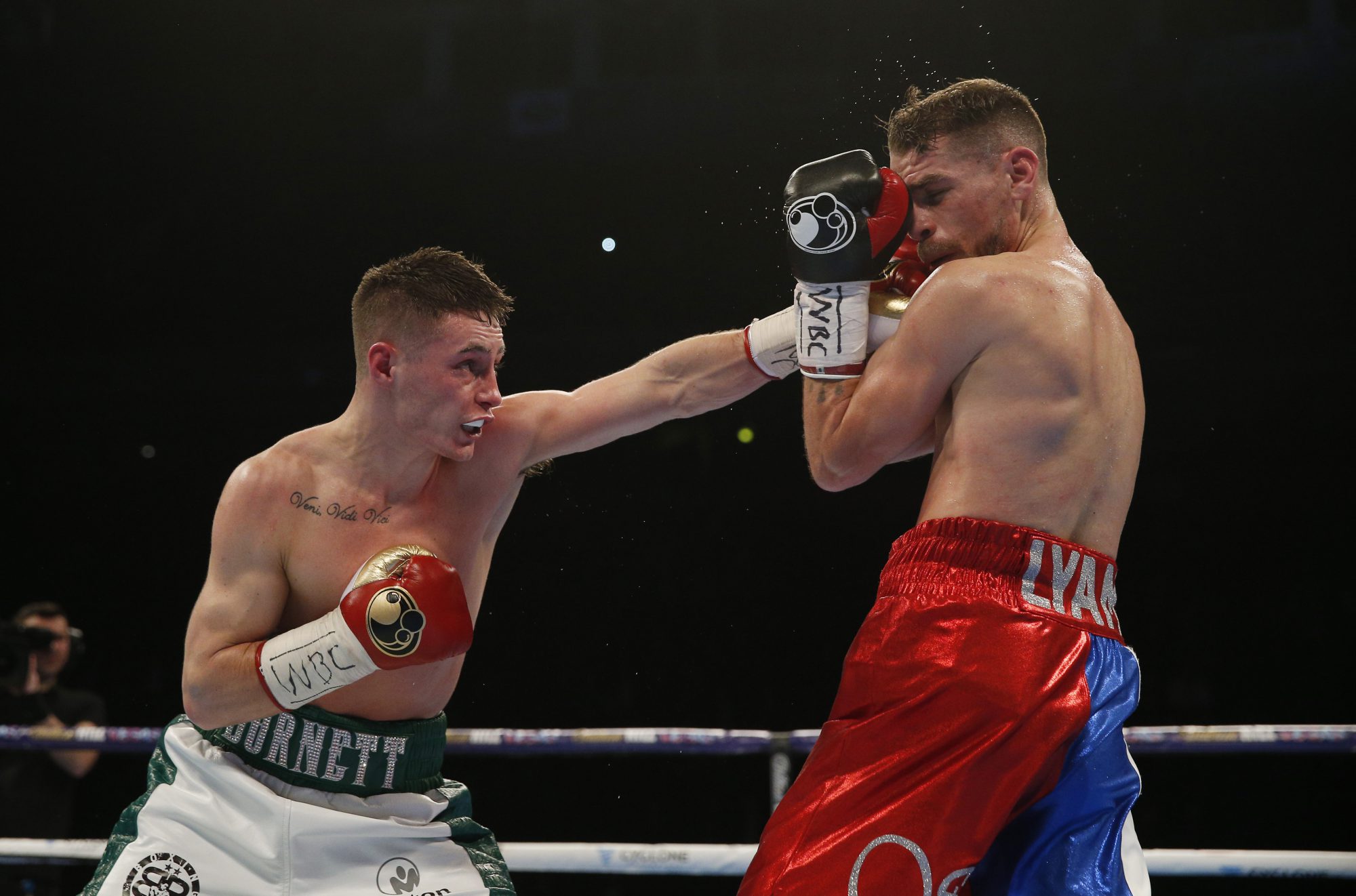 Ryan Burnett will challenge Lee Haskins for the IBF World Bantamweight title at the SSE Arena in Belfast on June 10, live on Sky Sports.

The unbeaten Belfast man gets his first World title crack on home turf and the 24 year old is looking to graduate to World level having moved seamlessly to 16-0, picking up the British and WBC International strap en-route.

Haskins picked up the strap with an impressive sixth round stoppage win over Ryosuke Iwasa in 2015 and has defended the crown twice with points wins over Ivan Morales in May and Stuart Hall in September.

The Bristolian southpaw will provide the stiffest test of the talented Adam Booth trained Burnett, who believes the Belfast crowd can roar him to victory.

“I always dreamed of headlining in Belfast and now I have the opportunity to do it for a World Title – I’m so excited,” said Burnett.

“Home advantage is going to be massive. I’ve been in the opposite corner when I fought Ryan Farrag in Liverpool and experienced that side of it. I got a little taste of it when I was on the undercard when Carl Frampton boxed Scott Quigg, when I came out everyone went crazy.

“That felt like a home show! It gives you that extra spring in your step, I can only imagine what it’s going to be like in front of my home fans in Belfast. I can’t wait.

“Lee Haskins has been about, he’s been in the game a long time so he’s probably been in this situation before. But the Belfast crowd are proper, they are very passionate for their fighter and will be making plenty of noise on the night for me.

“I’m only 16-0, 24 years old. I’m still new to this level. But this is definitely the right fight for me at this stage of my career. I know I’m capable of stepping up.

“Lee is very good, skilful. But I know he hasn’t fought anyone like me before and what I bring to the table. It’ll be interesting to see how he handles it.

“The Faragg fight was one of my tougher tests, I fought the best Faragg. Adam was very happy with how I dealt with it. Looking back, it was a good learning fight for me.

“Haskins vs. Hall was a close fight, I thought Haskins just edged it. It showed a lot of Lee’s character. Boxing under pressure. It wasn’t his best performance. Stuart Hall came with so much tenacity but I believe the right man won on the night.

“I boxed a southpaw earlier this year in Hull and we’ll have plenty of southpaw sparring in the gym. We’ve already been sparring quite a bit to get me in the correct rhythm so I don’t think the stance will bother me much.

“Adam has been teaching me stuff that I didn’t even know existed! I thought I knew boxing, but when I went with Adam I quickly realised I didn’t know much at all. It’s been just over two years since I’ve been working with him. He’s taken away my bad habits and bringing me round to being a World class fighter.”

First details of the undercard will be revealed next Wednesday when the pair come face to face at the launch press conference for the fight.

Tickets will go on sale to Matchroom Fight Pass members on Wednesday May 3, with tickets on general sale the following day (Thursday May 4) – full ticket details will be released soon.