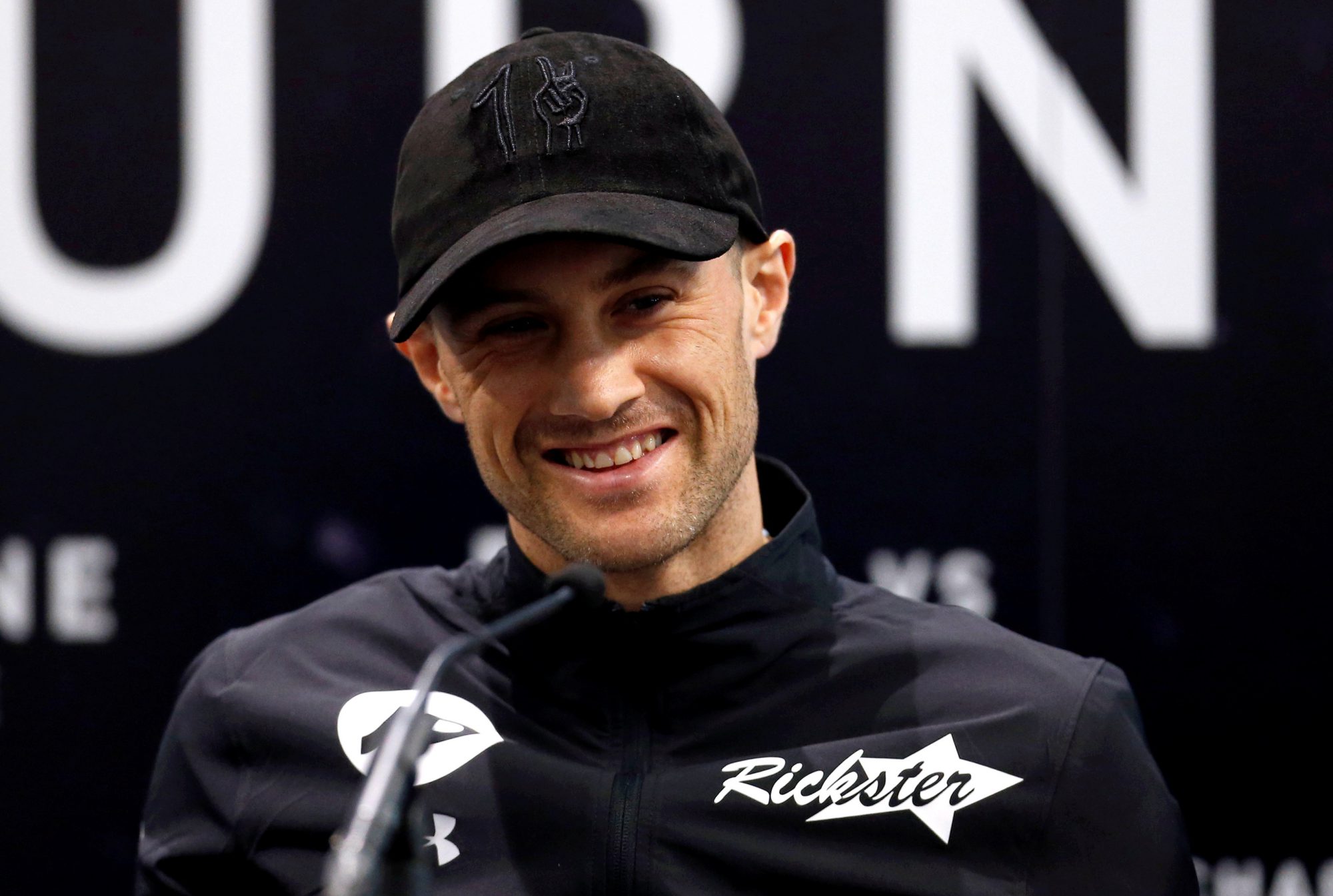 Burns: I’ve Got More Chapters To Write In My Career

Ricky Burns believes he can become a World champion once again and wants to prove there’s plenty of chapters to write in his story as he meets Anthony Crolla at the Manchester Arena on Saturday night, live on Sky Sports.

Three-weight World champion Burns and former Lightweight World ruler Crolla both come into the must-win bout on the back of defeats in unification battles, and the British stars have conceded that defeat would make the road back to the elite-level that they have become accustomed to operating at a long one.

Burns created history as Scotland’s first ever three-weight king and the Coatbridge star is confident that a win in Manchester would put him back at the top table and in the running for a 14th World title fight in 2018 to continue his remarkable journey in boxing.

“I look at every fight as a must-win fight,” said Burns. “The incentive that has been put in front of us with the possibility of challenging for the World title again, I need to make sure that I go out and win this which I am confident of doing.

“This is my first time fighting in Manchester so I am sure it’s going to be a great night for the fans. I’ve got so much respect for Anthony, he’s a brilliant fighter and this is going to be a cracking fight.

“We’re both in the same boat now, coming back after a loss and looking to get our names back amongst the big boys. There were a few names mentioned for my next fight but this was the only fight that I wanted once I knew it could be made.

“I know that there’s a good crowd coming down from Glasgow but any boxing fan is going to win with this fight, you know what you are going to get when we fight, we’ll lay it all on the line and the best man will win.

“People are saying to me now ‘if you lose this what are you going to do?’ That thought hasn’t crossed my mind. I know this is a hard fight but the carrot of a possible World title fight means that the rewards are massive, but I didn’t need any more incentive for this fight, that just topped it off for me.

“Over the last year everyone has asked when I am going to retire over the last year. I’ve had 48 fights but I’ve never come out of the ring with my face in a state, I still enjoying training and the sparring and fighting side of it are the best parts in my eyes.

“If there ever came a point that I was coming out hurt fight after fight, or in the gym sparring these young hungry kids and taking too many punches, I’d know myself that it’d be time to call it a day, but I know that I’ve got lots of big nights left in me and I am confident that Saturday is going to be one of them.”

“I’ve never thought about what I’ve done in my career because it’s nowhere near finished yet. I’m not retiring until boxing is out of my system. The last thing I want to do is pack it in too early and then a year down the line want to come back. I won’t be done until I hate training and I am fed up with dieting.

“I may have over-achieved in some people’s eyes, but I’ve worked my arse off to get to where I have. People see you turn up and fight but only those closest to you see what I do two or three times a day, seven days a week for 12 weeks before a fight, I knock my pan in.

“Look who Anthony has boxed over the last two years, he’s only boxed the best. He’s lost to Linares but he went 24 rounds and he wasn’t knocked out or badly hurt at all. You are losing to guys at the elite level, these are incredible fighters and this is my job, if you have a rough day at the office you come back again the next day and make sure you are better.

“I’ve always admitted that I’m not the best boxer ever, but if you are going to beat me, you’re going to have to be really good or you will have to work for it because the way I train I am confident I will be there at a great pace for the full 12 rounds and my mental toughness is one of my best attributes.”

Burns and Crolla clash on a huge night of action in Manchester as Sam Eggington defends his European Welterweight title for the first time against mandatory challenger Mohamed Mimoune and Robbie Barrett also makes a maiden defence against a mandatory predator as he puts his British Lightweight strap on the line against undefeated Lewis Ritson.

Some of Britain’s brightest stars from both sides of the border are in action with Crolla’s trainer Joe Gallagher having a busy night with Scotty Cardle, Hosea Burton, Marcus Morrison and Sam Hyde all gloving up, while Burns is joined by fellow countrymen Charlie Flynn and Joe Ham.

Former World Bantamweight title challenger Gavin McDonnell looks to get back in line for a second crack at the big one, rising Welterweight star Conor Benn fights for the ninth time in the paid ranks and local talents Jake Haigh and Ryan Doyle also feature.

Face value tickets for October 7 will also be available from http://www.stubhub.co.uk/matchroom-boxing-tickets/ . StubHub is the official ticket partner and marketplace of Matchroom Boxing and Anthony Joshua.