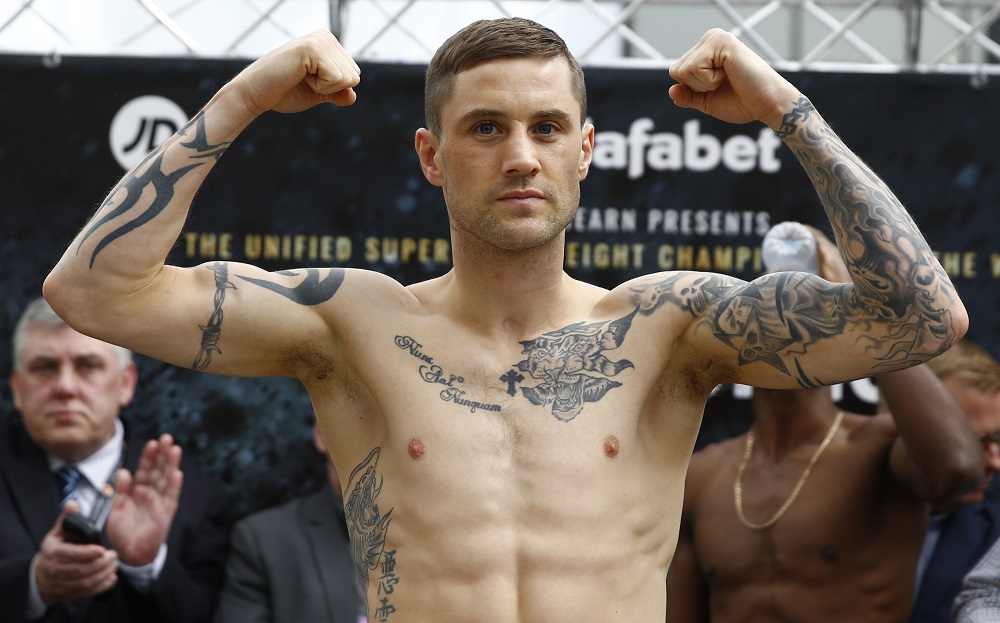 Ricky Burns and Scott Cardle meet on the undercard of Tony Bellew’s undisputed Cruiserweight clash with Oleksandr Uysk at Manchester Arena on Saturday November 10, live on Sky Sports Box Office in the UK and DAZN in the US.

Burns created history in Scotland in May 2016 when he defeated Michele Di Rocco in Glasgow to land the WBA World Super-Lightweight title and become the country’s first ever three-weight World Champion.

The Coatbridge star successfully defended the crown against tough mandatory Kiryl Relikh in Glasgow in October 2016 before falling short in a unification battle with IBF king Julius Indongo in April.

He won his 50th fight as a professional in June, stopping Croat Ivan Njegac after four rounds and returns to the scene of his points loss to Anthony Crolla determined to prove he still has big ambitions at World level.

“There’s some big fights to be made in the Lightweight division and a win here in front of such a large PPV audience will put me further in the frame for next year,” said Burns. “The Manchester crowd last time out was fantastic and obviously Anthony Crolla is fighting on the bill, I’d still love that rematch down the line but first and foremost Scotty has my attention for next Saturday.

“I get on really well with Scotty and his family. They have helped me out with some sparring down the years but this is strictly business. It was a shame my gym mate Joe Cordina pulled out through injury but this is boxing. I’ll shake Scotty’s hand before and after the fight.

“Training has been going well, I’m always keeping busy in the gym waiting for the phone to ring. It doesn’t matter who I fight, I train for every fight the same so the short notice doesn’t change anything drastically in terms of our preparation. These domestic dustups get the fans excited and it’s a great show to be fighting on.”

“This is a huge fight to get me back to where I want to be,” said Cardle. “Ricky is a former three-weight World Champion and a Scottish great, a win against him would hopefully set up some even bigger fights down the line.

“This is a massive occasion for me, I’ve got the opportunity and now it’s time for me to deliver. I can’t turn fights like this down, especially at this stage of my career. The short notice isn’t ideal but I’ve trained hard for the Cordina fight and I’ll be ready next Saturday.

“Ricky is a very physical fighter, he’s got a great jab and he’s been in there with the best. He’s one of the toughest men in the sport and I’m prepared to go the distance with him. I’ll need to stay smart and use my speed on the night.

“I’m getting to a certain age now and I want to be able to look back on my career and be happy with what I’ve achieved. I want to reach World level before I call it a day and a win over a name like Burns could be the start of something big”

Very limited tickets are available to purchase from www.stubhub.co.uk and www.manchester-arena.com