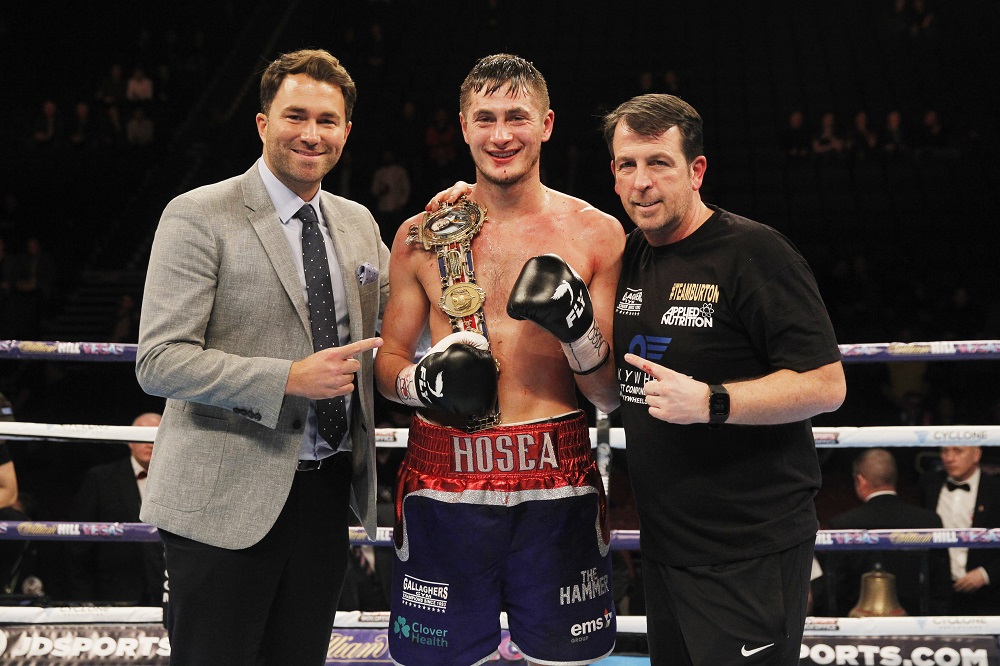 Burton: Buglioni Will Be In A Bad Place Against Me

Hosea Burton says he’ll take the frustration of having to wait to defend his British Light-Heavyweight title out on Frank Buglioni when they clash for the Lord Lonsdale belt at the Manchester Arena on September 24, live on Sky Sports.

Burton was due to make his first defence against Tony Dodson at Goodison Park in Liverpool in May but Dodson was forced out of the clash with a snapped Achilles.

The Manchester man appeared in six-round action on the card and landed a third stoppage win of the year which started with a sixth round KO of Miles Shinkwin to win the belt in February, but the unbeaten 27 year old is frustrated that he’s had to wait seven months for his first defence and will take those frustrations out on the Londoner, who he says is the perfect opponent for his style.

“It’s frustrating because I should be fighting to win this belt outright now,” said Burton. “Tony’s injury was unfortunate and there’s not a lot you can do about that, but TT was knocked back for a shot but he’s now fighting in an eliminator for it on the same night so I don’t get that. Frank is going to be in a bad place come September 24.

“I am a better boxer than Frank. When you watch his fights, he cannot evade a punch, there’s nothing wrong with his heart and he proved he has tons of that in the Fedor Chudinov fight. He’s got limited ability though and he’s vulnerable to everything I am good at. He’s a good boxer but not good enough to beat me, especially not at Light-Heavyweight. He’s not big enough and he’s not skilled enough.

“I am the best in the division. It’s a thin division but I can say that because I am the best in the division. If you can’t beat the rest of them then I can’t say it, but I beat all of them and I can beat three of them in one night. Frank is coming up from Super-Middleweight and I don’t think he deserves the shot to be honest, and he certainly shouldn’t be ahead of me in the BoxRec rankings – I am going to take him out of those rankings and make him think about going back to Super-Middleweight.”

Burton’s clash with Buglioni is part of a huge night of action in Manchester as Anthony Crolla and Jorge Linares lock horns in a mouth-watering unification battle for the WBA and WBC Diamond World and Ring Magazine Lightweight Championships.

Isaac Lowe defends his Commonwealth Featherweight title against Tshifhiwa Munyai and Conor Benn tastes his fifth night of action in the paid ranks with an appearance first at The O2 in London on September 10.