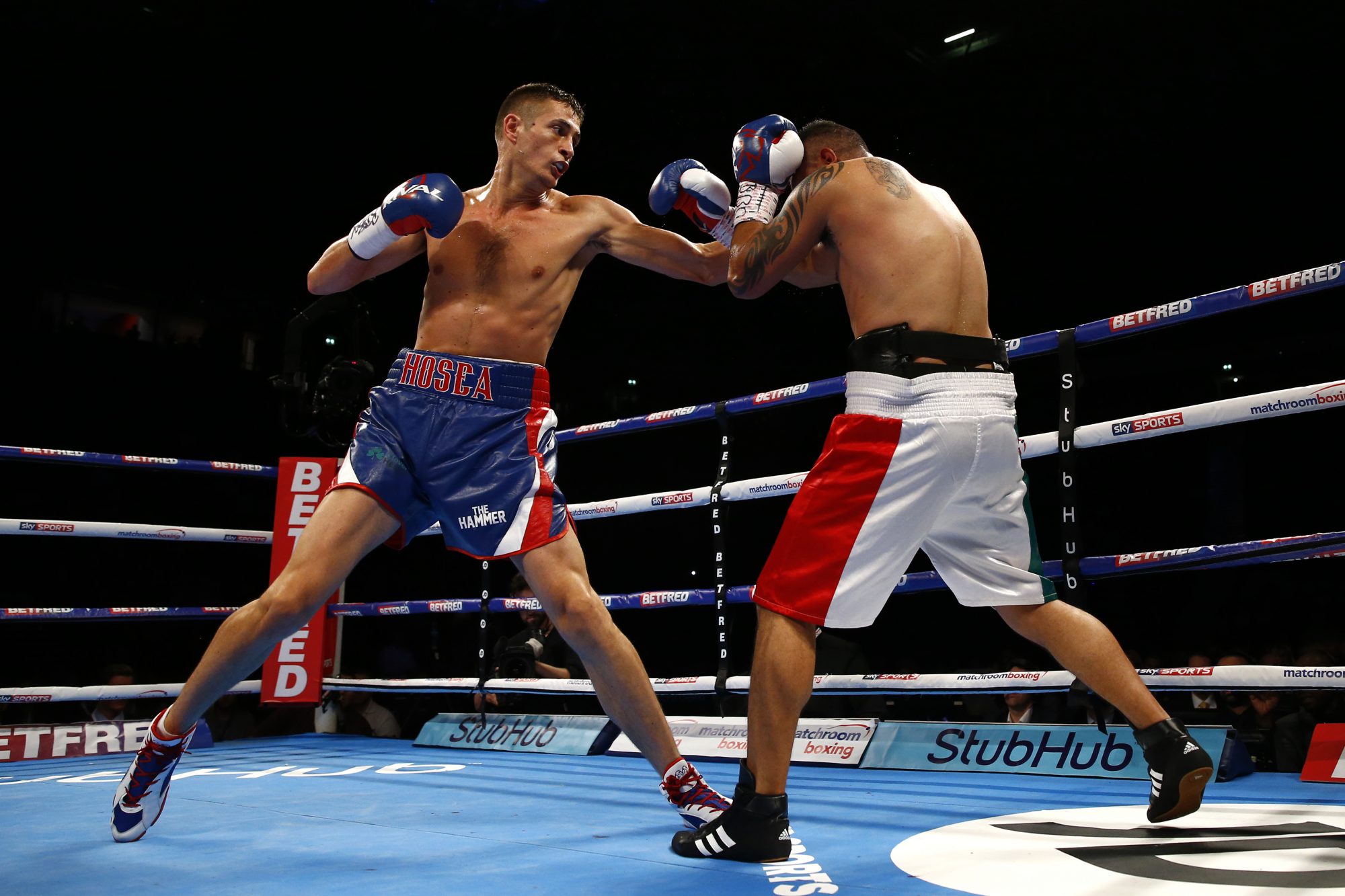 Hosea Burton will defend his British Light-Heavyweight title against Frank Buglioni at the Manchester Arena on December 10.

Burton landed the crown with an impressive sixth round stoppage win over Miles Shinkwin at the same venue in February but two scheduled defences were cancelled through injuries to his opponents.

Burton was set to meet Tony Dodson at Goodison Park in Liverpool in May but Dodson snapped his Achilles, then Buglioni was slated to meet Burton in September but the Londoner pulled out of their Manchester meeting after sustaining a cut in sparring. Burton boxed on both occasions, with a third round stoppage over Fernando Castaneda a ninth win inside the distance in 18 pro outings.

Former World Super-Middleweight title challenger Buglioni fights for the British strap for the first time in his career, but unbeaten champ Burton

“Frank is a good lad but this is business and I want to go forward so I need to beat him,” said Burton. “This is my division, my weight and I am the man in the Light-Heavyweight division – I’ll show that on December 10.

“I was frustrated that he pulled out of the last one with four weeks to go with a tiny nick over his eye. It was hard to stay motivated for the last fight but I had too good a training camp to mess it up so I stayed focused and got another stoppage win.”

Burton’s clash with Buglioni is part of a blockbuster night of action in Manchester as Anthony Joshua MBE defends his IBF World Heavyweight title for the second time and Kal Yafai aims to become Birmingham’s first World champion as he challenges WBA Super-Flyweight champion Luis Concepcion.

Further details on the card and tickets will be released soon.