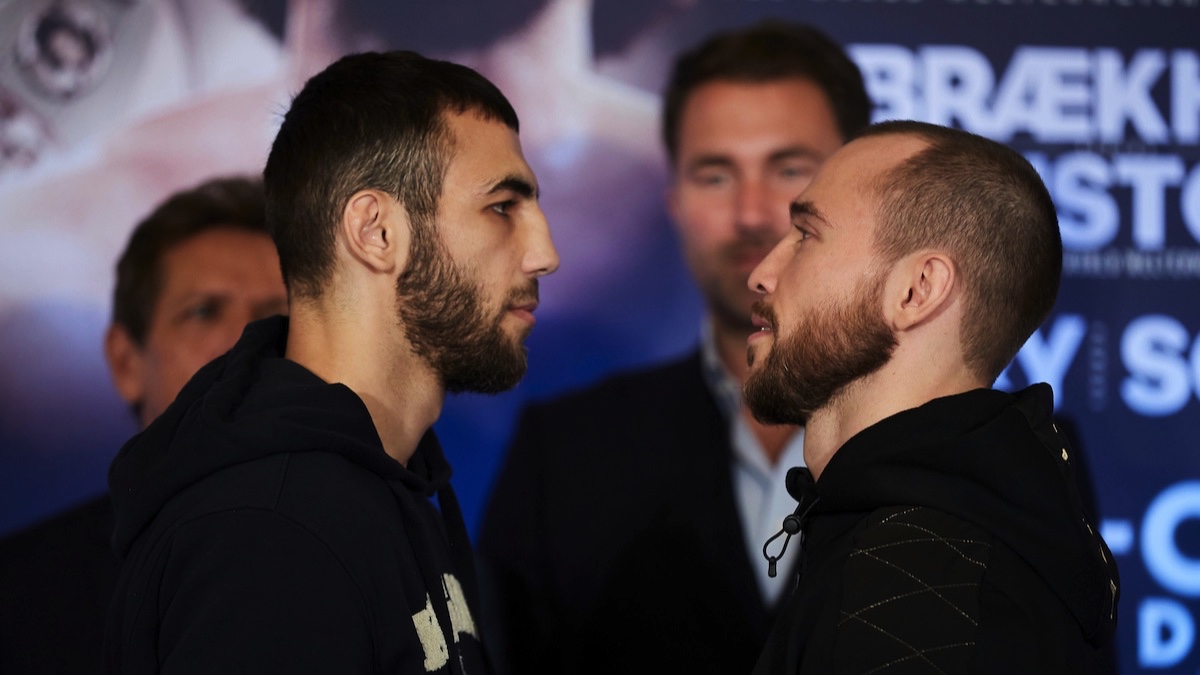 “It’s unbelievable that a year has passed since our last tournament here in Monte-Carlo and it really is a privilege to keep returning here to this incredible place. How often do you get to experience boxing in a place of such beauty, this is something completely different.

“This event has grown and one of the biggest names in women’s sport features with a great main event which in my opinion is the best main event we have had here in Monte-Carlo.

“We won the purse bid for Butaev vs. Besputin and this is a historic fight for the WBA World Welterweight Championship, a belt that was just held by Manny Pacquiao contested by two outstanding Russians with amateur records of over 700 fights between them.”

“First of all I want to say thank you to Eddie Hearn and Matchroom Boxing for promoting this show. It’s a privilege to be on this show in the casino, especially as the main event. I’ll do my best to make a beautiful show and come Saturday night you won’t regret watching. I hope it is going to be a war. I hope he is going to stay and not quit.”

“It’s a really good fight between to great fighters with brilliant amateur careers. We both have a little bit of history. We were both in the Russian team but we never met in the ring. I think it’s going to be a very interesting fight for the Russian fans and many people in Russia will be watching this fight. On November 30th it’s going to be a great night.”

“This is a wonderful fight. It’s two unbeaten professional fighters coming into the ring challenging for the vacant WBA Welterweight World title. I want to thank Matchroom, I want to thank DAZN for giving him this opportunity to show the world what he can do. I want to thank our promoter Top Rank for bringing Alexander Besputin to this point and for giving him the opportunity to fight for the Championship. It’s a pleasure to be here in Monaco, it’s a dream of a venue for a promoter. I’m sure Saturday is going to be an unforgettable night. Make sure you don’t miss it, it’s going to be a good one!”

“Firstly I want to say thank you so much. Me and my team have received the royal treatment since we landed in Monaco. I want to thank the Matchroom team, I want to thank all of the locals. There’s really not much for me to say, I’m here to beat Bustos on Saturday and I want to make a statement. The door to the Olympics was closed for women and you had to fight for a spot on a television show. What has happened in recent years is a pleasure to be a part of.”

“This is a huge opportunity but a tough fight. Under promoter Eddie Hearn’s guidance, if Cecilia is successful on Saturday, there will be some of the biggest fights in the history of women’s boxing next year.”

“I am thankful to Eddie Hearn and Matchroom Boxing for the opportunity. I feel very confident with all of the work I have been doing in the gym together with my team. I know that Cecilia is going to perform like a champion on Saturday night but I am well prepared. I am powerful and I am quick. I am ready to become a World Champion again. Thank you very much.”

“First of all, it’s nice to be back in Monte-Carlo. I’ve fought here once before and grew up here as well. It’s a pleasure to be back here and fighting here. I’ve been in big fights but you will see a big difference on Saturday. We have fixed a lot of problems. I’m looking forward to getting back in the mix. I’m not afraid to get in with anyone. It’s about learning, taking the positives from those fights, building and getting better. They were all good learning experiences and you’re going to see a big difference on Saturday night.”

“Thank you for the invitation to fight on this car. It’s a brilliant occasion and I would like to make trouble for Hughie!”

“He has been out of the ring for a little while and has faced unfortunate obstacles but, on Saturday, he will make his mark. He is a force to be reckoned with.

“With so much action in the heavyweight division right now, Zhang will be right in the mix. People will be talking about him, trust me about that.

“Last year in Monaco, Zhang was supposed to fight Alexander Ustinov [but withdrew]. Michael Hunter ended up fighting Ustinov and is now right in the mix for the heavyweight championship. On Saturday, Zhang will make up for that and be right in the mix also.

“He’s got a really solid team around him and we’re confident this is his time.”

“I would first like to say sorry to Eddie Hearn and Matchroom because I should have fought here last year but I didn’t. Now I am here I want to showcase to everybody what I can do in the ring. I would also like to say thank you to my coach, my advisors and my promoter. Everyone around me has been pushing me really hard and motivating me so I can’t wait until Saturday. You will see Chinese power!

“I’ve been to an Olympic Games, I’ve fought all around the world, I’ve boxed in a lot of tournaments around the world with some of the fighters on this table. I’m looking to go out and put on a show and get the job done.

“As a professional I’ve boxed in many great venues, the Principality Stadium twice, Wembley Stadium, Bramall Lane, The O2 Arena. Like I said I’ve boxed all around the world in amateur tournaments where there might have only been 10 or 20 people there. I’ve boxed in little town halls that hardly hold any fans. Whether there’s an atmosphere here in the casino or not – it’s nothing new to me.”

“First of all we want to thank Matchroom for having us here. I am in great spirits and I have trained really hard for this fight. I’m happy to move up in weight and fight at 130lbs. I want to prove that what I did to Jordan Gill in England wasn’t just a fluke. I am here to win again.”