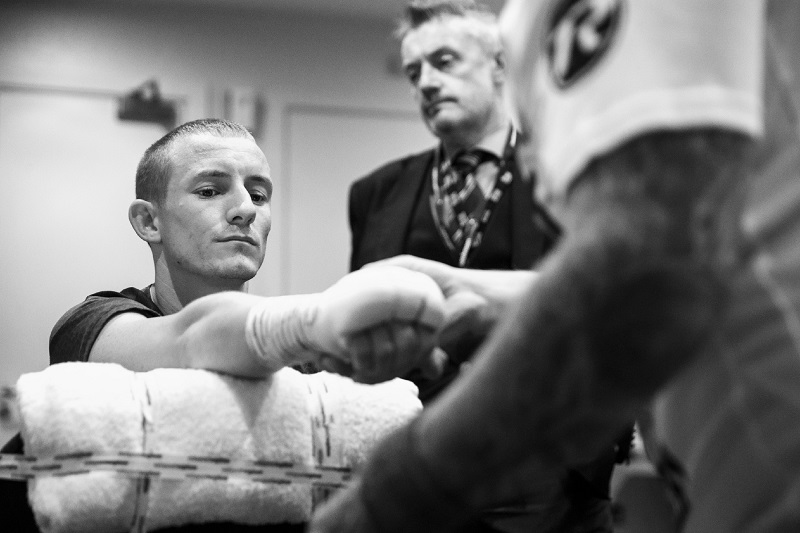 Butler Meets Rodriguez For Ibf World Title On May 5

Paul Butler gets the chance to become two-time IBF World Bantamweight champion when he tackles undefeated Emmanuel Rodriguez at The O2 in London on May 5, live on Sky Sports Box Office.

Butler landed the IBF strap in April 2014 by taking it from Stuart Hall in Newcastle before vacating the strap to move down to Super-Flyweight in March 2015 to challenge IBF champion Zolani Tete.

The ‘Baby Faced Assassin’ returned to 118lbs and back into title contention when he comfortably saw off Hall in a rematch in Liverpool in September, and is rated at four in the IBF, one spot behind top-rated Rodriguez.

The unbeaten 25 year old visitor is hotly-rated having raced to 17-0 in the paid ranks with 12 wins inside the distance, a rise all the more impressive following an amateur background that was stunted by a car accident.

Rodriguez’s trip to London is his first outside the Americas since turning pro and his first over the championship distance, and Butler intends to make the trip a miserable one for the Puerto Rican and reclaim his title.

“I’m very excited for this,” said Butler. “It’s the reason we came over to Eddie in the first place, I knew he would deliver the big fights for me. We’re just four weeks away. It’s a big test but I’m confident.

“It’s an honour to contest the IBF title again. I want to win it back then hopefully defend which I didn’t have the chance to do last time.

“It sounded a good idea at the time to vacate but looking back now I should have kept hold of the belt. I should have worked on my strength and conditioning, filled out and defended my title. I’ve definitely got some unfinished business with this – it would be brilliant to go out there and win it again.

“It’s a tougher test the last time I won the title, but I’m up for the challenge. I’ve improved myself. He’s touted to be this next big superstar, but how many of them come over here and get turned on their heads?

“I never used to look at my opponents, but since I’ve linked up with Joe he’s always sending me little clips. He looks a good kid, he likes to work at midrange but in truth I don’t want to say too much about what he does and doesn’t do well.

“I don’t care how big and tough he is – we both have two arms, two legs, he’s from Puerto Rico and I’m from Ellesmere Port so let’s get it on. I can see this being a very good fight, we both like to go body to head, head to body but I’ll come out being the two-time IBF World Bantamweight champion.”

Butler’s clash with Rodriguez is part of a huge night of action in Greenwich as Heavyweight rivals Tony Bellew and David Haye clash in a hotly-anticipated rematch.