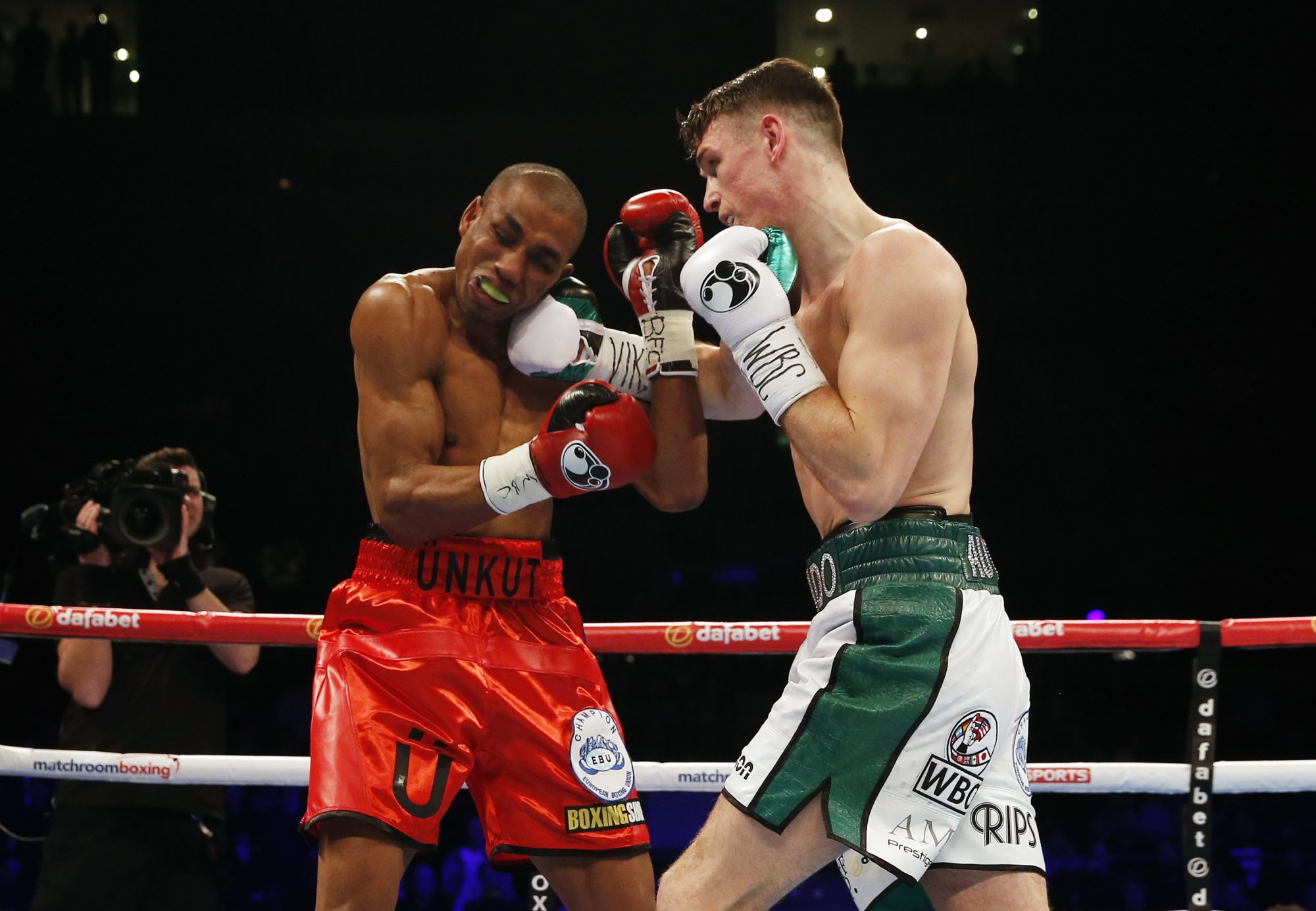 Callum Smith will defend his British Super-Middleweight title against Luke Blackledge at the Manchester Arena on December 10, live on Sky Sports Box Office.

Smith makes a first defence of the title he won in spectacular fashion last November when he knocked out local rival Rocky Fielding in Liverpool inside a round.

The unbeaten 26 year old is looking to move to 22-0 and add to his 16 KO wins, and it represents a chance to showcase his ability ahead of a World title tilt in 2017.

‘Mundo’ is the mandatory for the winner of the unification battle between IBF champion James DeGale MBE and WBC king Badou Jack who meet in Brooklyn on January 14.

Blackledge will want to derail Smith’s plans and rip the British belt from him, and Smith expects a stiff test from the former Commonwealth champion as he awaits his World title shot.

“Luke is a good fighter, he comes to win, he’s game and durable and it promises to be a cracking fight,” said Smith. “I’m proud to be British champion and I’ll defend it until I can get a fight for a World title.

“It was good to see James and Badou finally get their fight signed. I was in Washington in April when they both defended their titles and agreed to meet in a unification and I didn’t think it would take this long for the fight to happen.

“I didn’t think I’d have three fights before getting my chance to fight for the World title but they’re ready to fight and while it’s been a bit frustrating, I’ve been active and learning all the time and it’s exciting that I will be fighting for a World title next year.

“It’s a win-win for me. If Jack wins it’ll probably be in Vegas and that’s every fighter’s dream to fight for a World title in Vegas, but if James wins, which I think he will, then that’s a massive domestic fight and we’ve seen that the British fans love those events.”

Smith’s clash with Blackledge is part of a huge night of action in Manchester as Anthony Joshua MBE defends his IBF World Heavyweight title against Eric Molina.

Dillian Whyte faces bitter London rival Dereck Chisora in an official eliminator for the WBC Heavyweight title, Scott Quigg returns to action after treatment on his broken jaw following his unification blockbuster with Carl Frampton, and the Bury star moves up to Featherweight as he looks to regain his status as a World champion.

Irish amateur sensation Katie Taylor boxes for the second time in the paid ranks after making her pro debut at The SSE Arena, Wembley on November 26, Heavyweight wrecking ball ‘King Kong’ Luis Ortiz fights in Europe for the second time after clashing with Malik Scott in Monte-Carlo on November 12 and Hosea Burton will defend his British Light-Heavyweight title against Frank Buglioni.