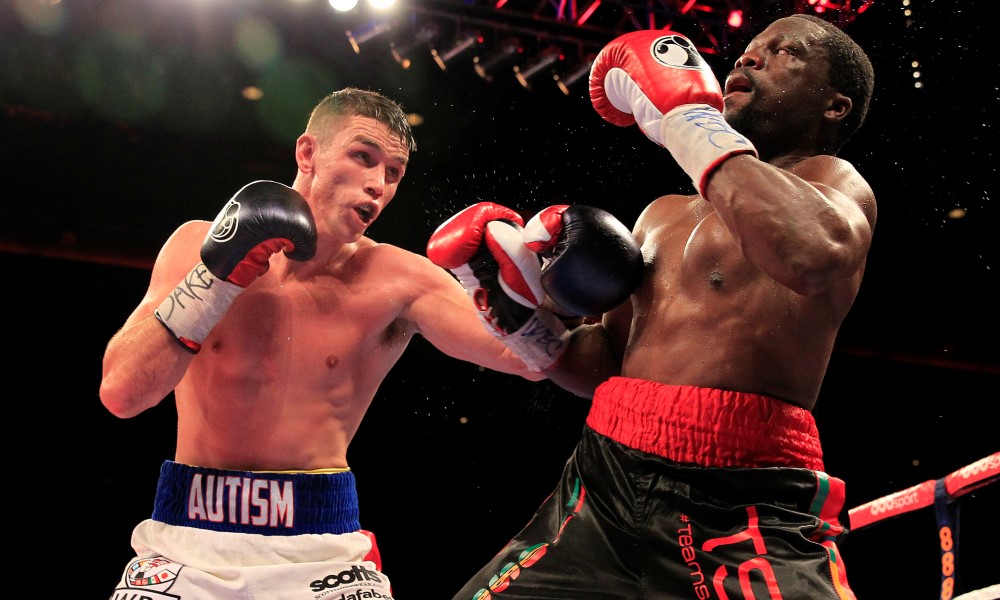 Callum Smith: I’ll Fight Anyone For A World Title

Callum Smith says he is ready to fight any Super-Middleweight for the vacant WBC crown.

Smith is set to fight for the WBC strap next and travelled to New York to watch the unification battle between WBC champion Badou Jack and IBF king James DeGale MBE end in a thrilling draw.

In the ring after the fight, Jack and his promoter Floyd Mayweather declared that the Swede would move up to 175lbs and yesterday he vacated the title.

‘Mundo’ will now wait to see who he will meet for the crown, with former champion Anthony Dirrell number two in the rankings behind Smith and likely to want to regain the title he lost to Jack in April 2015 – and Smith is ready to take on anyone to get his hands on the belt.

“I said before the fight that I was in a good position and that’s still the case – my next fight is going to be for the World title, that hasn’t changed,” said Smith.

“A draw or a Jack win was always going to create an interesting scenario but the only thing I care about is fighting for the World title.

“A lot of people have backed me since day one to win a World title and it’s going to be great to get out next time and prove them right.

“It’s never been Badou Jack or James DeGale that I want to fight, it’s the World title that I want; it doesn’t matter to me who it is. Anthony Dirrell is the next in line and if it’s him then great, let’s do it.”

Smith landed the mandatory spot in April after destroying Hadillah Mohoumadi inside the opening round of their final eliminator in Liverpool. The 26 year old had hoped to get his hands on a World title fight straight away but with the proposed clash between Jack and DeGale taking longer to solve than anticipated, Smith has boxed three times since moving into the number one position.

The Merseyside talent believes those fights will prove to be important when he gets in the ring, as will the experience gained of being around his brothers Paul, Stephen and Liam when they have boxed for World titles.

“It’s taken me longer than I expected and I’ve had a few fights since getting the mandatory spot, but that’s boxing,” said Smith. “I’ve built up a bank of experience, I’ve had a few more camps, kept to the weight and now whomever it is, I’m ready for them.

“If I’d boxed for it straight after beating Mohoumadi people would have said I was perfectly prepared but just because I’ve had a few fights perhaps down a level that doesn’t mean I’ve not got even better. If I was to fight a so-called fringe level fighter I would get criticised for not fighting for the World title, so I am happy for the way that my career has gone and I believe I’m in a good place to win a belt.

“I’ve been in camp with my brothers fighting for world titles as well as Anthony Crolla and Scott Quigg, and I’ve had worse nerves watching them than on any of my own fights. As stupid as it sounds, I feel like I’ve been there before as I’ve soaked it all up because I thought that I was going to fight for a world title when I turned pro so when it comes around it’s not going to be a big shock for me.”