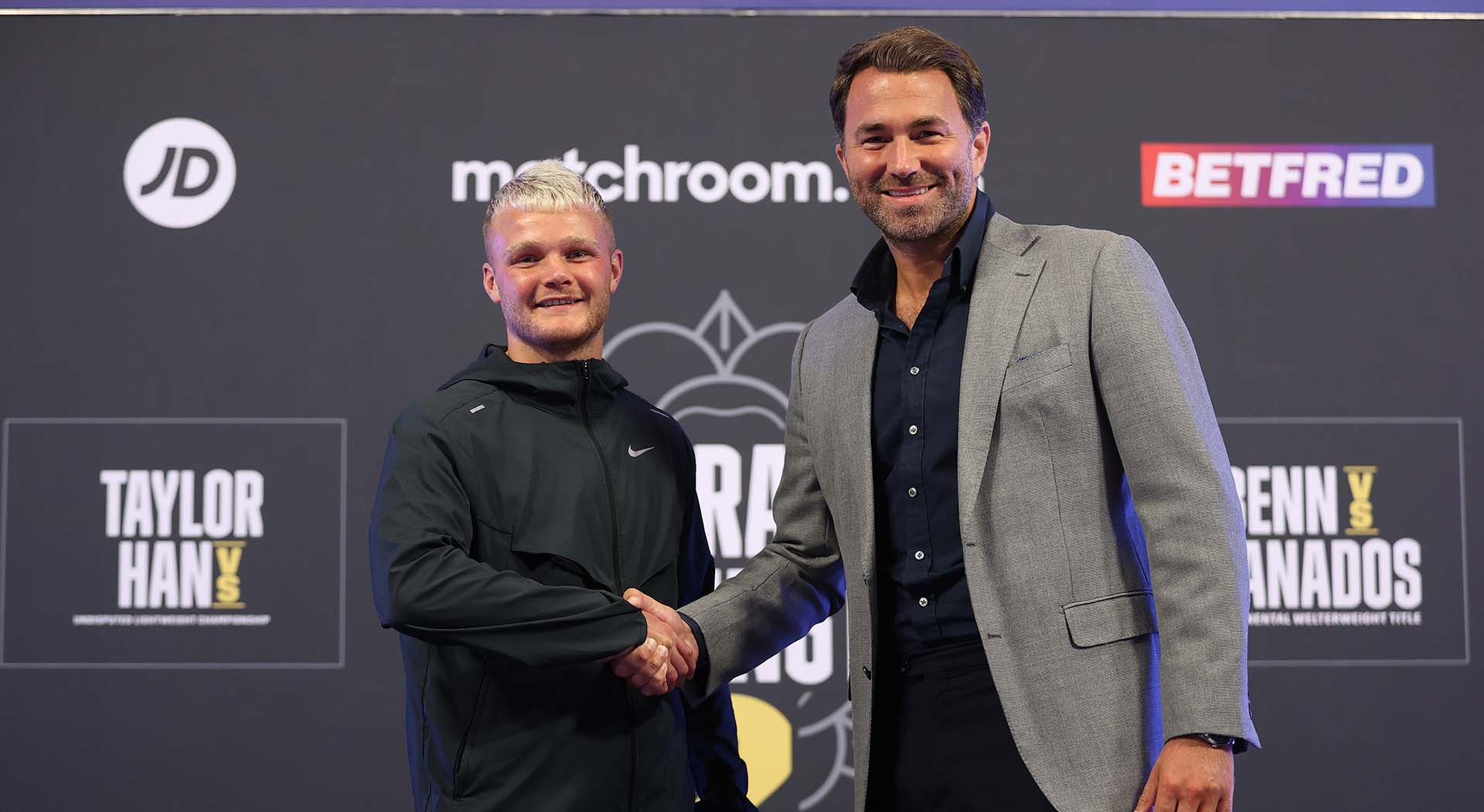 Calum French has signed a long-term promotional deal with Eddie Hearn’s Matchroom Boxing and is set to make his highly anticipated professional debut in November.

The former Team GB star from Gateshead, Tyne and Wear will begin life in the professional ranks campaigning at Super-Lightweight under the guidance of Graeme Rutherford alongside Cyrus Pattinson at the renowned Birtley Boxing Club in the North East.

French, a European bronze medallist in 2017, enjoyed a stunning 35-fight winning streak stretching from 2012 until 2017 during a glittering amateur career in which he frequently medalled for Team GB and reached the semi-finals with the British Lionhearts in the World Series of Boxing in 2018.

The talented 26-year-old was the country’s leading boxer at 60kgs and looked set for a place at the Tokyo Olympics until his weight class was taken away in 2019, forcing him to restart in a whole new division, competing against the likes of Luke McCormack and Thomas Hodgson.

“I’m overwhelmed with the opportunity I’ve been given to be a Matchroom fighter, I grew up watching the Matchroom shows dreaming one day I’d be boxing on them,” said French. “Today is the day it’s manifested into reality.

“I’ve done my apprenticeship at the highest-level representing Team GB and I hope that experience will serve me well going forward into the pro game. I want to thank Eddie Hearn for believing in me and giving me this opportunity and my advisor Charlie Sims at Huge Boxing for making it happen. Let’s have it!”

“I’m delighted to welcome Calum to the team,” said Matchroom Sport Chairman Eddie Hearn. “He has been an outstanding amateur for Team GB and will now get all the opportunities to achieve his goals in the professional code. I look forward to seeing Calum shine all over the world over the next few years live on DAZN.”

“I am delighted that Calum has signed with Matchroom Boxing, he is a super talent, capable of winning major titles as a professional and will no doubt headline huge boxing events in the North East,” said Charlie Sims, Professional Advisor at Huge Boxing. “Calum needed to be with a major broadcaster, and we feel he needed the opportunity to showcase himself on a global platform such as DAZN.”

"I grew up watching the Matchroom shows dreaming one day I’d be boxing on them!"