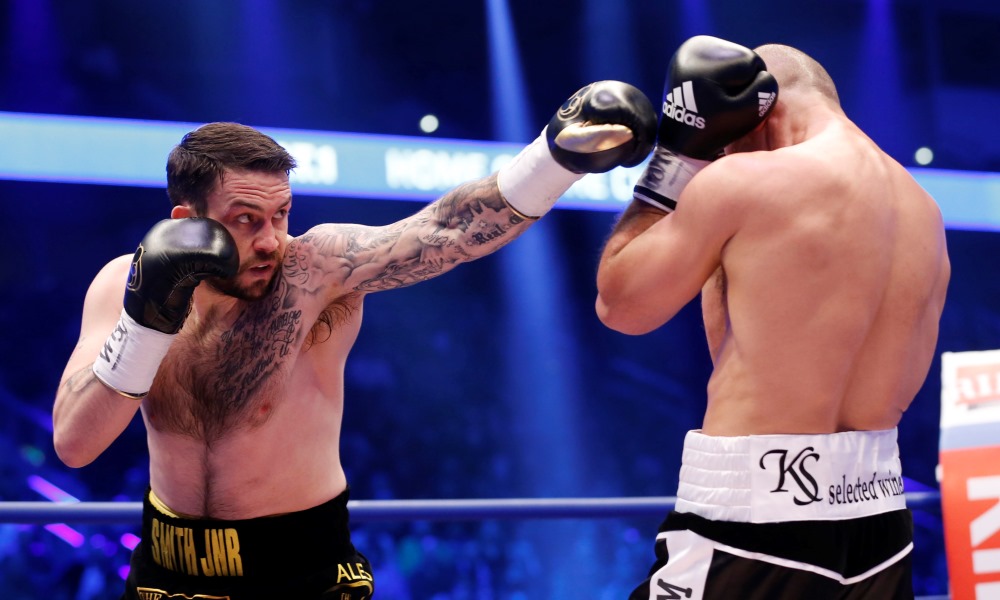 Paul Smith will face Andre Ward on June 20 at the Oracle Arena in Oakland, California, live on Sky Sports in the UK and on BET in the United States.

Smith has landed a date with the unbeaten WBA Super Middleweight king following his stellar performances taking Arthur Abraham deep in two challenges for the German’s WBO World title in Germany, and the Liverpool favourite takes on the toughest task of his career with his confidence high.

“I cannot wait to get back in the ring and test myself against a class act like Andre Ward,” said Smith. “I proved that I belong at the top level with my performances against Arthur Abraham and this is a challenge that I am relishing. Andre is a top pound-for-pound fighter and someone I respect a lot, but he has only boxed once in almost three years and I will give it everything I have got. I am fresh and confident going into this fight. It’s a massive opportunity for me and one that I took with both hands when it was offered. I have spent a lot of time boxing in the United States and I look forward to returning for this fight.”

Ward’s last outing was a wide decision win over Edwin Rodriguez in November 2013 which followed his destructive tenth round KO win over Chad Dawson in September 2012 in the hometown venue that he faces Smith in. The 31 year old defeated Carl Froch in the final of the Super Six in Atlantic City in December 2011 and he is keen to add a second British scalp to his impressive CV.

“I’m very excited to be coming back on June 20 at Oracle Arena in my hometown of Oakland which has been a long time coming,” said Ward. “I’m equally excited to be fighting on BET in front of a potential viewership of over 90 million homes. As a fighter, this diversifies my portfolio and puts me in front of a whole different audience. I have an extremely tough fighter in front of me in Paul Smith who’s looking to pull the upset, but I can’t let that happen. I have to be on my best game to turn Smith away and beat him the way I want to beat him. As always, I’m ready to put on a tremendous performance in front of my hometown fans and those watching on BET. This is a fight you don’t want to miss.”

Ward vs. Smith, presented by Roc Nation Sports, takes place Saturday, June 20 at Oracle Arena in Oakland, California, will be televised live on BET and streamed globally on TIDAL.com at 10:00 PM ET/7:00 PM PT and is presented in association with Matchroom Sport.