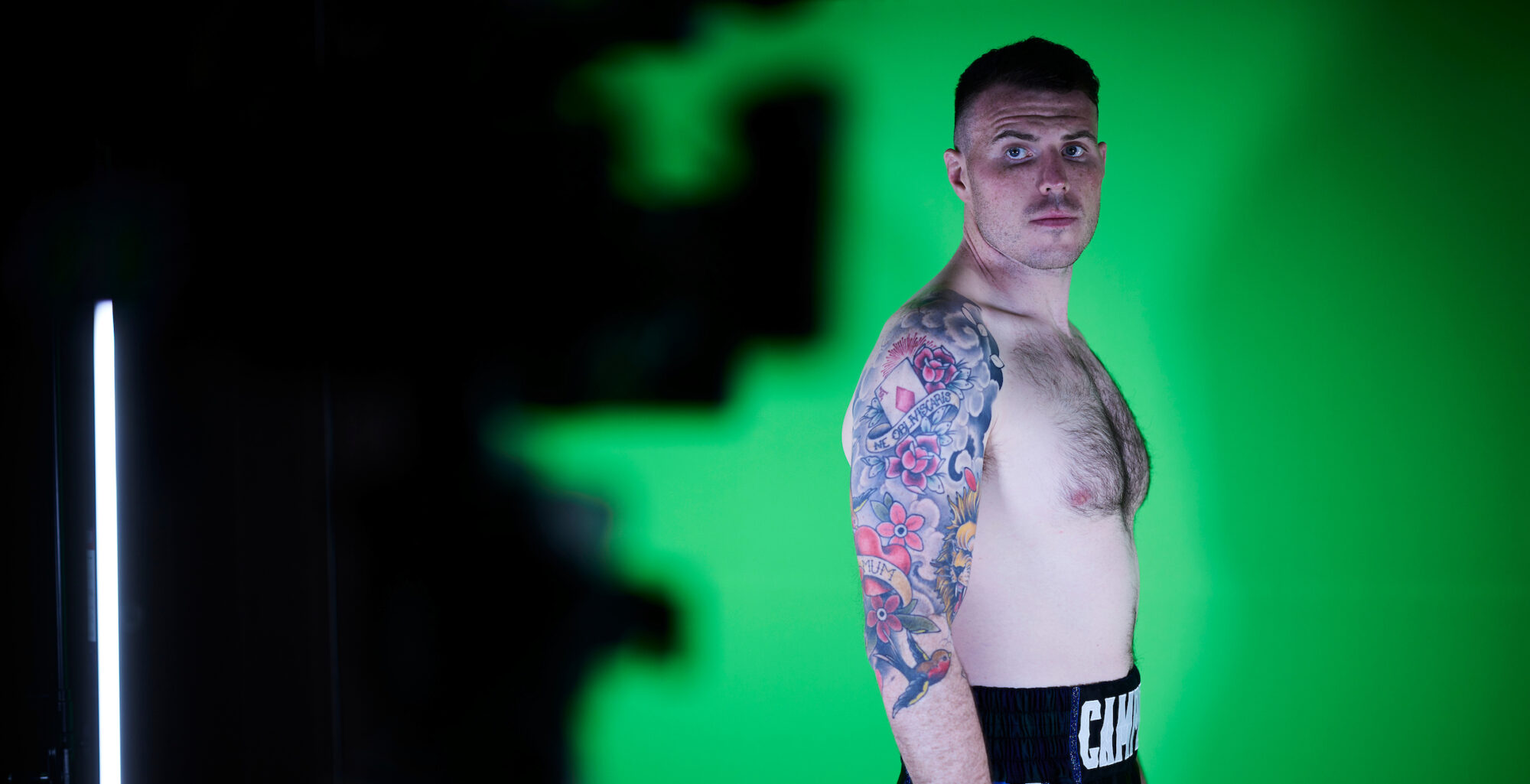 Campbell: Gerwyn Price shows it can be done

Rugby player turned Heavyweight boxing debutant Nick Campbell says he has been inspired by darts World Champion Gerwyn Price and former British Super-Lightweight Champion Curtis Woodhouse as he prepares to take on Petr Frohlich over six rounds this Saturday, live on Sky Sports in the UK and on DAZN in the U.S. and more than 200 countries and territories.

The Jersey-based Scot, who has won regional and national Heavyweight Titles in his homeland since switching sports in 2017, played eight years of professional rugby with Glasgow Warriors and Jersey Reds but now has his sights set on becoming his country’s first ever British Champion.

‘The Glasgow Warrior’, 31, will look to follow in the footsteps of former professional Welsh rugby hooker Price, who started competing on the PDC tour in 2014, and former Sheffield United and Birmingham City midfielder Woodhouse, who made his professional debut in 2006, as he aims to make a name for himself in a new sport.

“Gerwyn Price was on loan at Glasgow for six months from the Newport Gwent Dragons when I was there, and he’s now the darts World Champion!” said Campbell. “He’s an example of a guy that completely transitioned sports. I know it’s not boxing but it just goes to show you that it can be done.

"I want knockouts, to get people excited"

“Curtis Woodhouse is another one, football to boxing. He became a British Champion. Nobody can ever take that away from him. They’re probably the biggest two and the first that come to my mind. Sonny Bill as well over in New Zealand is having another dabble at the boxing.

“There is so much that applies between sports – discipline, getting up early in the morning, doing your recovery, doing rehab, doing the things that aren’t fun, the things that people don’t see. There are so many things I can take from rugby and apply it to boxing.

“I’m 6’7” and 18 stone – if I didn’t use those physical attributes, I’d be crazy. I want to get behind my jab, take the centre of the ring, I am very well-conditioned and take pride in how fit I am. No disrespect to some of the Heavyweights but some of them can’t condition themselves. I like to think, if I get the opportunity, I can put people out of there. I want knockouts, to get people excited.

“There has never been a British Heavyweight Champion from Scotland. If you are turning professional that’s what you have to aspire to. People laughed at Curtis Woodhouse but he became a British Champion. Why should it be different for me?

“To challenge for a British Title would be an amazing achievement. The last Scotsman to do it was Gary Cornish who was beaten by Sam Sexton. I understand the level of these fighters – Daniel Dubois and Joe Joyce competed for it last. I’m under no illusions. I’m prepared to sacrifice, dig down, work a lot to get there.”