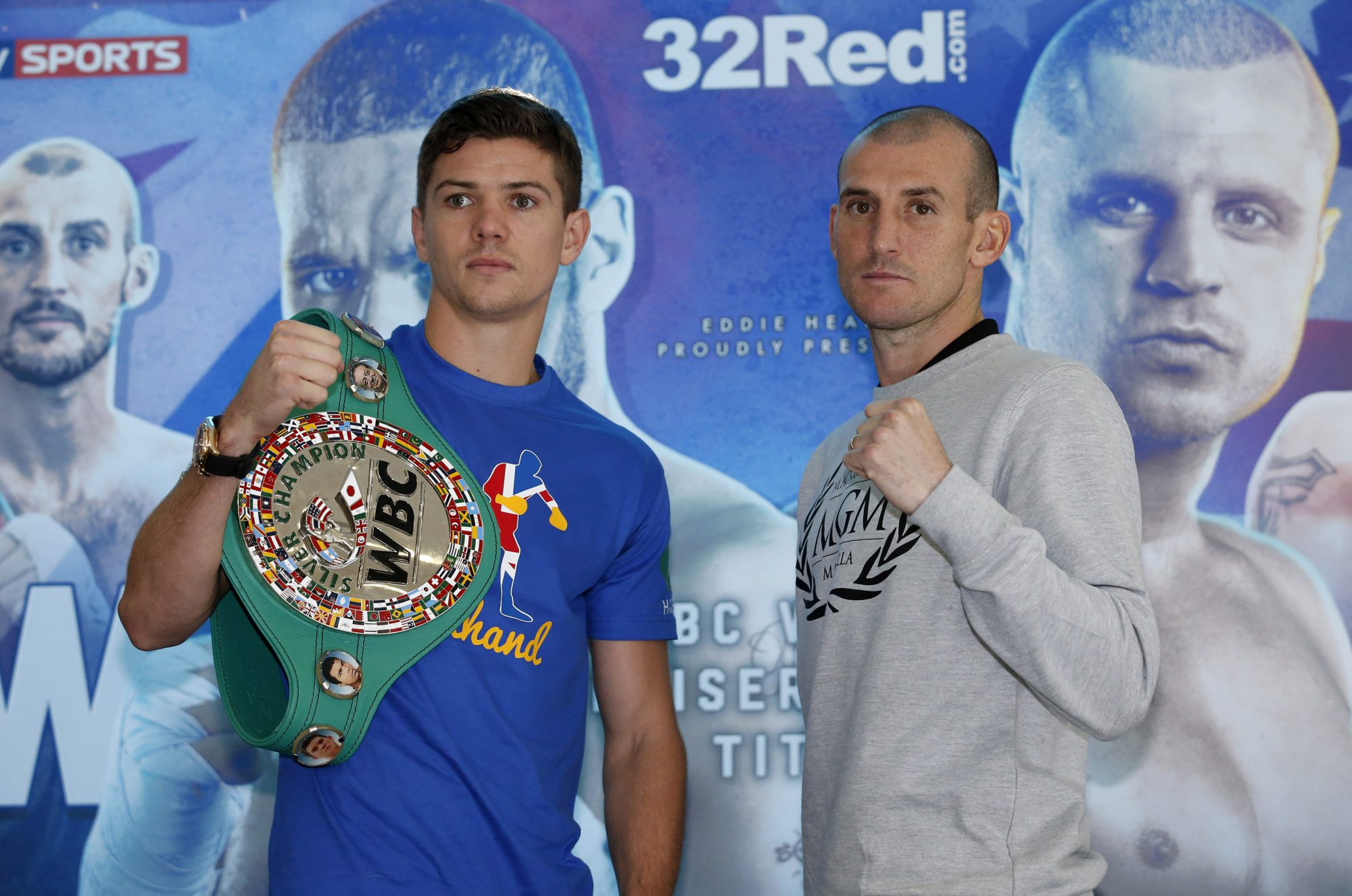 Campbell: I Must Pass Mathews Examination

Luke Campbell MBE says beating Derry Mathews is a must if he wants to prove he’s ready for world titles in 2017 as they clash at the Echo Arena in Liverpool on Saturday night, live on Sky Sports.

Campbell defends his WBC Silver Lightweight title against the experienced Liverpool favourite, whose last fight – his 50th – was here for the WBO World title against Terry Flanagan.

The Olympic gold medal hero landed the title in July outpointing Argenis Mendis in Leeds, and the Hull star says Mathews is the type of examination he needs to pass with flying colours to land a World title shot.

“This will definitely be my toughest test to date but that is what we look for,” said Campbell. “Every fight we progress with now is a tougher test and Derry is that. He is a tough warrior who likes a war and he is very experienced.

“I have been a fan of Derry for a long time. I used to watch him years ago. He is a great guy in and out of the ring and this fight is happening simply because the British fans have been dying to see it. As soon as it was announced people went crazy for it and that is why it is happening.

“Being involved in a fight the fans want to see is very important and it creates interest and everyone is buzzing about it. That’s what you want when you are fighting; for people to be buzzing about it.

“You don’t know what the key will be until you get in there. People’s game-plans can change once they start getting hit.

“Beating Derry would open doors because he is an experienced fighter who boxed for a World title in his last fight. I am climbing up the ladder and I want to keep climbing.

“I want to keep moving through the gears and I feel that this year that is exactly what I have done. This is my third fight this year and it will be my toughest opponent of the year.”

“This is Derry’s hometown but it doesn’t might the slightest bit of difference to me – I have had some great nights and have some great memories at the Echo Arena. I won the European Championships here, the GB Championships here, so the Echo Arena has been a good place for me and I am excited to be back here in front of the Liverpool fans. It is a great place to box, I love boxing in Liverpool.”

Campbell’s clash with Mathews is part of a huge night of action in Liverpool as Tony Bellew defends his WBC World Cruiserweight title against B.J. Flores.