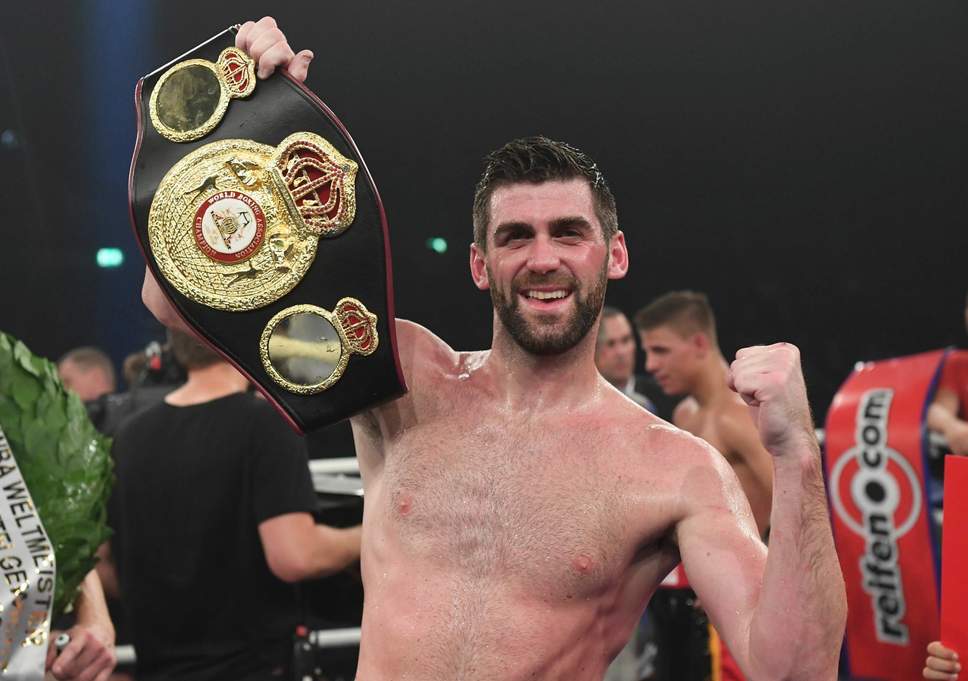 Canelo Alvarez (50-1-2, 34 KOs), the universally recognized middleweight champion of the world and the veritable face of boxing, will make his New York City debut as he faces WBA Super Middleweight World Champion Rocky Fielding (27-1, 15 KOs) in a special 12-round super middleweight attraction on Saturday, Dec. 15 at Madison Square Garden.

Additional details for the event, including ticket information, will be announced shortly.

Canelo, the 28-year-old native of Guadalajara, Jalisco, Mexico, is without a doubt boxing’s biggest star. After capturing two world titles and the lineal championship in the super welterweight division, Canelo moved up to middleweight to capture the WBC, Lineal and

Ring Magazine World Titles with a unanimous decision victory against Miguel Cotto in November 2015. Canelo has maintained his status as the lineal champion ever since. But after his historic win against Gennady “GGG” Golovkin in their highly anticipated rematch in September, Canelo captured the WBC, WBA and Ring Magazine Middleweight World Titles and established himself as the very best in the division. Canelo will look to capture a world title in a third division against Fielding.

“It has always been a desire of mine to fight in New York, and where better than at the Mecca of Boxing, Madison Square Garden?” said Canelo Alvarez. “I look forward to exploring this 160-pound division against current WBA World Champion Rocky Fielding. I will be representing the WBC as its current middleweight world champion as I continue demonstrating to the world that I am the best pound-for-pound fighter in the world.”

Fielding is a 31-year-old native of Liverpool, England who climbed the 168-pound rankings by fighting the toughest fighters in his native country. Fielding has only suffered one loss in his career, against who would eventually be a world champion in Callum Smith. Since then, he has scored six victories in a row, including his career-best win against Tyron Zeuge to capture the WBA Super Middleweight World Title in July. Fielding will defend his title in what will be his United States debut.

“This is everything that I’ve ever dreamed of – fighting a pound-for-pound star at Madison Square Garden for my world title,” said Rocky Fielding. “I can really punch. Everyone knows that. Let’s see what happens on the night when I catch him clean. He’s [Canelo] stepping up in weight, and he’s not going to be a big super middleweight. I know how good he is, but we will come up with a plan to beat him. I know I can catch him and put him to sleep.”

“It was about time that the biggest star in boxing headed to Madison Square Garden,” said Oscar De La Hoya, CEO and Chairman of Golden Boy Promotions. “Nearly every great fighter has fought at this historic arena. Canelo is establishing a historic legacy, and I’m excited that fans in New York will be able to see this great talent in such a famed place for boxing.”

“This will be a huge night for Rocky Fielding, and one he couldn’t turn down – the chance to fight one of the biggest names of the sport in an iconic and historic venue in Madison Square Garden,” said Eddie Hearn of Matchroom Boxing. “Although Rocky is the champion, we thank Golden Boy Promotions, Oscar De La Hoya and Eric Gomez for this wonderful opportunity. New York can expect a Liverpool invasion on December 15 and a great atmosphere in the Big Apple.”