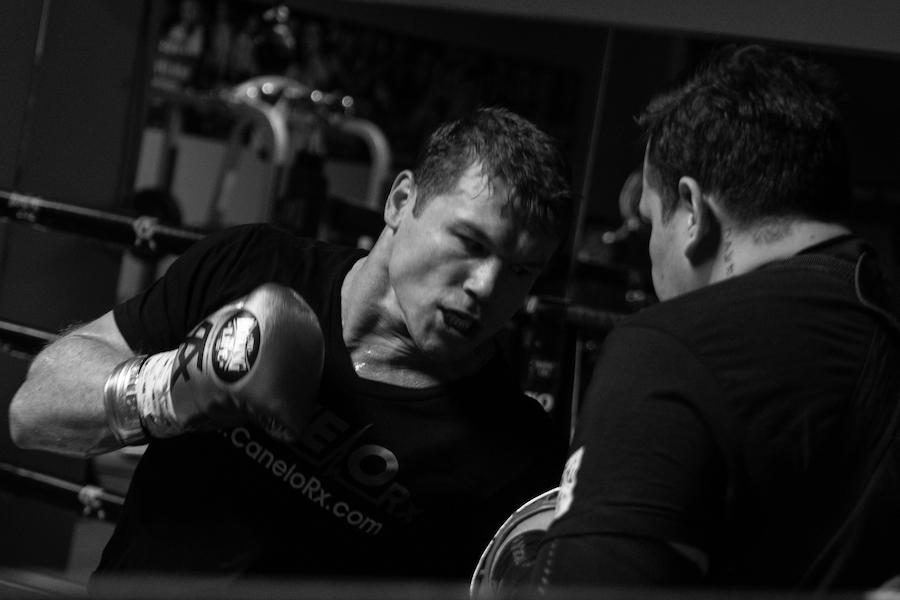 Saúl ‘Canelo’ Álvarez will defend his WBC, WBA Super and Ring Magazine World Super-Middleweight titles against Avni Yidirim on Saturday February 27 at the Hard Rock Stadium in Miami Gardens, Florida, live on DAZN in over 200 countries and territories (excluding Mexico) or on cable/satellite pay-per-view in the U.S. and Canada.

AN ANNOUNCEMENT ON TICKET ON-SALE DATES AND PRICES WILL BE MADE IN DUE COURSE – FANS CAN VISIT HERE FOR THE LATEST NEWS ON TICKETS.

Canelo (54-1-2 36 KOs) cemented himself as the number one pound-for-pound fighter in the world and the top dog in the 168lb division with a dominant win over previously unbeaten Briton Callum Smith in San Antonio, Texas in December with the WBA, vacant WBC and Ring Magazine belts on the line in front of a sold-out socially distanced crowd in the Lone Star state.

The Mexican star declared after the fight his desire to become the undisputed champion at Super-Middleweight, but before targeting the remaining belts, the four weight World ruler must deal with his dangerous WBC mandatory Yildirim at the home of the Miami Dolphins and Miami Hurricanes.

I’m very glad that we are able to bring this event to Miami, a short distance from where my hero, Muhammad Ali, trained.

“Avni Yildirim is a good boxer and I know we will put on an exciting fight,” said Canelo. “I’m very glad that we are able to bring this event to Miami, a short distance from where my hero, Muhammad Ali, trained. February 27 will be a great night for the sport.”

“On February 27, we take the next step in our journey to unify the Super-Middleweight division,” said Eddy Reynoso, Sport and Talent director at Canelo Promotions and Canelo’s trainer. “We will be facing our WBC mandatory opponent, Avni YildirIm. We are very happy with the alliance we have with Eddie Hearn and Matchroom to put on this bout together, especially in a new venue for us.”

Yildirim (21-2 12 KOs) has been biding his time to fight for the WBC title once again, having been frustrated in his last outing when his clash for the vacant crown with Anthony Dirrell in Minnesota in February 2019, with the clash ending in a technical decision win for Dirrell after he suffered a cut over his eye.

The 29 year old challenger will be aiming to shock the world two years on from that disappointment and does so in his third fight in the States and second in Miami, having beaten the ‘Road Warrior’ Glen Johnson in August 2015, and the Turkish star returns to the Sunshine State for the biggest night of his career.

“I am honored as a mandatory to fight again for the big green belt – thank you to everyone who is involved,” said Yildirim. “I always give my all – and everybody should be ready to see a war. I am coming to make my country proud – I am representing the whole of Turkey.”

Following a great night in San Antonio, Canelo teams up with Matchroom and Eddie Hearn for a two-fight deal starting with the clash with Yildirim, and Hearn is excited to develop the relationship with Canelo and his Ring Magazine trainer of the year and manager Eddy Reynoso.

“It is an absolute honor to promote the pound-for-pound number one and I’m so excited to head to Miami and the home of the Dolphins at the Hard Rock Stadium,” said Hearn. “Even in a pandemic, Saúl is looking to be more active than ever and in his plan to be undisputed he must overcome his mandatory challengers to keep his belt. Yildirim is the first of those challenges who will be attempting to dethrone the king on February 27. We look forward to a huge night of boxing on DAZN and the start of a huge year for Canelo.”

“How many fighters at this level return to the ring after two months? Canelo’s love for boxing and his fans is truly unique,” said Ed Breeze, DAZN EVP, Rights. “We’re thrilled to deliver our fifth consecutive Canelo fight to DAZN subscribers across the world.”

“We are excited to work with Canelo Alvarez, Matchroom and Eddie Hearn to bring world class boxing to Hard Rock Stadium for the first time in history with Canelo vs. Yildirim,” said Todd Boyan, Senior Vice President of Stadium Operations for the Miami Dolphins and Hard Rock Stadium. “Canelo is one of the top athletes in the world and this live event in a socially distanced setting will be a special night for boxing fans.”