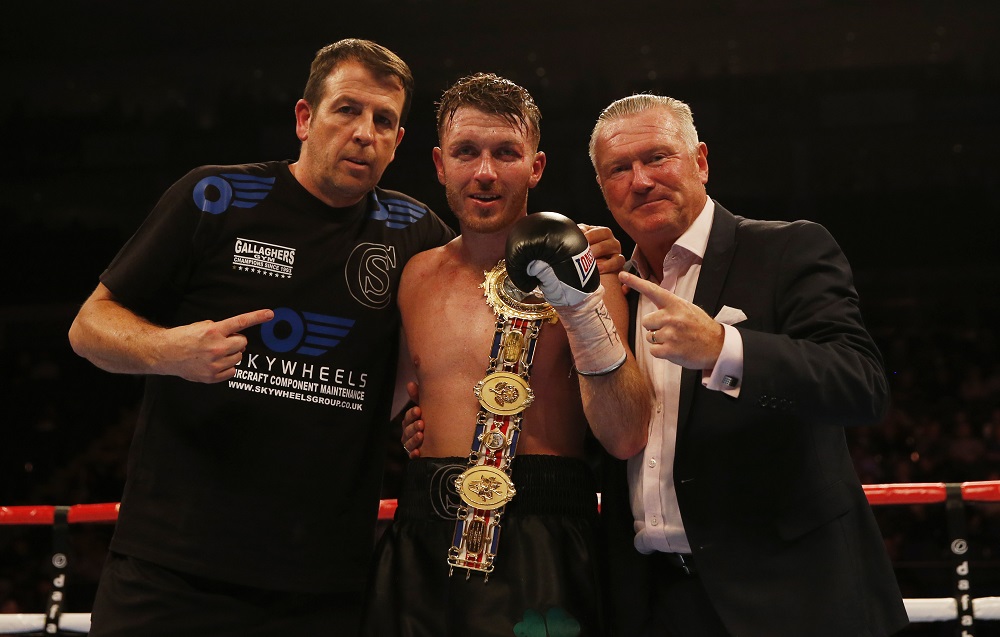 Cardle: I Need To Perform In Glasgow

Scotty Cardle feels he needs to produce a big performance in his British Lightweight title defence against Kevin Hooper at the SSE Hydro in Glasgow on Friday night, live on Sky Sports.

Cardle puts the British Lightweight strap on the line for the third time having beaten and drawn with Sean ‘Masher’ Dodd in two great scraps in Liverpool.

Hooper recently described Cardle’s reign as ‘average’, and that’s a sentiment that the champion agreed with. Cardle may not have been impressed with his performances against Dodd but both fights were real crowd pleasers.

The 27 year old looked to be heading to defeat in the first fight in November before scoring a dramatic 12th round stoppage at the Echo Arena. The pair met in the same venue five months later and Cardle held onto his belt by the slenderest of margins through a majority draw.

A third fight between the two was mooted but dismissed by Cardle who wants to put those performances behind him and blossom on the big stage on Friday.

“I’m determined to go out there and make a statement,” said Cardle. “I’m well overdue a big performance and I feel that this is the right stage and the right time to do so. You haven’t seen the best of me yet but on a big stage with the Scottish fans supporting me – I believe I will reach a new level.

“I’ve read his comments that I’ve been average, which in fairness I can’t disagree with that as I feel I’ve been below average in both Dodd fights.

“I always feel pressure when I fight. I never take anyone lightly, I didn’t against Sean Dodd believe it or not. Pressure is a privilege for me and I perform better under it. I’ve got to perform, no if’s, but’s or maybe’s. I’ve got to more to do than just win, it is the manner in which I do so, to get me to sit up and make people remember me and take notice.

“My mind is well and truly on the task this time – if I’m to progress on to the next level I need to demonstrate to everybody that I am a level above the domestic guys, which I truly believe I am.

“I’ve said in press conferences in the past that I’ve got aspirations to box at a higher level, go further to European level and who knows maybe beyond that. I’m not naive enough to look past Hooper and he has my undivided attention. But I feel this fight can be a stepping stone on to some truly great things for me.”