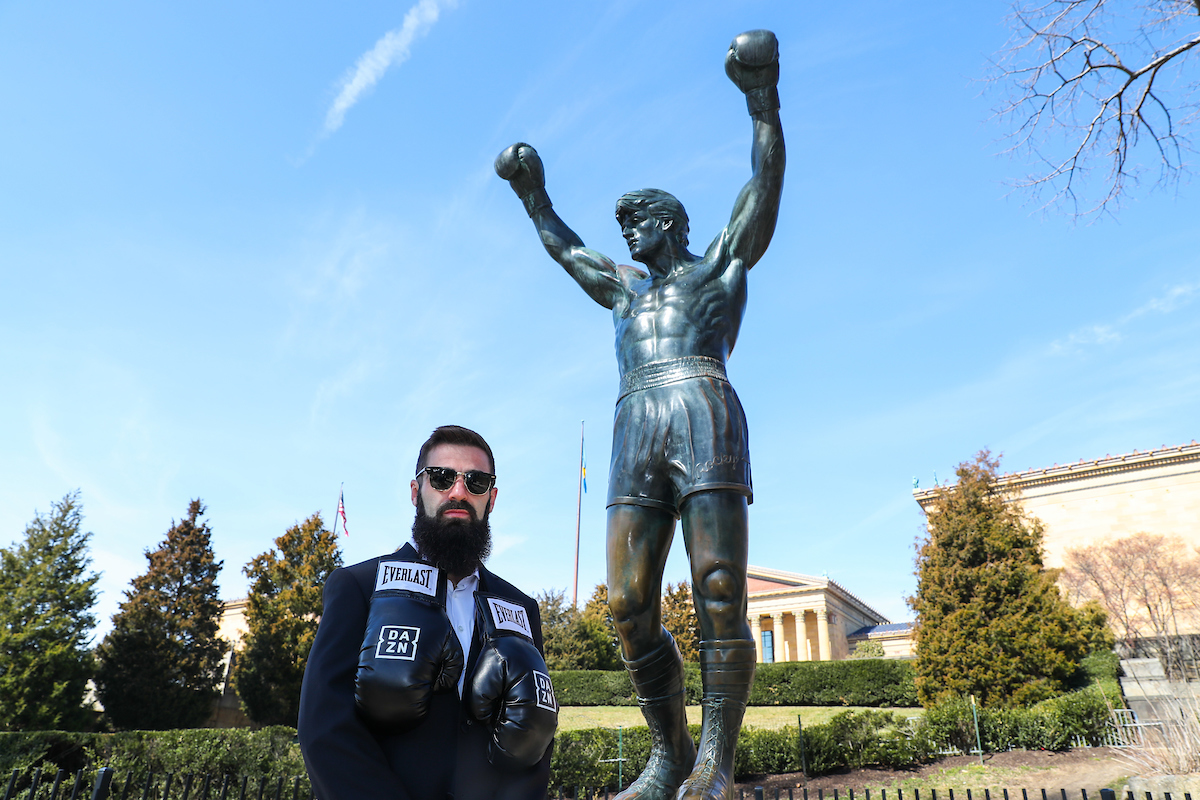 Carroll: This Is What Dreams Are Made Of

Jono Carroll says his clash with IBF World Super-Featherweight champion Tevin Farmer is a dream come true as they meet tonight at the Liacouras Center in Philadelphia, PA live on DAZN in the US and on Sky Sports in the UK.

Carroll (16-0-1 3 KOs) fights in his first World title bout against the Philly ace (28-4-1 6 KOs) who defends his title for a quickfire third time in five months.

A tense fight week comes to a head tonight in Farmer’s hometown, with the pair passing their IBF check-weigh this morning, champion scaling 138.7lbs and the challenger 138.5lbs in what he calls a ‘life changing’ title shot.

The unbeaten Irishman says he couldn’t have scripted a better scenario for a World title fight just two days before St Patrick’s Day, and having said he’s ‘rattled’ the champion in the build-up, he also believes that Farmer may have underestimated him following his draw against Guillaume Frenois in his last fight in December.

“This is what dreams are made of – topping a bill in America for a World title on St Patrick’s Day weekend,” said Carroll. “This changes my family’s life forever. I always come to bring the fight, I wear my heart on my sleeve so every time I am in that ring you get the purest me.

“I hope that people are sleeping on me because of that last fight, when you become number one in the world and you fight for a world title, people are going to watch you – and they want to be entertained to boot, and I bring that extra bit of entertainment with me as they don’t know what I am going to do next, they can’t know because I don’t know!

“No disrespect to Tevin, but I think he’s a boring fighter, whereas I come to bring the fight, so it’s a perfect gel of styles, and styles make fights. If you get someone that’s just going to stand there and let him dictate it’ll be boring, but I bring it and I’m a big believer in law of attraction and that’s why we’re here.

“I don’t know why Tevin and I started to have beef, one thing just led to another and it escalated. Any man that fights for a World title you have to respect – and he’s a World champion defending his title for the third time. You cannot take anything away from him and you have to respect what he’s done in the sport, and he’s done it the hard way.

“I have to be smart in there and show that there’s a lot to my game too. I cannot be a one-trick pony that just comes forward, and I am not that anyway. My Dad always told me that you cannot be one-styled as a fighter because someone will come along that has the formula to beat that style. There are times in there where I’ll have to be smart, times I will need to stand and fight, there’s loads of things that I will need to do, but I know I am capable of doing them and I feel that this shot has come at the right time.

“I didn’t box to my ability against Frenois, but things happen for a reason, I take it as a blessing. I did a lot wrong in the fight, I planned to box him and be smart and did that for the first five rounds, perfectly, but then I caught him with a big shot that rocked him and I thought ‘now I am going to take him out’ so I started throwing bombs as I thought i could hurt him any time.

“So instead of sticking to the gameplan I started throwing big shots and that drained me, it was stupid and not what I’m capable of. I wasn’t up to scratch and maybe I looked past him a little bit and his experience showed as he came on strong in the latter rounds. It was a lesson, it showed me that I just cannot roll over people at World level, he’s a tough man and he could bang.”

Carroll’s clash with Farmer is part of a huge night of action in Philadelphia as Irish sensation Katie Taylor (12-0 5 KOs) looks to unify the Lightweight division once again, putting her IBF and WBA straps on the line against Brazil’s WBO champion Rose Volante (14-0 8 KOs).