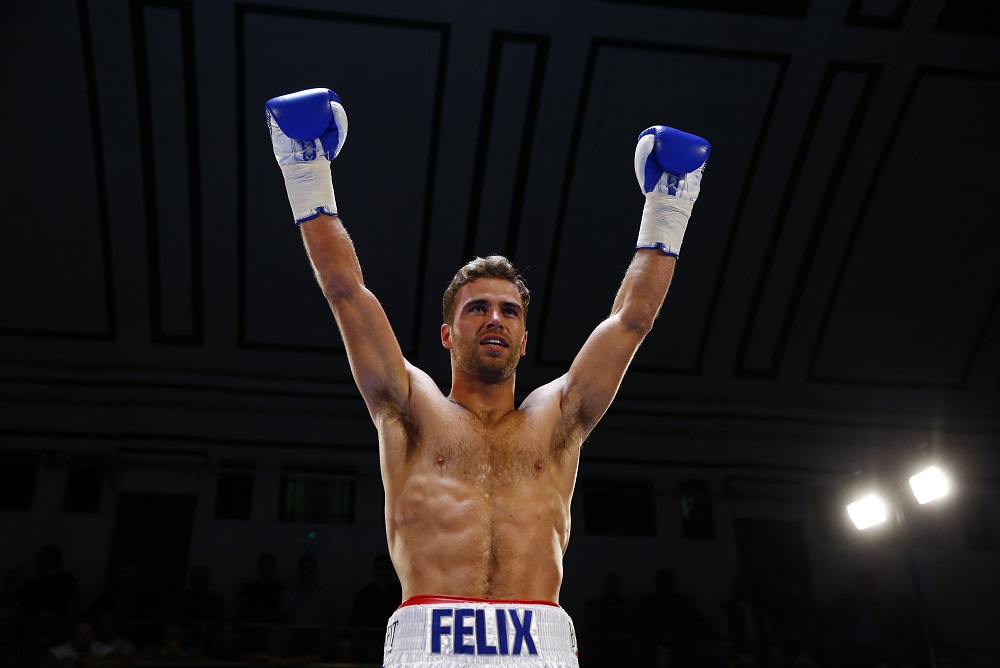 Cash Goes For First Title At The Copperbox Arena

Felix Cash will fight for his first pro title against Stephen Danyo when they clash for the Vacant WBC International Silver Middleweight crown at the Copper Box Arena on October 27, live on Sky Sports in the UK and DAZN in the US.

Cash, 25, moved to 9-0 after a dominating 80-71 points win over Francis Tchoffo at York Hall in June and the former Team GB member is delighted to be fighting for his first pro belt after an injury-hit 2017 that only saw him fight three times.

“This has been a long time coming,” said Cash.

“I’m looking forward to getting in there and fighting for my first pro title. It’s taken a little longer than I expected but it will be worth the wait when I get my first title under my belt.

“It’s been frustrating watching everyone else in the gym progress and fight for titles, especially when you know you’re good enough to be in the mix, but my time has come and it’s up to me to grab the opportunity with both hands.

“I do feel like I’ve been avoided on the domestic scene, it’s been a bit of an awkward time but the bigger fights will start to come once I win my first title at the Copper Box Arena. It’s a good title and owning it will push my name right into the mix.”

Cash vs. Danyo is part of a huge night of action at the Copper Box Arena topped by Islington’s John Ryder taking on undefeated Russian Andrey Sirotkin in a Final Eliminator for the WBA Super-Middleweight World title.

Bitter Super-Welterweight rivals Ted Cheeseman and Asinia Byfield clash for the vacant British title in one of the most anticipated domestic fights of the year.

Gortan’s Ryan Doyle looks to build on his shock win over Reece Bellotti as he defends his Commonwealth Featherweight title against the talented and undefeated Jordan Gill. Luke Watkins and Isaac Chamberlain meet in a crunch Cruiserweight contest as both men look to move on from first career losses to rising star Lawrence Okolie.