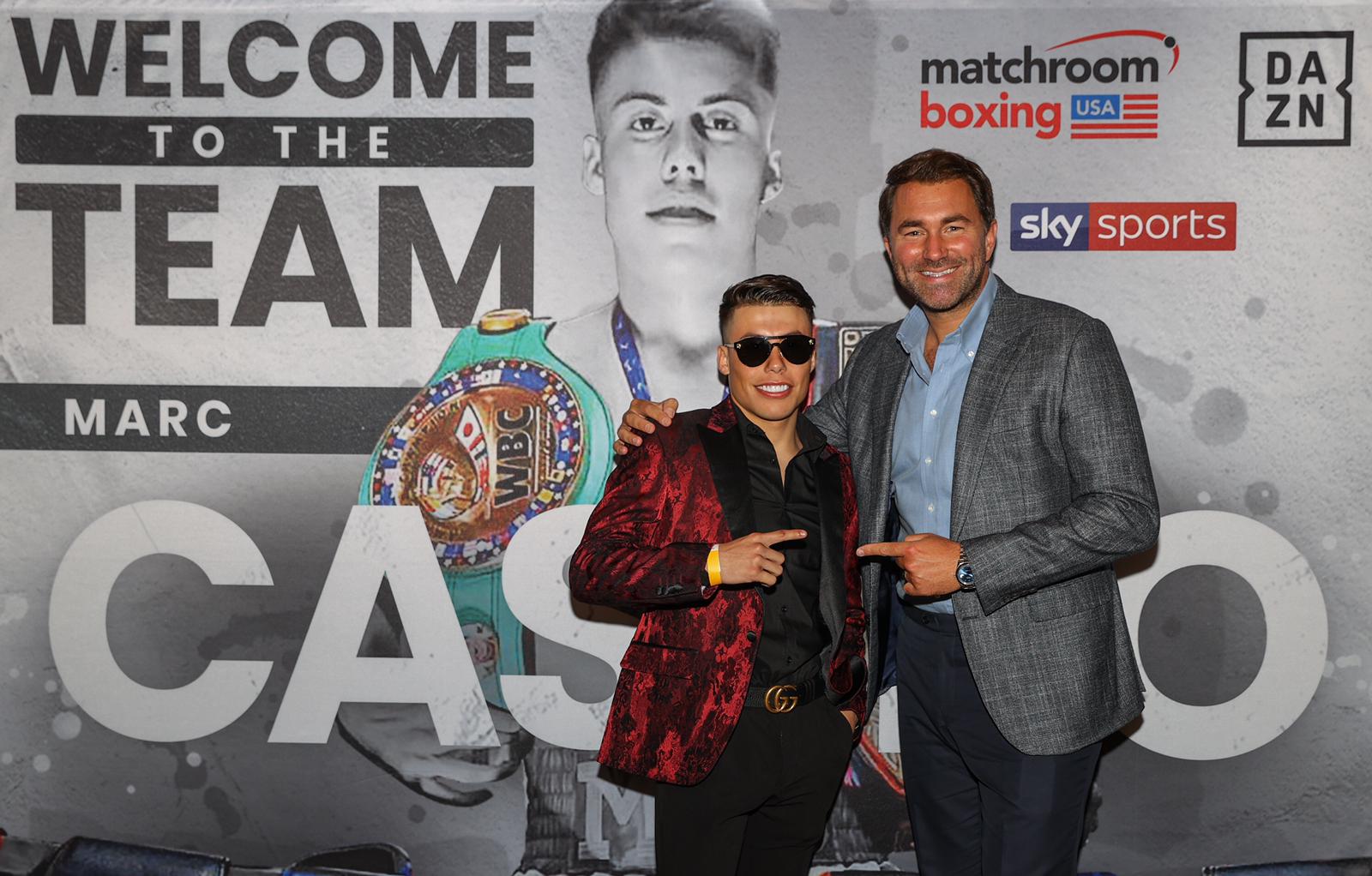 Castro: I’ve Signed With The Best In Eddie Hearn

Marc Castro cannot wait to get his pro career underway when boxing returns and in the latest episode of ‘Peleamundo’, the hot prospect says he has the best team backing him to guide his journey to the top in promoter Eddie Hearn and manager Keith Connolly.

Castro announced he was turning pro with Hearn and Matchroom Boxing USA ahead of the huge fight night in Dallas in February, with the Briton winning the race to land the amateur standout who as an amateur boasted a record of 177 wins and 7 losses with a stellar 48-1 record in international and national competition, and in addition to being a two-time Amateur World Champion, Castro is a 16-time National Champion, three-time National Silver Gloves champion, and two-time National Junior Olympics Champion.

The 20 year old will be eager to hit the ground running after the enforced hiatus on the sport, and the amateur sensation feels confident that with Hearn and Connolly behind him, he can reach his goals.

“It feels really good to sign with such a great promoter like Eddie,” said Castro. “He gave me what I asked and it’s such a great opportunity for my professional career

He gave me everything I wanted and he’s honestly the future of the Sport. My family and I feel really good with Eddie. He feels like family.

“It feels good to have Keith as my manager because he is someone in the sport who has experience in the big fights but also has prospect like Nikita Ababiy and Reshat Mati. He has a lot of respect in the boxing world.

“I think I’m going to have a great career. My dreams are finally coming true with this and all my family has sacrificed so much. So, it’s so important to me to earn money and take care of my family.

“I want to be World champion, to unify the divisions, be a fighter of the people that they remember me as one of the great Mexican fighters and that they think of me when they think of Boxing. And that’s a lot right now but that’s what I’m thinking of achieving step by step.”

There is still one piece of the jigsaw that Castro has to put in place before he steps through the ropes, and that’s his trainer. One man in the frame is Ring Magazine trainer of the year Eddy Reynoso, who also appears in the second Peleamundo, and trains Castro’s longtime friend Ryan Garcia.

“I trained with Eddy Reynoso 2019 for a month,” said Castro. “He’s a great trainer. He has Canelo and everything. It was a great honor to train with him.

Castro is the latest future star to appear on ‘Peleamundo’ and he appears on the show along with Reynoso and his exciting WBC World Flyweight champion Julio Cesar Martinez.