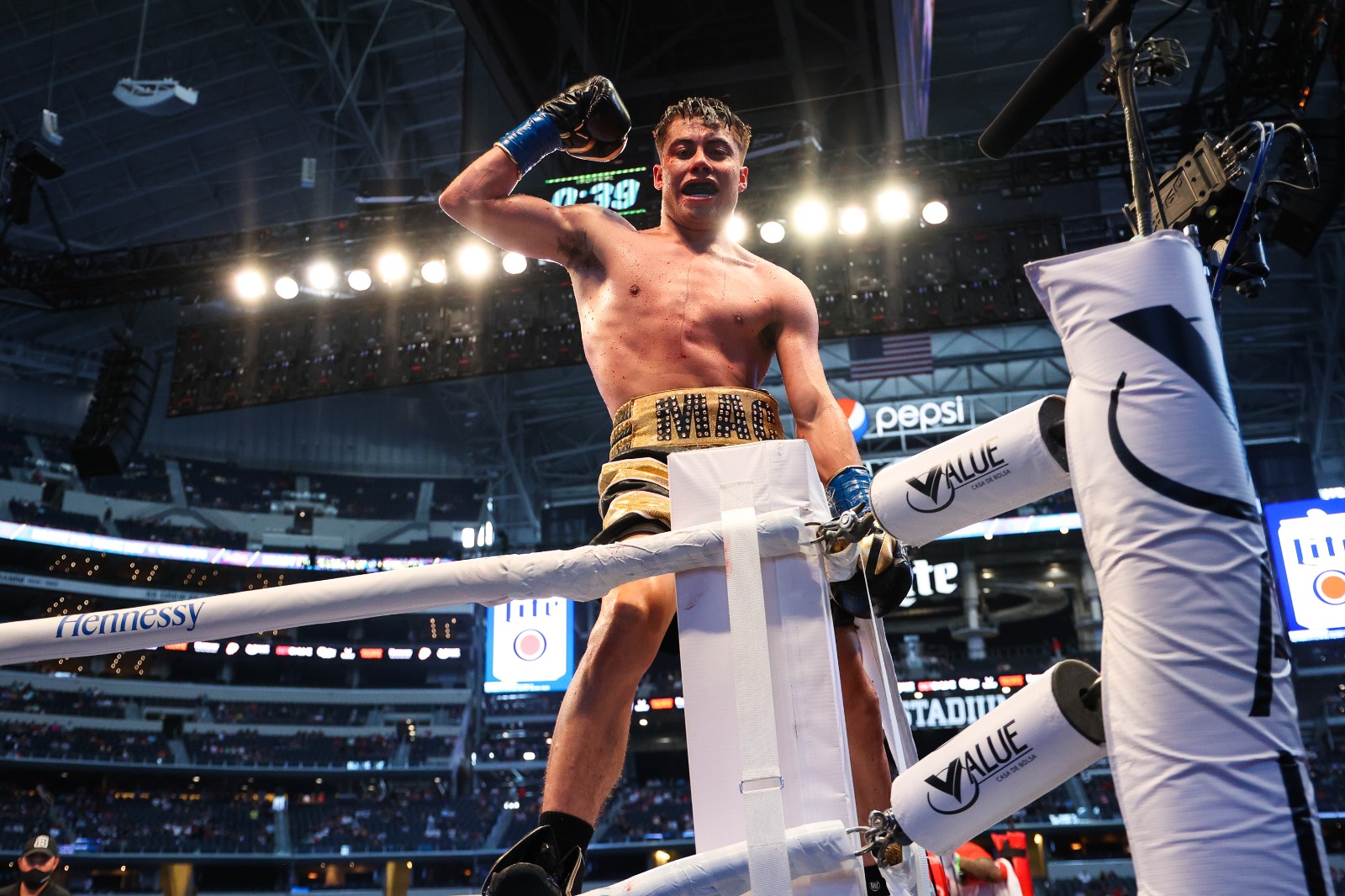 CASTRO ‘THRILLED’ TO BE FIGHTING IN FRESNO

Marc Castro says he’s ‘thrilled’ to be fighting for the first time in the paid ranks in his hometown as he takes pride of place on the undercard of Mikey Garcia’s clash with Sandor Martin on Saturday October 16 at Chukchansi Park in Fresno, California, live worldwide on DAZN.

TICKETS ARE ON SALE NOW AT TICKETS.COM

Castro (3-0 3 KOs) has dispatched all three of his opponents inside the distance since joining the paid ranks in December, with all those fights coming on the undercards of Mexican giant Canelo Alvarez.

The 22 year old will be looking to land a fourth KO in the paid ranks on his home patch, and the former three time National Silver Gloves and two-time National Junior Olympics champion is ready to thrill his hometown faithful.

“God’s timing is perfect, I’m grateful and thrilled for the opportunity to fight in front of my hometown for the first time as a pro,” said Castro. “I’ve always had amazing support in Fresno and I’m so proud to be fighting there on October 16, hopefully the first night of many to come!

“Fighting at home is important for me – I know that there are massive fights ahead of me in the future, and I would love for them to take place in Fresno.”

There’s plenty more young talent on the card with unbeaten Australian Super-Featherweight Brock Jarvis (19-0 17 KOs) fighting under the Matchroom banner for the first time and Diego Pacheco (12-0 9 KOs), Nikita Ababiy (10-0 6 KOs) and Khalil Coe (1-0 1 KO) all looking to add wins to their impressive starts in the pro game.

“What a great occasion for Marc on October 16,” said promoter Eddie Hearn. “Fighting for the first time as a pro in your hometown is always a big deal, but Marc will take it in his stride and show the fans in his backyard that they are in for a ride to the top if they join him on his journey.

“It’s a stacked card in Fresno with Mikey’s fight with Sandor and two cracking World title fights at Light-Flyweight, and with Marc being joined by fellow young guns Brock, Diego, Nikita and Khalil; it’s going to be a great night of action in California.”