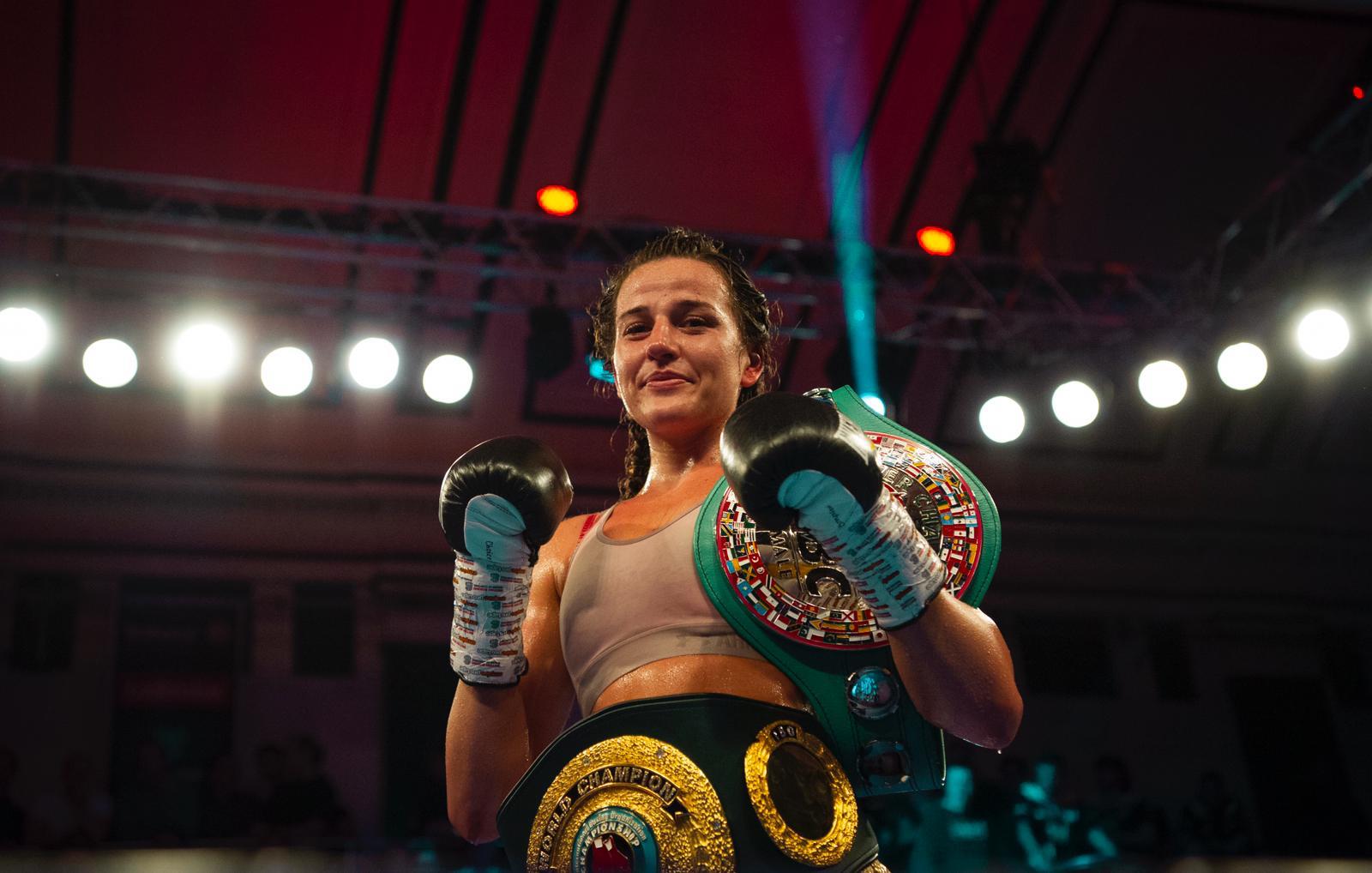 Welcome to the team

Trained by Jamie Moore at the VIP Gym in Asltey and managed by MTK Global, 29-year-old Cameron says a huge showdown with her idol Taylor is at the top of her wish list but she won’t put her career on hold waiting for it and is already targeting other opportunities.

“Matchroom and Sky are a huge platform,” said Cameron. “It’s always been in my sights and I’ve not had the chance until now to link-up, I can’t wait to get going. Day by day under Jamie and Nigel I’m improving but I’m still not the finished article. This time has allowed me to work in different areas I probably wouldn’t have focused on in proper training camp.

“I wasn’t expecting to become mandatory in two weights, it was a bit of a shock but I’m delighted with MTK and Jamie since we’ve all come together. The last two fights have been great matchmaking and now a World Title shot is not too far away either at Lightweight or Super-Lightweight.

“Before my first pro fight people were asking me to fight Katie. I’m a massive fan, she’s a legend and I look up to her but at the same time I’m her Mandatory and I want that fight. That being said, I don’t want to be hanging around waiting – it could be years away, she has a fight lined up and is also talking about other fights.

“I want to win World Titles myself and can’t be sitting around waiting for that fight. As it stands, I’m not sure what the next move is given what’s happened with COVID-19 but I’ll be ready to go when the call comes. I’m looking to put on a good show for my Matchroom debut, first impressions last.”

“I’m delighted to welcome Chantelle Cameron to the team,” said Eddie Hearn. “I’ve been watching her closely over the last couple of years and she’s a huge talent – exciting, relentless and punches very hard. I believe she is going to go on and become a multi-weight World Champion. Her next fight will be for a World Title and we’ll announce it in the next couple of weeks. Women’s boxing is on fire right now and I’m so excited to be a part of it and deliver huge nights on sky sports and DAZN.”

I’m looking to put on a good show for my Matchroom debut, first impressions last!