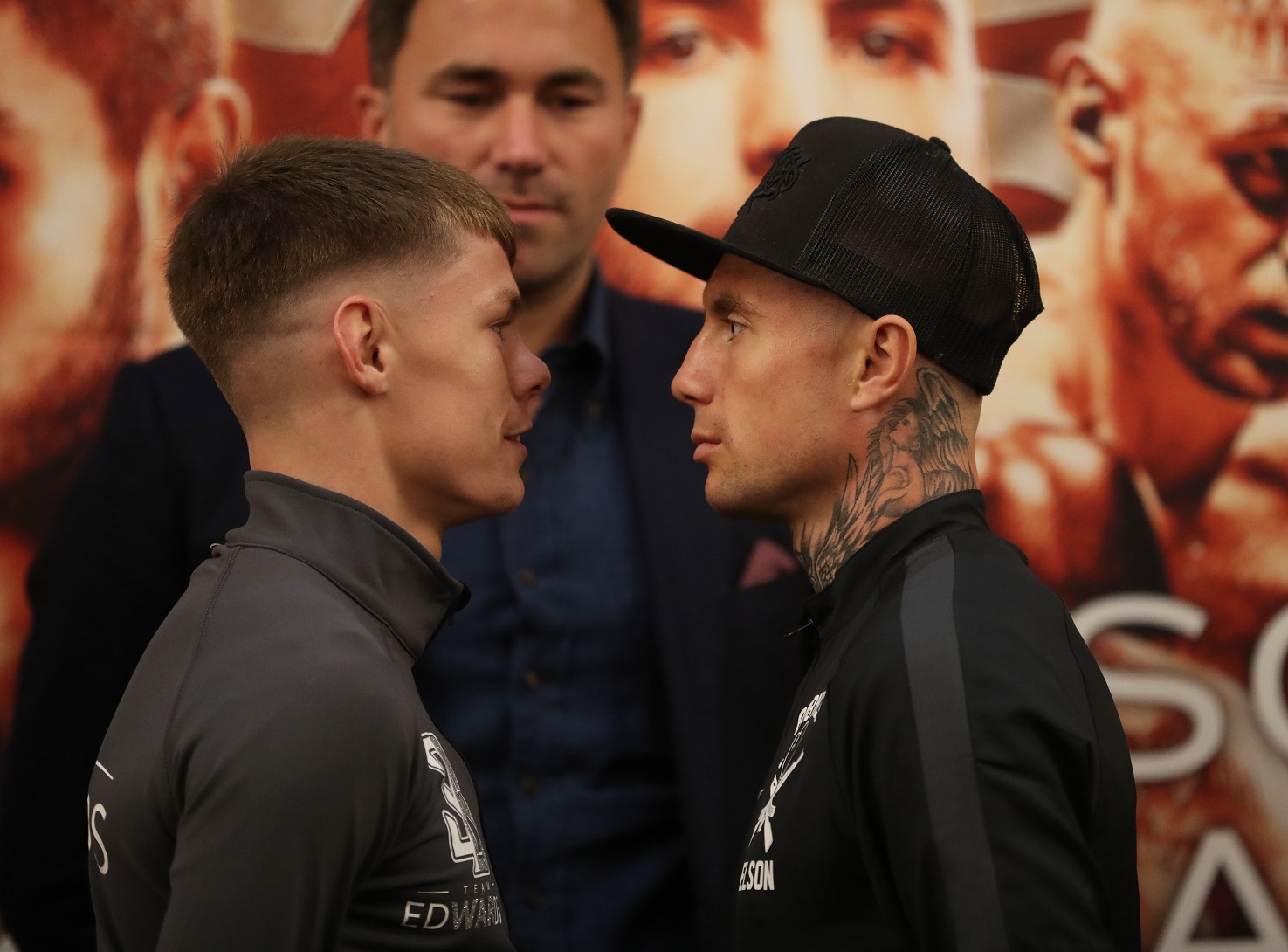 Charlie Edwards: Nelson Is Made For Me

Charlie Edwards finally gets his hands on Anthony Nelson on Saturday night at the Metro Radio Arena in Newcastle for the WBA Continental Super-Flyweight title, live on Sky Sports – and the Super-Flyweight talent believes a big win can put him back in the World title mix.

Former World title challenger Edwards has been chasing a showdown with Nelson for some time, with the local man returning to the ring in April following his epic battle with Belfast star Jamie Conlan in April 2016 for the Commonwealth Super-Flyweight title.

The Surrey star thinks Nelson is made for his style and he’ll impress in front of the Sky Sports cameras once again as he targets world honours – and a possible domestic blockbuster with WBA king Kal Yafai – by the end of the year.

“I’ve been away and silenced the home supporters before so it’s nothing new to me,” said Edwards. “That gives me that little bit of added motivation. It’s sure to be a great atmosphere in the arena but I’ll be coming out on top.

“I’ve wanted to fight Anthony for a while. We tried to get it on the last Matchroom Newcastle show just after I won the British but it didn’t come off. It looked like he might have retired but now he’s back with a win and it’s locked in – I’m more than ready.

“I’ve been in the gym the whole year so with the experience I’ve picked up in that time, you’ll see the progress.

“Nelson is made for me, I think I’ll break him down. He’s slow on his feet, he’ll try plod on getting close but I’ll keep him on the end of my jab. I’ll make him miss then make him pay – I’m a more spiteful fighter now which is something I have been working on.

“He showed how tough he can be with that fight of the year war with Jamie Conlan a while back so it’s sure to be a great fight for the fans.”

Edwards has already challenged for a World title when he met John Riel Casimero for the IBF Flyweight crown, gamely taking the talented Filipino ten rounds in London in September 2016. The 25 year old has been hunting a showdown with WBA champion Kal Yafai, who made a third defence of his crown in LA last month, and believes he can pin down the Birmingham man by moving up the WBA rankings, starting on Saturday .

“Yafai retained his World title the other week and it seems he’ll fight out in America again but it’s time to focus on my own path,” said Edwards. “It doesn’t look like he wants to fight me, so if I want that shot I’m going to have to force the issue and winning this WBA ranking title gets me on that ladder. I want the fight but I can’t let it hold me up. I have to back him in to a corner, he might even get beat before I get to him.

“I had a first round blow over in my last fight back in February which was a bit of a waste of time, it’s been a frustrating year but you’ve got to move on. I was chasing Kal and then something else didn’t come off so it was a bit of a late period.

“I need to make a statement, when you break it down it’s been a year since my last meaningful fight so it’s time to pick up and push on. I’ve been sparring Ryan Burnett and Paul Butler a lot over the past year so I’m mixing it at the highest level.”

Edwards’ clash with Nelson is part of a huge night of action in Newcastle as Lewis Ritson defends his British Lightweight title against Paul Hyland Jnr and Josh Kelly challenges Kris George for the Commonwealth Welterweight title.

Gavin McDonnell defends his WBC International Super-Bantamweight title against Stuart Hall in a must-win clash for both men, Arfan Iqbal defends his English Cruiserweight belt against Simon Vallily and Ricky Burns fights for the 50th time in the paid ranks.