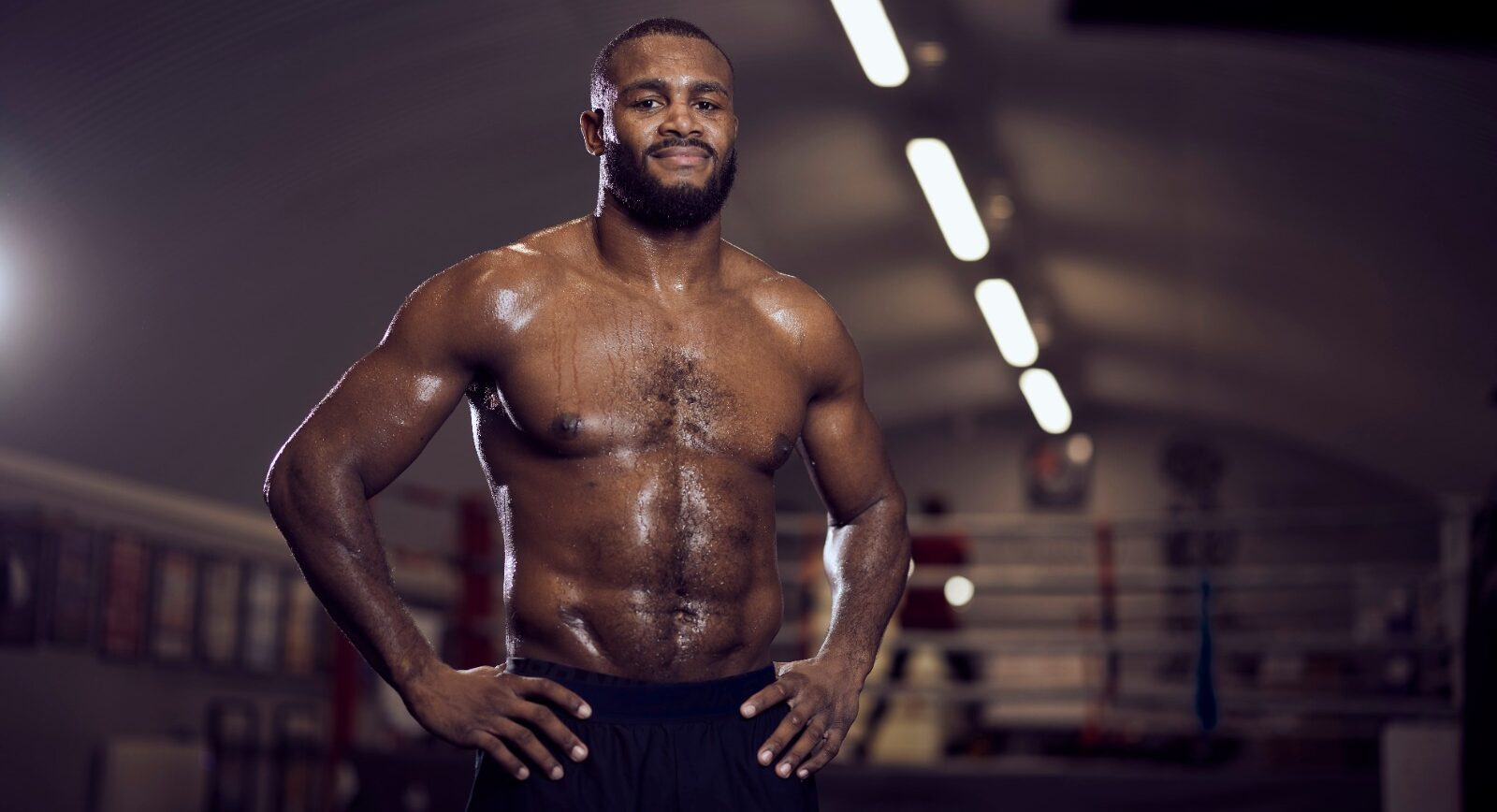 Cheavon Clarke has signed a long-term promotional deal with Eddie Hearn’s Matchroom Boxing and will make his eagerly anticipated professional debut at Cruiserweight in 2022.

Born and raised in rural Jamaica, Clarke moved to England at the age of 11 where he started boxing to keep fit – and it wasn’t long before he began to make his mark on the amateur scene, winning novice competitions across the country.

Clarke enrolled onto GB Boxing in 2017, winning a silver medal at the European Championships in the Ukraine that year before earning bronze in the men’s Heavyweight category a year later at the 2018 Commonwealth Games in Gold Coast, Australia.

From Graves End in Kent, Clarke is trained by Sam Mullings at Churchill’s Boxing Club in South London, was selected to represent Team GB at the Tokyo Olympic Games last summer but was defeated at the last 16 stage by Brazil’s Abner Teixeira.

“I’m delighted to have signed a long-term promotional deal with Eddie Hearn’s Matchroom Boxing and I can’t wait to make my professional debut this year,” said Clarke. “This feels like the perfect time to get my journey in the pro ranks on the road. As an amateur I won the ABA title twice, I won bronze at the Commonwealth Games, I won a European silver medal and I qualified for the Tokyo Olympics. I didn’t achieve what I set out to achieve at the Olympics. I wanted to win a medal, but I didn’t – and that wasn’t good enough. It was still a great experience though and something that I can always say that I’ve done.

“I just like the way the Matchroom shows are. There’s a legacy behind it. Speaking to people behind the scenes and speaking to Eddie, it felt right and it was a simple decision. I’ll bring that excitement and explosiveness, ferociousness and bad intentions. I can do it all. I can mix it all up. I can give you a bit of the Mike Tyson, a bit of the Ali, the Roy Jones. Ultimately, I’m Cheavron Clarke. There can only be one of anybody and I’m just the best Cheavron Clarke I can be. C4Boxing x Matchroom has been a long time coming!”

“I’m delighted to welcome Team GB Olympian Cheavon Clarke to the Matchroom Boxing team,” said Matchroom Sport Chairman Eddie Hearn. “I’ve followed Chev’s progress for a number of years now and he is a brilliant talent with a powerful personality and story that will make him hugely popular among fight fans. His vast amateur experience will allow him to move nice and quickly in the pro game and after debuting soon in the U.K. he will have the opportunity to box all over the world on DAZN as we move him towards the Cruiserweight World Championships.”