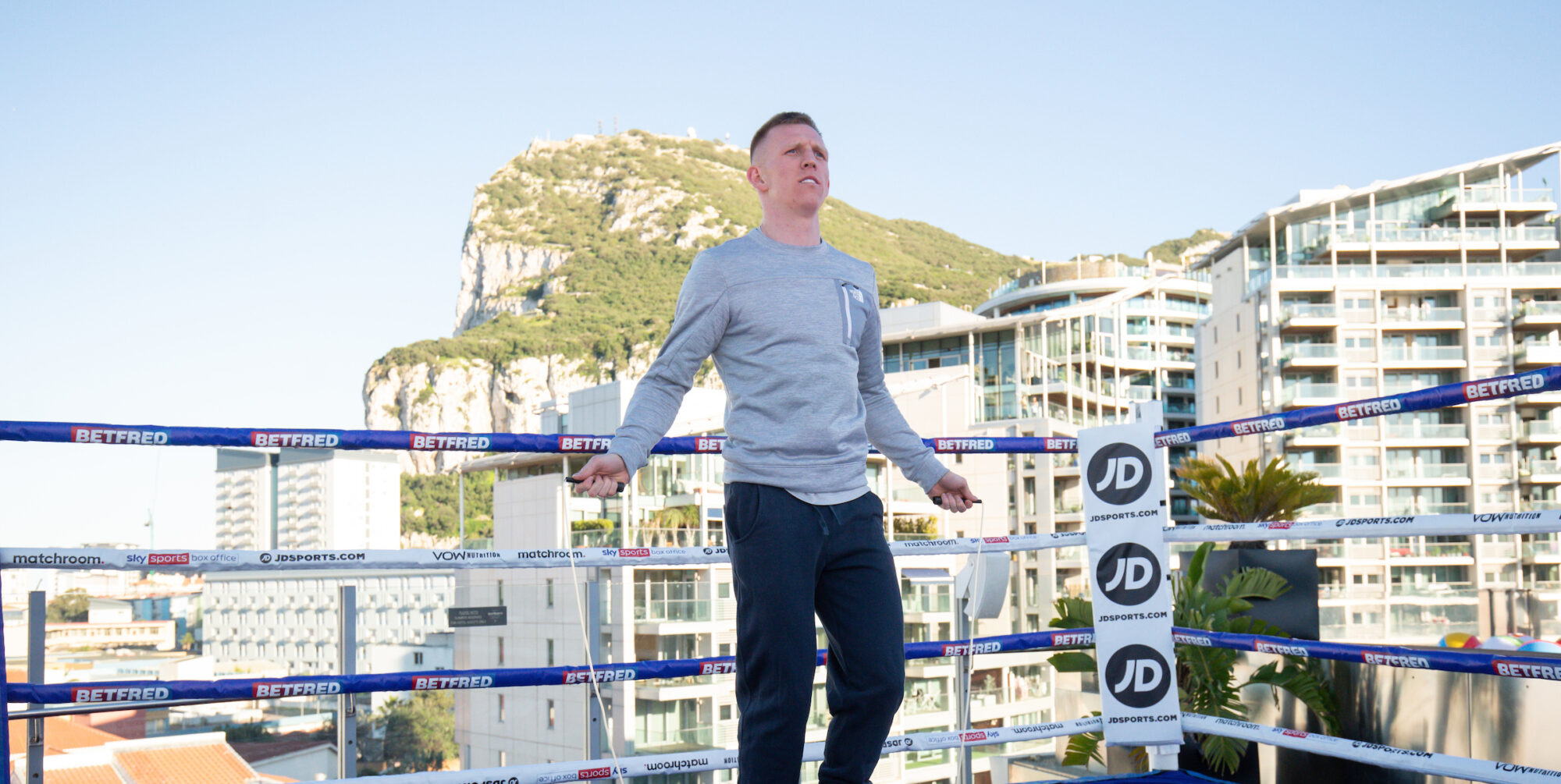 Cheeseman – It would mean everything to win the British Title back

Ted Cheeseman says fans can expect to see the very best version of him when he clashes with unbeaten Liverpudlian James Metcalf for the vacant British Super-Welterweight Title at the Europa Point Sports Complex in Gibraltar on Saturday March 27, live on Sky Sports Box Office in the UK and on DAZN in all other markets excluding the UK and Ireland.

‘The Big Cheese’ (16-2-1, 9 KOs) captured the 154lbs Lord Lonsdale Challenge Belt by outpointing Reading’s Asinia Byfield at the Copper Box Arena in October 2018, before retaining it against Kieron Conway at York Hall in June 2019 via a controversial draw.

The Bermondsey fighter, 25, lost the British Title to Preston’s Scott Fitzgerald in Newcastle at the back end of 2019, but felt he did enough to beat the ‘Mad Man’. A brilliant win over Sam Eggington at Fight Camp last summer followed, and now Cheeseman has the chance to recapture the British crown this weekend.

“It would mean everything to me to win the British Title back,” said Cheeseman. “I believe that I didn’t deserve to lose it. In my opinion, the only fight that I deserved to lose was against Sergio Garcia. I believe my record should be eighteen wins with one loss. But we push on. As I’ve shown, as long as you keep moving and keep your head down, you’ll get back to where you want to be.

“I’m highly confident of getting the win"

“I’m not looking past this fight. This is a tough fight. James Metcalf is a 21-0 fighter and he’s a good fighter. I’ve done that a million times before, ‘I want to fight this person and I want to fight that person’, all I know is by winning this fight it’s going to get me the British Title back. I’m going to push into the top 5 rankings with the IBF and I’ll just have to wait and see what my manager and team have planned for me.

“This fight you’re going to see Ted Cheeseman coming off a big win against Sam Eggington, with another half a year or so improvement in the gym. I’ve been working hard with Tony and I’ve had some good sparring. I’ve been leaving the gym thinking about what I did in the session and what I can improve upon. That’s why you’re going to see such a better Ted Cheeseman in this fight.

“I’m highly confident of getting the win. On paper James will be one of the toughest opponents that I’ve faced in my career. Looking through his resume, there’s not really anyone that I can pick out as a tough fight. Jason Welborn was the biggest fight, and no disrespect to Jason but it’s a fight James should have been winning. We’re going to see how good JJ Metcalf is this weekend. Whether he’s the real deal or whether he’s found his level.”