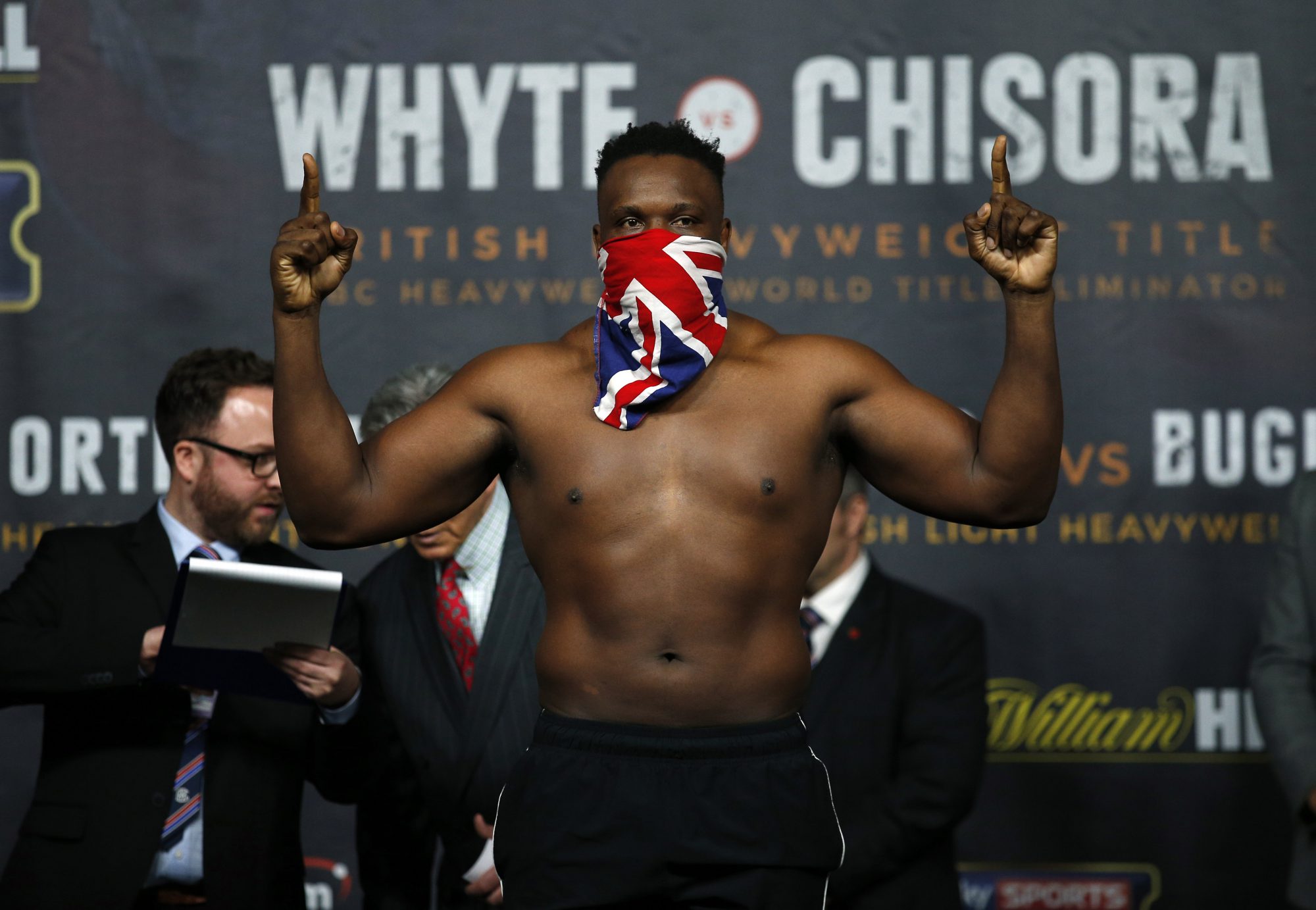 Dereck Chisora has signed a promotional deal with Matchroom Boxing.

The former World Heavyweight title challenger returns to the ring in Liverpool next Saturday before attempting to regain the European title when he challenges Agit Kabayel for the title with a date and venue to be announced later this week.

Chisora’s last action was a fight of the year contender against Dillian Whyte in Manchester in December, with Whyte edging out ‘Del Boy’ via split decision after 12 relentless rounds of action.

The Finchley star is gunning for a rematch with ‘The Bodysnatcher’ but his immediate focus is rounds in the bank on Merseyside before getting his hands on the European crown once again.

“I’m looking forward to getting back in the ring after a frustrating period of injury, starting in Liverpool next Saturday,” said Chisora. “Then we are going to win the European title in November, and then I’m going to punish that punk Dillian Whyte and move on to a shot at the World title.”

“I’m pleased to welcome Dereck to the team and look forward to being involved in some big fights with him over the next year,” said promoter Eddie Hearn. “You know what you are going to get with Del Boy, plenty of drama and a load of heart – he will return to action in Liverpool and challenge for the European title on November. We will work towards a Whyte rematch for early next year, it’s a fight that I think boxing needs to see again.”

Chisora returns on a stacked card in Liverpool topped by the rematch between Paul Butler and Stuart Hall in an eliminator for the WBA World Bantamweight title.

Liverpool’s Rocky Fielding defend his British Super-Middleweight title for the first time against Scotsman David Brophy, who puts up the Commonwealth strap he won in fine fashion in Australia in March.

Face value tickets for September 30 are also be available from http://www.stubhub.co.uk/matchroom-boxing-tickets/

StubHub is the official ticket partner and marketplace of Matchroom Boxing and Anthony Joshua.