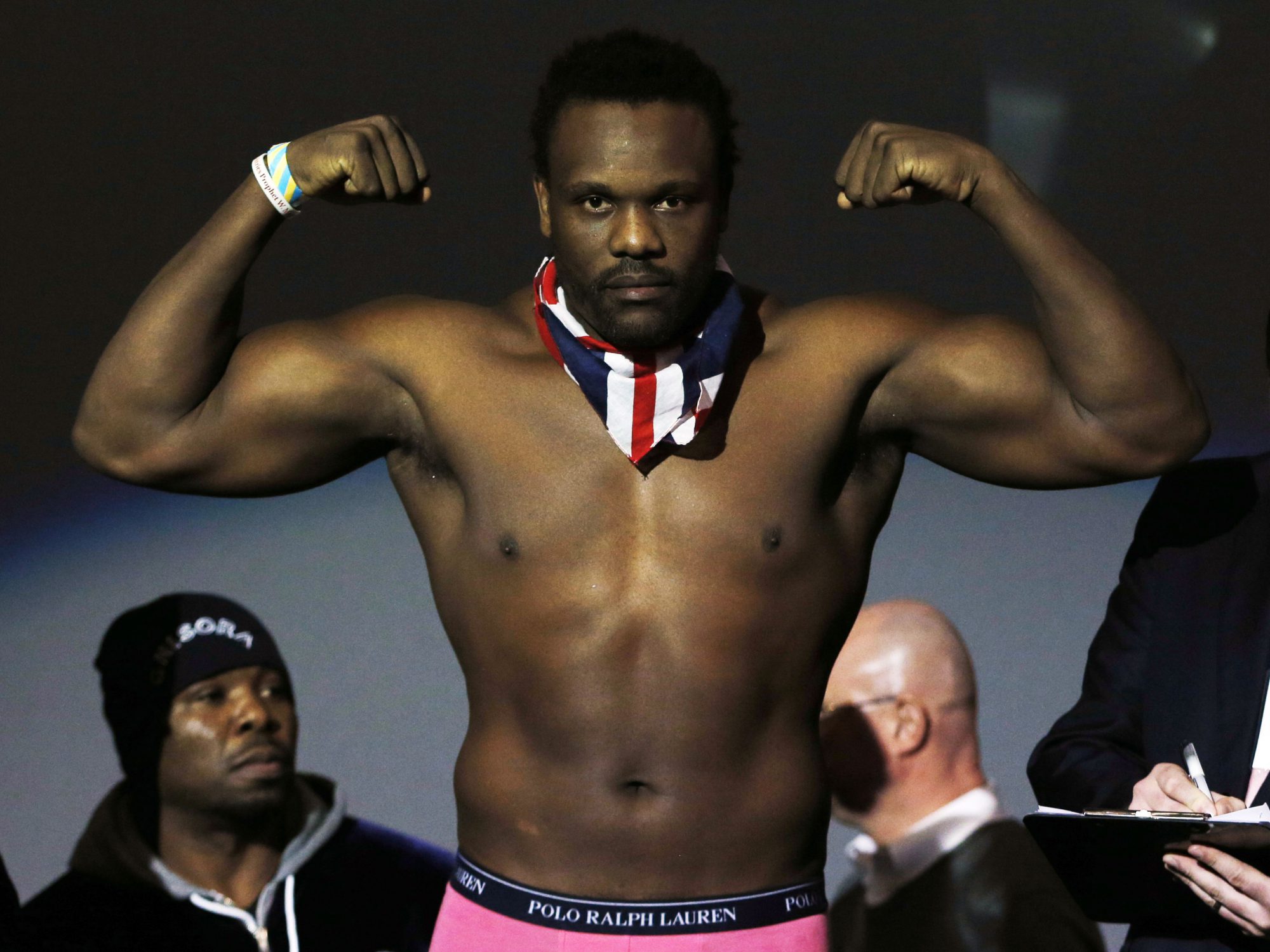 Chisora Replaces Warrington At The O2

Dereck Chisora has replaced Josh Warrington on the bumper bill at The O2 on Saturday night, live on Sky Sports Box Office – and he’s hunting the winner of the British and Commonwealth Heavyweight title clash between Anthony Joshua MBE and Dillian Whyte.

‘Del Boy’ returned landed a 23rd pro win on Saturday night in Hamburg, registering a 15th stoppage win in his first fight with new promoters Sauerland. The Finchley man gets straight back into action in London this weekend and is looking to regain the titles he held in 2010 and replaces Warrington has been forced out of his fight with a virus.

Chisora is part of a massive night of action, topped by Anthony Joshua MBE taking on bitter rival Dillian Whyte for the British and Commonwealth Heavyweight titles.