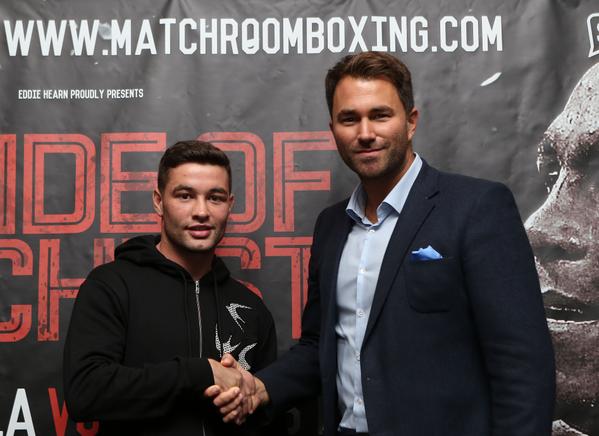 Cyclone Promotions and Matchroom Boxing are delighted to announce that 2014 Commonwealth Games gold medallists Josh Taylor and Scott Fitzgerald have been added to the undercard of Carl Frampton and Scott Quigg’s World Super-Bantamweight unification clash at the Manchester Arena on February 27, live on Sky Sports Box Office in the UK and on SHOWTIME in the US.

Taylor secured Light-Welterweight gold in his home country to add to his silver in the 2010 Delhi games and the Edinburgh man is hunting a fourth win inside the distance in Manchester since kicking off his pro career in Texas in July.

“I’m absolutely delighted to be appearing on this massive Sky Sports Box Office show at such an early stage of my professional career,” said Taylor.

“Boxing on the undercard of my stablemate Carl Frampton on a huge night for British and Irish boxing will be a special moment in my career. I want to be headlining shows like this one day.”

Fitzgerald makes his long-awaited debut following Welterweight gold in Glasgow, with the Preston man fully recovered from the thumb injury that ruled him out of his proposed pro-bow in November.

“I cannot wait to make my professional debut on such a huge bill,” said Fitzgerald. “It was a blow to break my thumb ahead of the November date, but that is behind me and I am raring to go now.

“I couldn’t ask for a bigger stage to get my career going on, and I am looking forward to putting on a great show for the fans.”