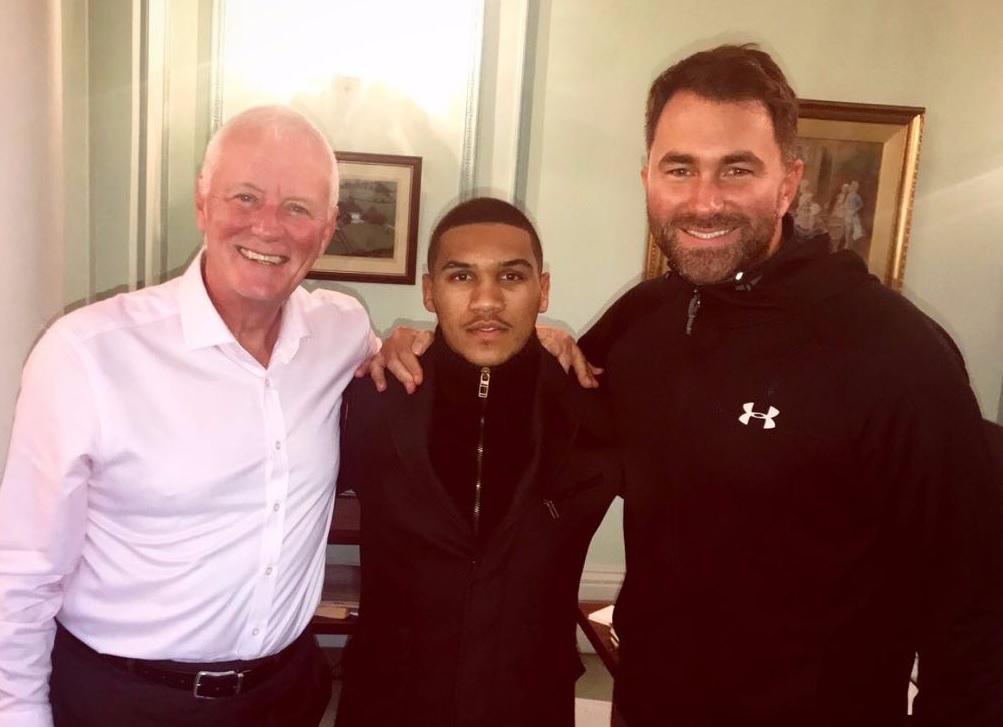 Benn has raced to 11-0 with 8 KOs in the pros since turning pro with Eddie Hearn in April 2016, with his last fight proving to be a small-hall classic as he recovered from hitting the deck twice in the opening round with two knockdowns of his own against Cedrick Peynaud at York Hall in December.

‘The Destroyer’ is back out in April on the undercard of Amir Khan’s return to action at the Echo Arena in Liverpool and the 21 year old is itching to get back into action on Merseyside and start a big year on a high.

“I’m delighted to have signed a new deal with Eddie and Matchroom Boxing,” said Benn. “I can’t wait to get back out in action on the Khan undercard, Liverpool is a great fighting city and I’m looking forward to fighting in front of such a knowledgeable fanbase. I want to entertain the fans but I’m still a work in progress.

“The Peynaud fight was a real learning curve but there was a lot of things that went wrong in camp to the last fight, I had a severe skin reaction out in New York for starters. That aside, I had four great fights last year. I was flat on the night but I’ve learned a couple of lessons from the fight. One of which, I’ve got the will to win which deep down, I didn’t know I had. A rematch is due, he’s deserved that and I’m sure it’ll happen this year and I’ll win it convincingly.”

“I’m delighted to extend our agreement with Conor and am very excited about the future,” said Hearn. “Conor has become an exciting feature on our shows and at 21, he has so much potential in the sport. 2018 is the year he will begin challenging for titles and Sky Sports viewers are guaranteed action when he steps into the ring.”

Benn’s return is part of a huge night of action in Liverpool as Khan fights for the first time since May 2016 against Canadian Phil Lo Greco.