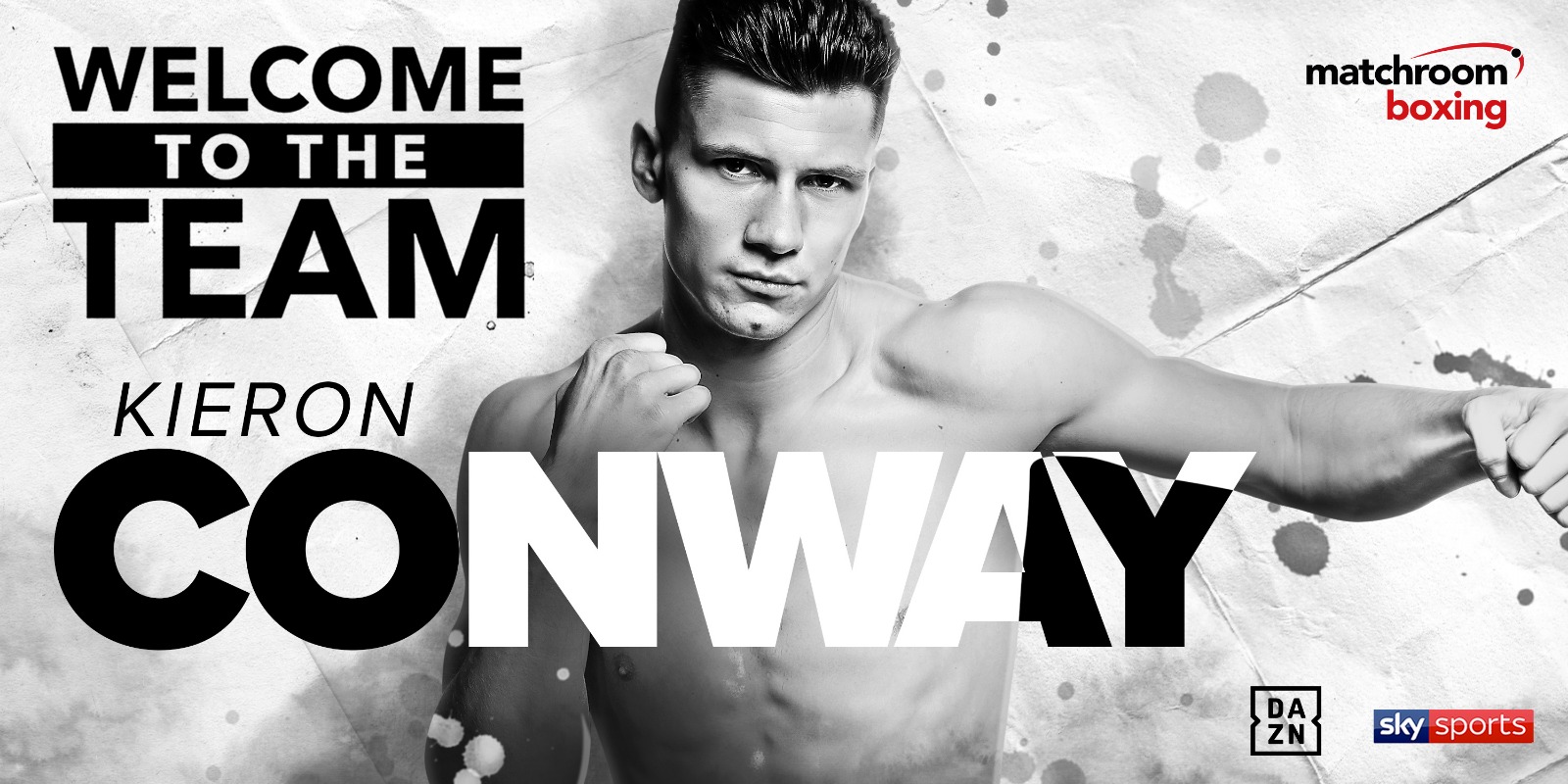 Conway, 23, turned in an impressive performance in his British title fight with reigning champion Ted Cheeseman at York Hall last month, but was left frustrated as the contest ended in a split draw.

The Kings Heath Boxing Club product was aiming to create history by becoming Northampton’s first professional British boxing champion but had to settle for a hard-fought draw with scores of 116-113 Conway, 115-114 Cheeseman and 114-114 from the judges.

It was the first time the MTK Global-managed talent had contested 12 rounds but he dug in to show his grit and last the distance while showcasing his slick boxing ability with some accurate counter-work along the way.

Conway is excited to make his mark after announcing himself in the 154lbs scene and has already set his sights on the winner of the slated Cheeseman vs. Scott Fitzgerald Lonsdale Belt clash later this year.

“I’m over the moon to team up with Matchroom Boxing and showcase my skills on Sky Sports and DAZN,” said Conway. “I feel like my journey is only just beginning and I still have so many improvements to make but this activity and experience on the big stage is going to lead me to major domestic title wins and beyond.”

Promoter Eddie Hearn commented: “I’m excited to welcome Kieron Conway and I’m excited to see where his potential could take him. We had him on our Birmingham shows when he began his career and he’s always looked like he had the talent but after watching his British title fight against Ted Cheeseman recently, I think there is bundles more to come. He has great support from Northampton and I’m looking forward to seeing him in the domestic mix in what is a very exciting division.”