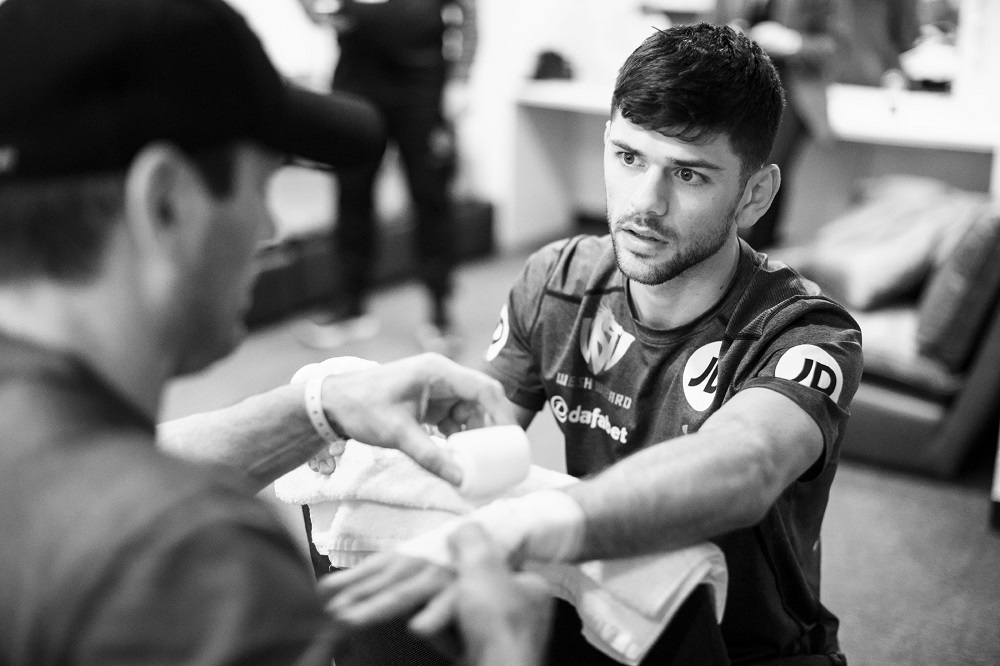 A draw to see where the three Team GB Rio Olympians would box on the bill was made a JD Sports in central London this evening by Cruiserweight king Tony Bellew and promoter Eddie Hearn, and the Welshman’s second pro fight takes the same slot that Anthony Joshua had as the first fight in the stadium on the night that Carl Froch knocked out George Groves.

Lawrence Okolie will be a live float in his third pro outing after two first round KOs under his belt so far and Sunderland ace Josh Kelly will also float on the night in his second fight in the paid ranks.

Cordina, Okolie and Kelly are part of a historic night of action on the sold-out blockbuster battle between IBF king Joshua and former lineal World ruler Klitschko, with the WBA and IBO straps also up for grabs, Scott Quigg faces Viorel Simion in an eliminator for the IBF World Featherweight title, Luke Campbell MBE and Darleys Perez clash for the number one spot in the WBA, Irish sensation Katie Taylor faces Nina Meinke for the WBA Inter-Continental Lightweight title and World title eliminator.

Joshua vs. Klitschko is live and exclusive on Sky Sports Box Office. To book visit www.skysports.com/joshua