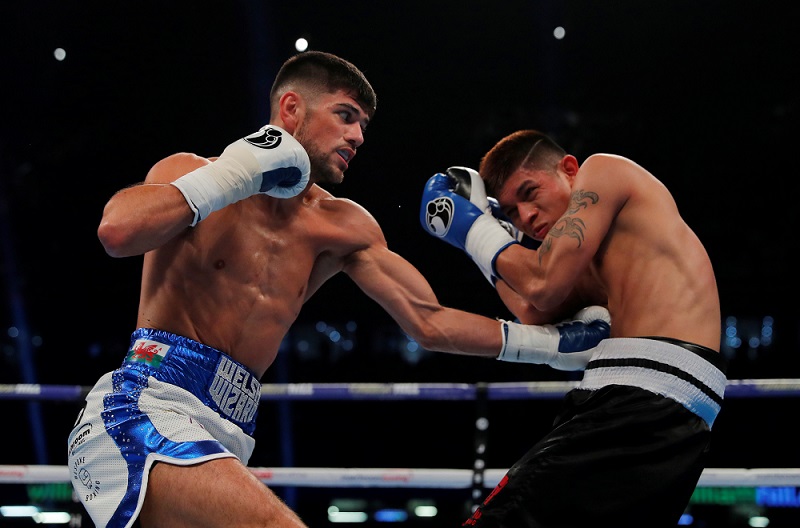 Cordina: The British Title Pushes Me To Bigger Things

Joe Cordina wants to come through his vacant British Lightweight title clash with Andy Townend at The O2 in London on April 20 with “flying colours” as he looks to continue his march towards a dream World title shot.

Cardiff’s ‘Welsh Wizard’ is aiming to add a third belt to his collection when he collides with Barnsley’s ‘KO Kid’, live on Sky Sports in the UK and DAZN in the US, and the Cardiff man knows landing the Lord Lonsdale Challenge Belt would be another major step on his way to World glory.

“It’s no secret, I didn’t get into this sport just to win a British title,” said Cordina. “Some people only have ambitions of winning a British title, and that’s fine, but I want so much more than that. To get where I want to be in boxing I need to win this title so it pushes me towards bigger and better things.

“First of all, I need to win this fight on April 20 and I need to come through it with flying colours. I’m in no way overlooking the challenge I’ve got on my hands. Andy is known as a big puncher, he likes to come out fast and wing them away. I was meant to fight him in my fifth fight, so we know what he’s all about.

“We’ve prepared for the best Andy Townend that there could possibly be. If he wants to stand in the middle of the ring and trade, then I’ll meet him head on. If he wants to come after me then I can box him. If he wants to go back then I’ll take it to him. I’ve absolutely smashed this camp out of the water and I’m ready to go now.”

Cordina hasn’t fought since he claimed the Commonwealth Lightweight crown against Sean Dodd at the Cardiff Ice Arena last August, but the 27-year-old former Olympian insists he won’t have any rust after eight months out of the ring.

“I was meant to fight Scotty Cardle on the Usyk vs. Bellew undercard in November but a hand injury late into my training camp forced me out of the fight,” he added. “Having seen what Ricky Burns did to Cardle, I think I would have done the same, maybe not as quick as Ricky but I had every confidence in myself to do a number on him.

“I don’t think my time out of the ring is going to affect me at all. I did a full camp, all I missed out on is a few rounds on November 10. I was ticking by while I was injured, doing my running because I had a cast on my hand. As soon as my cast came off I started shadow boxing, then we started hitting bags lightly, then pads and sparring.

“I’m going to box just how I need to box to get the win. I’m going to try and win in style but if it comes down to it and I have to grind out a result then I’ll grind it out. All I’m going to do is win and put a performance on. For me it’s all about getting that British title under my belt.”

Cordina vs. Townend is part of a huge night of boxing in London.

At the top of the bill, Doncaster fan favourite Dave Allen faces the biggest night of his career against Australia’s former WBA Heavyweight World Champion Lucas Browne and Derek Chisora clashes with Senad Gashi in his first fight under new trainer Dave Coldwell.

Sunderland’s ‘Pretty Boy’ Josh Kelly takes on the toughest opponent of his career to date in the form of unbeaten 17-0 Pole Przemyslaw Runowski and Ilford Welterweight Conor Benn makes his long-awaited return to the ring following a hand injury that kept him out of action since his first title win over Cedrick Peynaud in July, with Watford Bantamweight Shannon Courtenay fighting for the second time after winning on her pro debut at the Copper Box Arena last month.