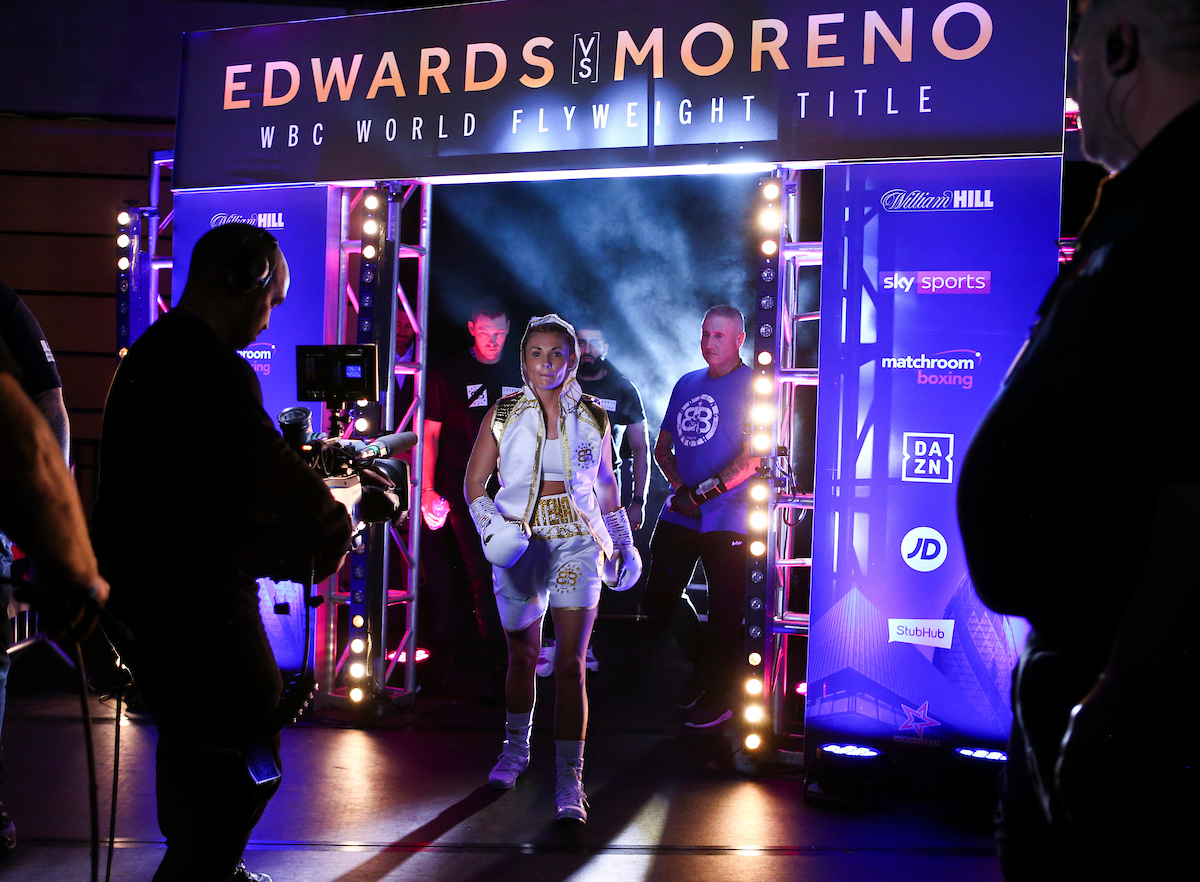 Courtenay: I Learnt A Lot From My Debut

‘The Baby Face Assassin’, 25, made a wining start to life in the paid ranks with a unanimous decision over Romania’s Cristina Busuioc and the Adam Booth-managed fighter is excited to step through the ropes for the second time as a professional at The O2 in London on April 20, live on Sky Sports in the UK and DAZN in the US.

“I actually thought the ref was going to stop it in the first round,” said Courtenay. “Annoyingly, her groin guard came up so high that none of my body shots were getting through. It was protecting her the whole fight so I had to go upstairs and target the head. I was hitting her with some massive shots and her legs were gone but she stayed in there. She wasn’t very good technically but she was tough.

“I stayed calm instead of gassing out going for a big knockout. Obviously it would have been nice to get her out of there but I stayed slick throughout and got the win which was the main thing. I didn’t try and rush a knockout and make myself look bad in doing so. I feel like I put on a good performance and my team were happy with me.

“I really enjoyed the whole experience of making my debut on such a big show. I took everything in my stride, the public workout, the press conference and the weigh-in. To make my debut in front of thousands of people in the arena and even more people watching on TV around the world was special. It gave me a taste of what it’s like to operate at the top of the sport and I’m hungry for more.”

The former Finchley ABC star has been overwhelmed with the support she has received since making her debut and hopes to continue her incredible journey with another big win next week on a huge card that features her gym mate Josh Kelly making his long-awaited return to the ring.

“We’ve worked on a couple of new things that you’ll definitely see on April 20,” added Courtenay. “I’ve tweaked a few things and made them better. Training has gone really well, sparring has gone brilliantly as well so I’m really excited to put on a big performance.

“Since my debut the support has been crazy. Every day I get hundreds of messages from people telling me that I’m an inspiration to them and it’s amazing to know that my story is making a difference to people.

“I just want to keep on pushing forward with that momentum. I wouldn’t say that I’m an inspirational person but people can obviously relate to my story. It’s never too late to make a change and improve your life.”

Courtenay makes her second outing on a huge night of boxing in the Capital.

Sunderland’s ‘Pretty Boy’ Josh Kelly (8-0, 6 KOs) takes on the toughest opponent of his career to date in the form of unbeaten 17-0 Pole Przemyslaw Runowski and Ilford Welterweight prospect Conor Benn (13-0, 9 KOs) makes his long-awaited return to the ring following a hand injury that has kept him out of action since his first title win over Cedrick Peynaud in July and Brooklyn Middleweight prospect Nikita Ababiy (3-0, 3 KOs) makes his UK debut.