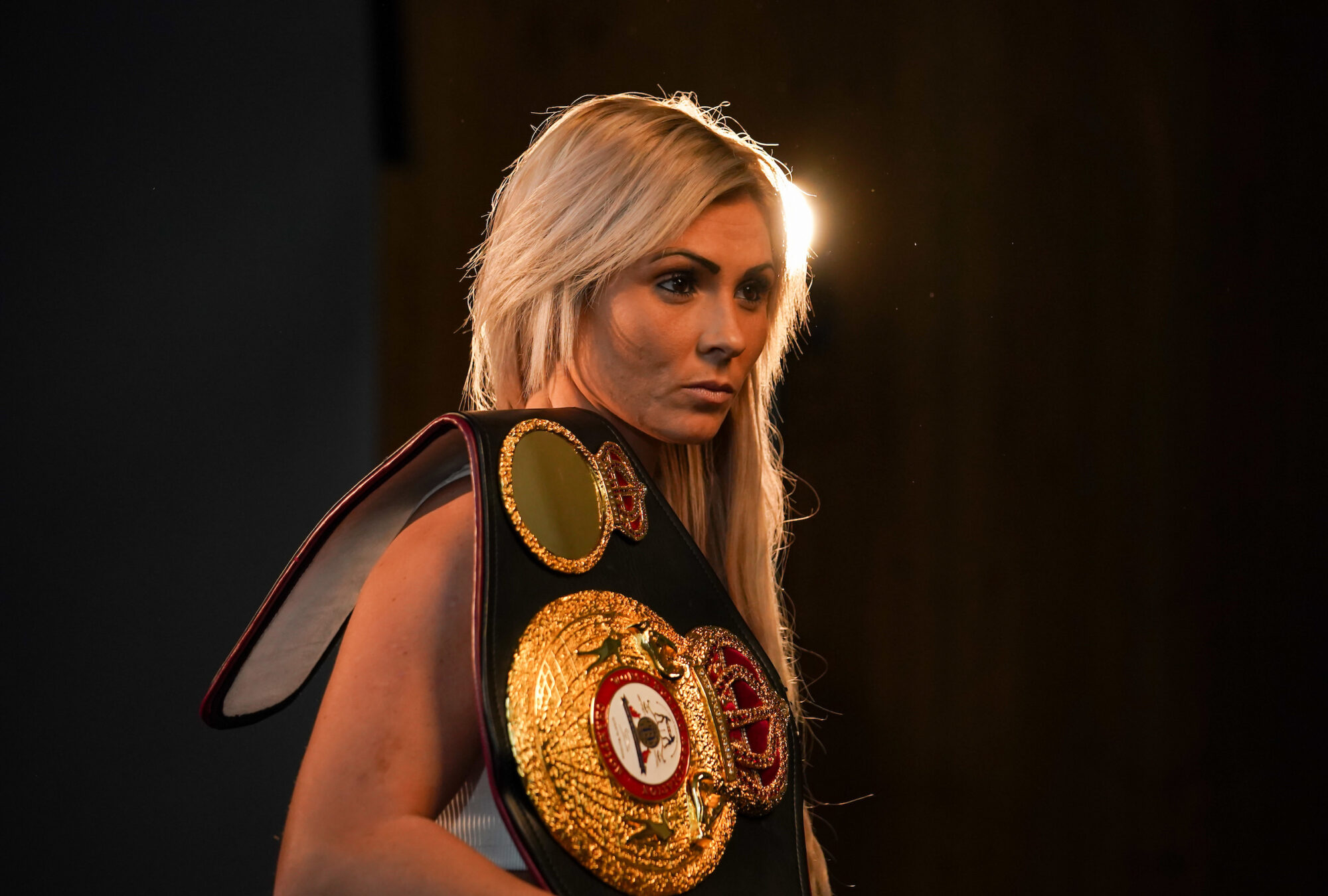 Courtenay – That World Title is staying in England

Shannon Courtenay has dreams of unifying the Bantamweight division but must first navigate a tricky maiden WBA World Title defence against undefeated American Jamie Mitchell on the undercard of Liam Smith vs. Anthony Fowler at the M&S Bank Arena in Liverpool this Saturday October 9, live worldwide on DAZN.

‘The Baby Face Assassin’ (7-1, 3 KOs), who is set to fight in Liverpool for the first time as a professional this weekend, picked up the black and gold belt after defeating Australia’s Ebanie Bridges on points following a punishing battle at the Copper Box Arena in April.

The 28-year-old from Watford isn’t taking ‘The Miracle’ Mitchell lightly and is relishing pitting herself against the former amateur standout who trains at the famous Mayweather Gym in Las Vegas under the tutelage of former professional boxer Dewey Cooper.

“To be honest with you, after Rachel Ball pulled out we could have taken a nice easy defence,” said Courtenay. “We picked someone who was ranked number one in America. I’m not here to play games. I want good defences because I know it’s only going to get harder. Mark my words, that World Title is staying in England.

“She’s from the Mayweather Gym so she has that nice slick defensive movement about her. She’s got a lovely jab. She had a good amateur career. She’s a big name in America. Her name carries a bit of weight. She starts sharp and has good torso and head movement. Physically she has the same structure as me. It’s going to be a good fight. We both hit quite hard.

“I’m proud of what I’ve achieved, but I’d be lying if I said I was content, because I’m not content. I thought I would wake up after winning the World Title feeling content, but I didn’t. I want more now; I want more titles and I want to go on and unify the division. I’m happy and I’m proud but I’m not content – I want more!

“You’ve seen the power that I have, I can cause concussive one-punch knockouts, which not many women can do. Of course I believe I can do that to anyone in the division. And still! That belt is coming home with me. Nobody is taking it off me. I respect any fighter, especially someone that can get ranked in America. You know that they’re going to bring fire, so I’m just prepared for a good fight.”