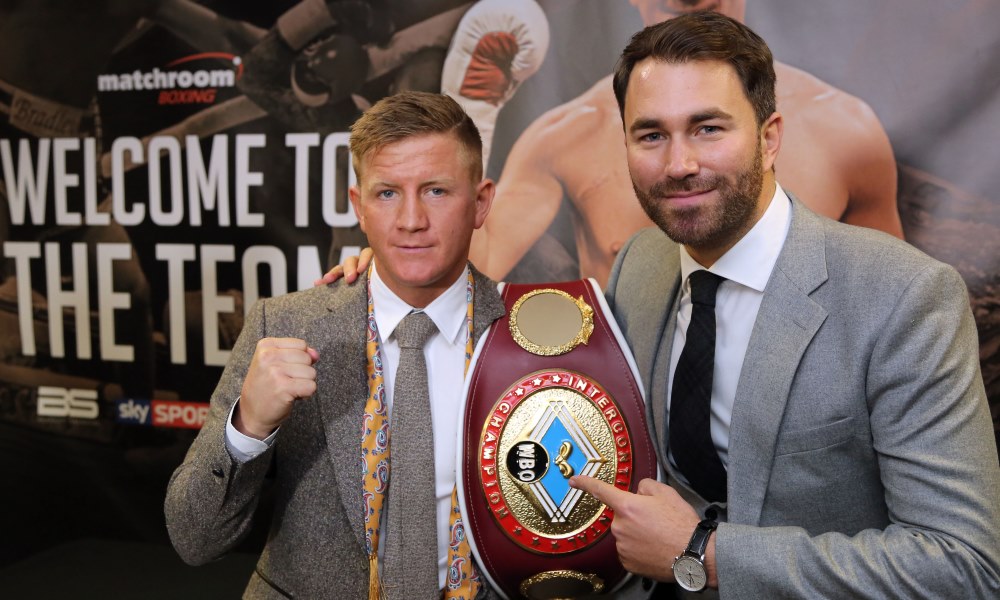 Coyle: Campbell Will Pay For Disrespect

Tommy Coyle says local rival Luke Campbell MBE will pay a heavy price for underestimating him ahead of their official eliminator for the WBC World Lightweight title at the KC Lightstream Stadium in Hull on Saturday night, live on Sky Sports.

Coyle and Campbell will put their simmering feud to bed on Saturday night in front of a packed hometown crowd, and Coyle is confidently predicting he’ll KO the Olympic gold medal hero.

‘Boom Boom’ says he is comfortable with the underdog tag he’s been given against Campbell, and believes his greater heart and determination will be the key as he inflicts a first pro defeat on ‘Cool Hand’.

“He’s been really disrespectful in the build-up, maybe he’s changed?” said Coyle. “People do change. The Luke Campbell I remember was a fun kid, we had lots of banter and played tricks on each other. I’ve said before that we didn’t have any money at all – but now according to him we’re just associates.

“Associates don’t travel the world together and help each other out when they are skint. I think he has tried to make a feud up to get bad blood going, and it didn’t need that.

“I am a big underdog, Luke’s an exceptional fighter. But I am a professional and I have prepared as hard as ever, it doesn’t matter if I am fighting Luke Campbell or Donald Duck.

“I didn’t expect to get this far in my career. I really believe I am too much for Luke Campbell at this stage of his career, I really do, and I am going to go in there and knock him out. I’ll prove all the critics wrong on Saturday.

“I’m not the greatest fighter, I’ve said this many times. But there are two types of people – you are born a certain way, you can learn how to be a better boxer but I am a Coyle – my Dad said to me when I was five years old that pain is just an emotion, and I’ve had that drummed into me so you will need to knock me out cold to beat me.

“If I can find a way to get up, I will, and I’ll keep coming at you – I don’t believe that Luke Campbell has that in his DNA. He’s an exceptional fighter and he’s better than I’ll ever be, but this fight won’t come down to that, I’m too much for him too early.”

Tickets for August 1 are also available from http://www.stubhub.co.uk/matchroom-boxing-tickets/ – StubHub is the official ticket partner and marketplace of Matchroom Boxing.