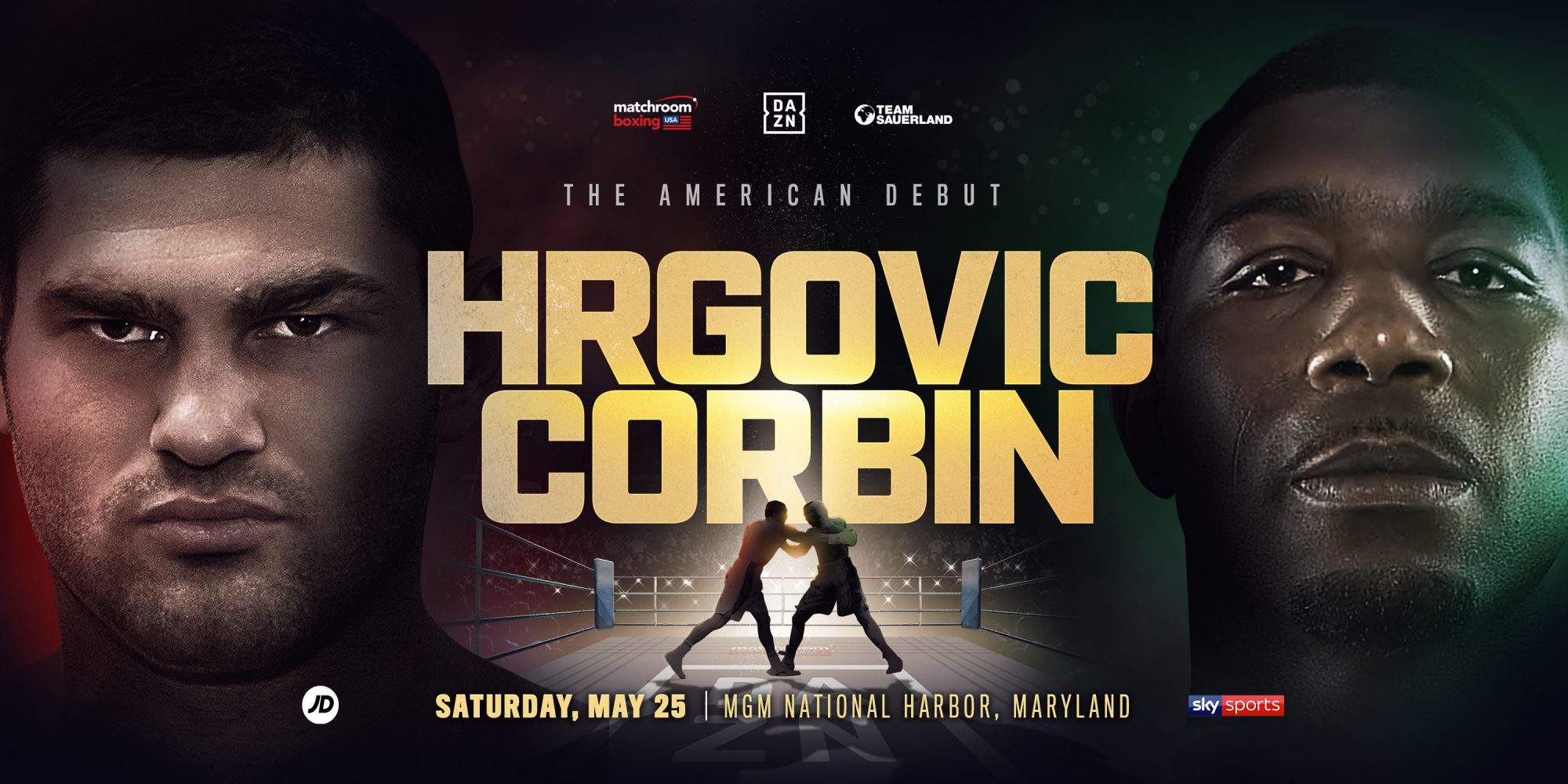 Croatian Heavyweight star Filip Hrgović (7-0, 5 KOs) will make his American debut against Greg Corbin on Saturday May 25 at the MGM National Harbor in Oxon Hill, Maryland, live on DAZN in the US and on Sky Sports in the UK.

Hrgović returns following a one-sided points victory over Kevin Johnson in his hometown of Zagreb and is eager to showcase his skills in front of an American audience as he continues his quest for World glory.

The Croatian boxing sensation will take on Dallas-born Heavyweight Greg ‘Bad News’ Corbin (15-1, 9 KOs), whose only previous defeat has come at the hands of former IBF World Champion Charles Martin.

“I am pleased that my promoter Team Sauerland has made an agreement with Matchroom and DAZN that will enable me to fight in America,” said Hrgović. “I believe DAZN is the future of boxing and I’m sure they will give their viewers the best match ups in the history of the Heavyweight division.”

“I look forward to making my American debut on May 25 I’m very excited because the entire Heavyweight division is moving to the US and the US is the best place for big fights at the moment.”

“I think American fans will love my style because I’m not a classic distance fighter. I’m constantly trying to fight and throwing many punches. The fans can expect some excellent fights from me.”

“My opponent Greg Corbin is very good, and I think he is an excellent choice for this stage of my career. I will prepare for this fight as if it were for a World title so I’m sure it will be a great match up.”

“It will be a good test for me because he is more experienced than me, we can see that from his record, and I believe he will come in his best possible shape so it will be an exciting match for viewers around world watching on DAZN.”

“I’m currently in training camp in Miami. We always train like it’s a fight for the world title. Pedro Diaz insists on discipline and hard training. He refuses to work with fighters who are not 100% focused. We share the same opinion about that. That is why we are a good team, and I think we can achieve big things together.”

“I am looking forward to getting straight back in there on May 25,” said Corbin. “This is a chance for me to redeem myself after the Martin fight. There were a lot of distractions for me in the build-up to that one, but this time I’m fully focused on Hrgovic.

“There’s a lot of hype around this guy with his amateur background and his start in the pros – let’s see if he can back it up.”

“Filip Hrgović is an incredibly talented fighter and this could be a breakthrough year for the young Croatian,” said promoter Eddie Hearn. “His amateur pedigree is outstanding and I share Team Sauerland’s excitement about his future – he’s going to be a real player in the division.”

“American fight fans are in for a treat. On May 25 they will witness a future star of the Heavyweight division,” said Hrgović’s promoter Nisse Sauerland. “Filip Hrgović is on a fast track for Heavyweight gold.”