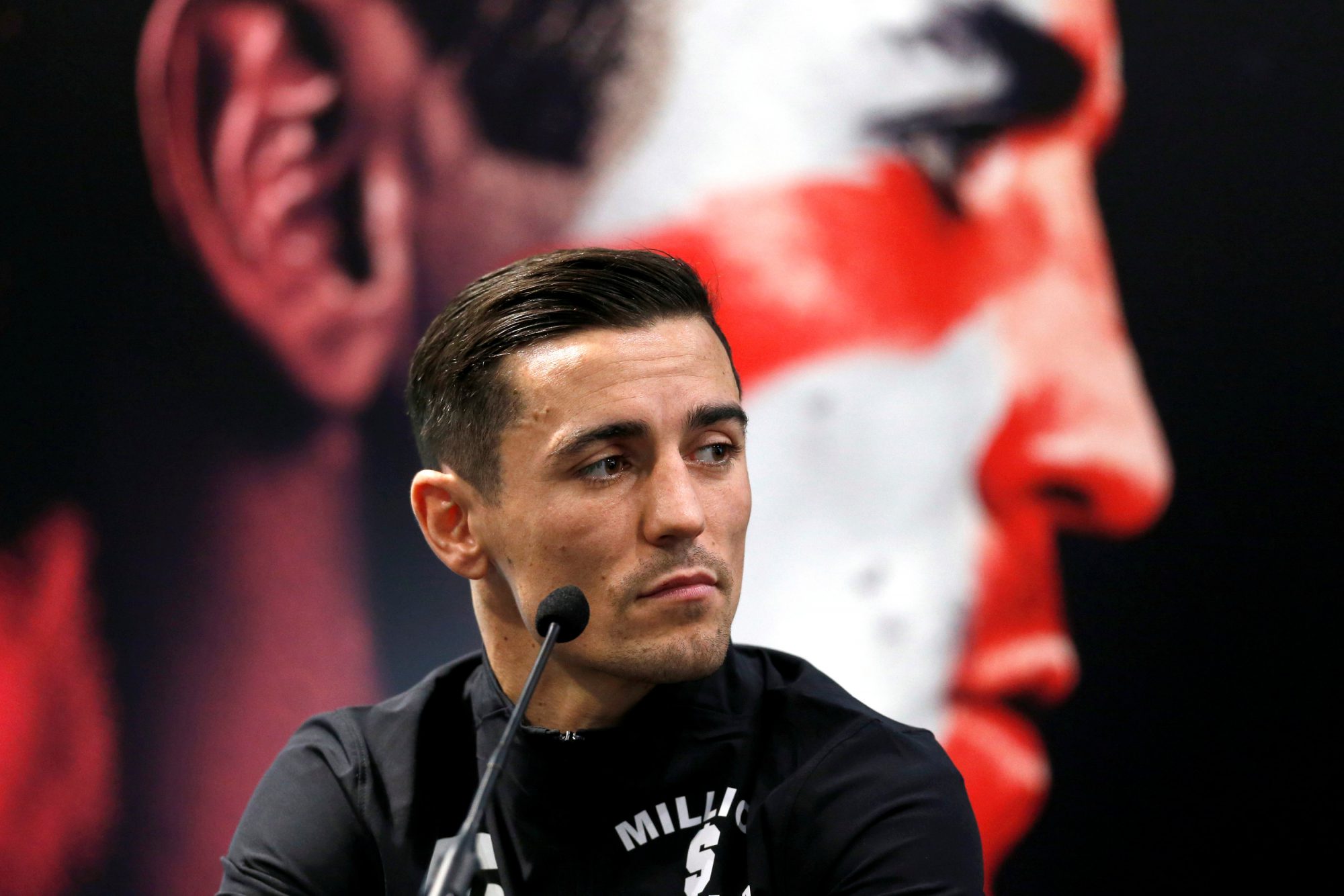 Crolla: Burns Fight Will Be A Classic

Anthony Crolla believes that his clash with Ricky Burns is going to be a pure crowd-pleaser – and he’ll power into more massive fights with a big win at the Manchester Arena tomorrow night, live on Sky Sports.

‘Million Dollar’ faces the Scotsman in a clash that many fans and pundits believe would spell the end of the road at the top level for the loser – but open doors once again to the elite level for the winner, where both men are used to operating with the pair missing out in unification battles in their last fights.

Crolla headlines at the Arena for the sixth time in a row after brilliant World title battles with Darleys Perez, Ismael Barroso and Jorge Linares – and now welcomes Burns into the Lion’s Den on an emotional night for the hometown favourite who boxes at home for the first time since the harrowing events at the arena in May.

The 30 year old says he’s confident will handle all the pressure and emotions involved in the night, and expects the winner to go on to land more big fights in 2018 and beyond.

“I’m lucky to have been able to be part of such massive shows at the Manchester Arena and that’s all I want to be in – big fight nights,” said Crolla. “Ricky and I could both have been allowed an easier fight but we both want these big nights on a showcase platform

“I don’t believe we’re putting our legacies on the line. If you look at our records, we’ve both boxed top fighters and that’s why we do this job, and I think that tomorrow night’s fight just adds more to our careers. When we do hang up the gloves we’ll have no regrets because we can say we took on the best.

“Ricky’s a top guy anyway but as a fighter I have so much respect for him. When you look through the names he’s fought its unreal and I don’t think he gets enough credit for that. He’s been in with boxing royalty, he’s had a great career, he’s a three-weight World champion and he wants to win another World title and so do I.

“I think this will get going early, probably in the opening couple of rounds. We sparred about nine years ago and a lot has changed since then but that was good to watch. I would be shocked if the styles didn’t gel and the fans are in for a treat. It’s a tough and great fight, but I see an Anthony Crolla win in a hard fought and great 12 round fight, and one that will be remembered as a classic.”

Crolla and Burns top the bill in Manchester as Sam Eggington defends his European Welterweight title for the first time against mandatory challenger Mohamed Mimoune and Robbie Barrett also makes a maiden defence against a mandatory predator as he puts his British Lightweight strap on the line against undefeated Lewis Ritson.

Some of Britain’s brightest stars from both sides of the border are in action with Crolla’s trainer Joe Gallagher having a busy night with Scotty Cardle, Hosea Burton, Marcus Morrison and Sam Hyde all gloving up, while Burns is joined by fellow countrymen Charlie Flynn and Joe Ham.

Former World Bantamweight title challenger Gavin McDonnell looks to get back in line for a second crack at the big one, rising Welterweight star Conor Benn fights for the ninth time in the paid ranks and local talents Jake Haigh and Ryan Doyle also feature.

Face value tickets for October 7 will also be available from http://www.stubhub.co.uk/matchroom-boxing-tickets/ . StubHub is the official ticket partner and marketplace of Matchroom Boxing and Anthony Joshua.