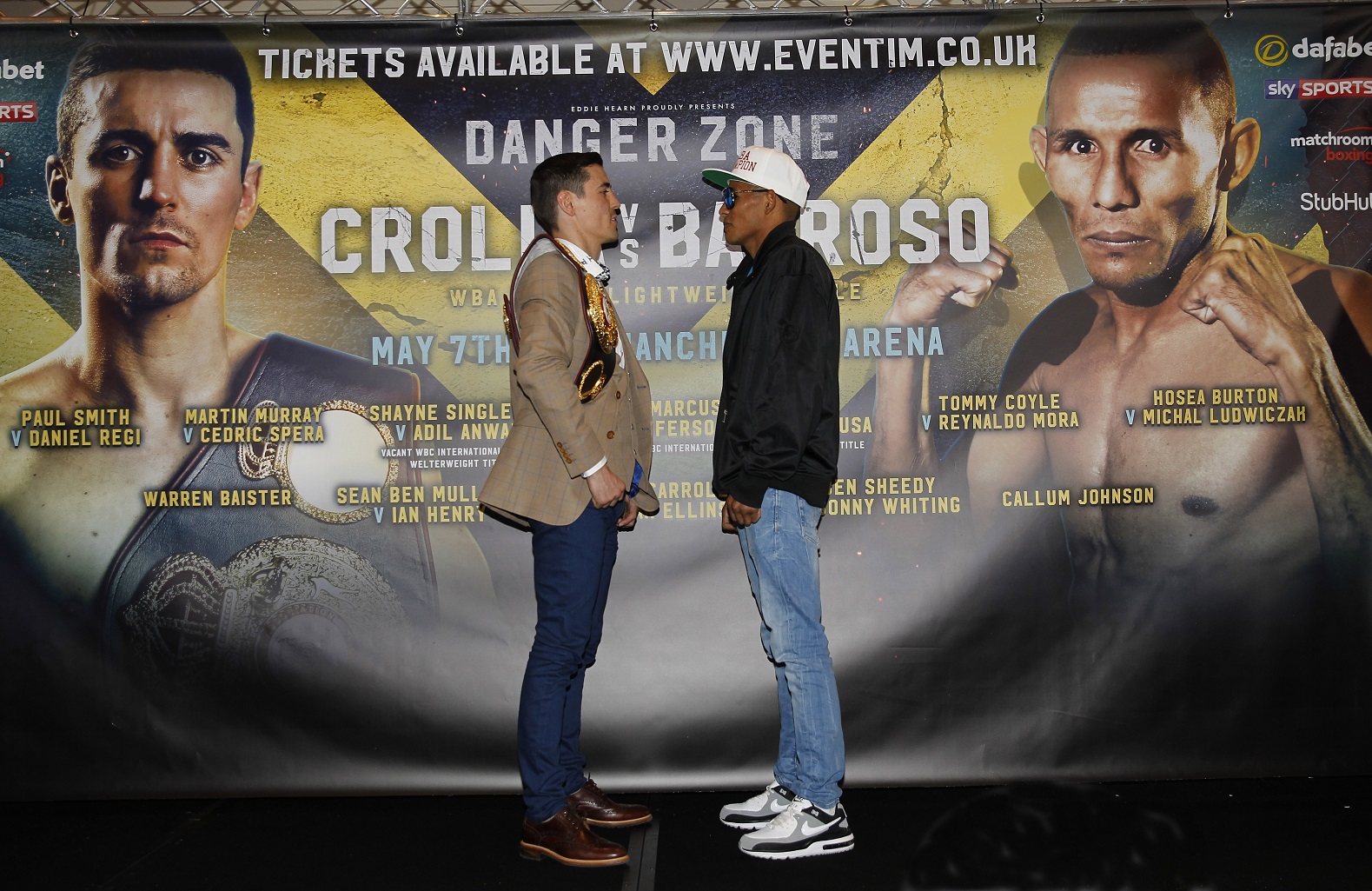 Crolla: I Love Being The Underdog

Anthony Crolla says prove he is the best Lightweight in the World as he defends his WBA World title against Ismael Barroso at the Manchester Arena on Saturday night, live on Sky Sports.

Crolla is the underdog against the hard-hitting challenger that made a name for himself in December when he KO’d Kevin Mitchell inside five rounds at The O2 in London to land the mandatory position.

‘Million Dollar’ has taken that underdog status in his stride having landed the title in a rematch against Darleys Perez where the bookies went with the visitor on that occasion too, and the Manchester fan favourite believes he’ll upset the odds again this weekend against the avoided Venezuelan.

“There was no way I was going to swerve Barroso,” said Crolla. “I’ll fight anyone and I wasn’t about to duck my mandatory, no matter how dangerous. He’s been swerved and avoided, but when you are the champion it’s your responsibility to fight the best opponents out there and he fits the bill.

“Barroso showed against Kevin that he was more than just a raw, wild big puncher. He showed he had ability and a boxing brain. That wasn’t the best Kevin Mitchell that night. I felt at the weigh-in that it was going to be a tough night for Kev as he looked a bit frail and he looked a bit old in there.

“I’ve been the underdog a lot in my career and it’s worked well for me, I’ve thrived off it. It’s not often the World champion is the underdog when he defends a title, but here we are. I’ve proved people wrong and I will keep doing it. I’ve improved since the Perez fight and I’m going to show it on Saturday.”

Crolla’s first defence comes on a huge night of action in Manchester as Welterweights Shayne Singleton and Adil Anwar can take great strides in their careers as they meet for the vacant WBC International Silver strap.