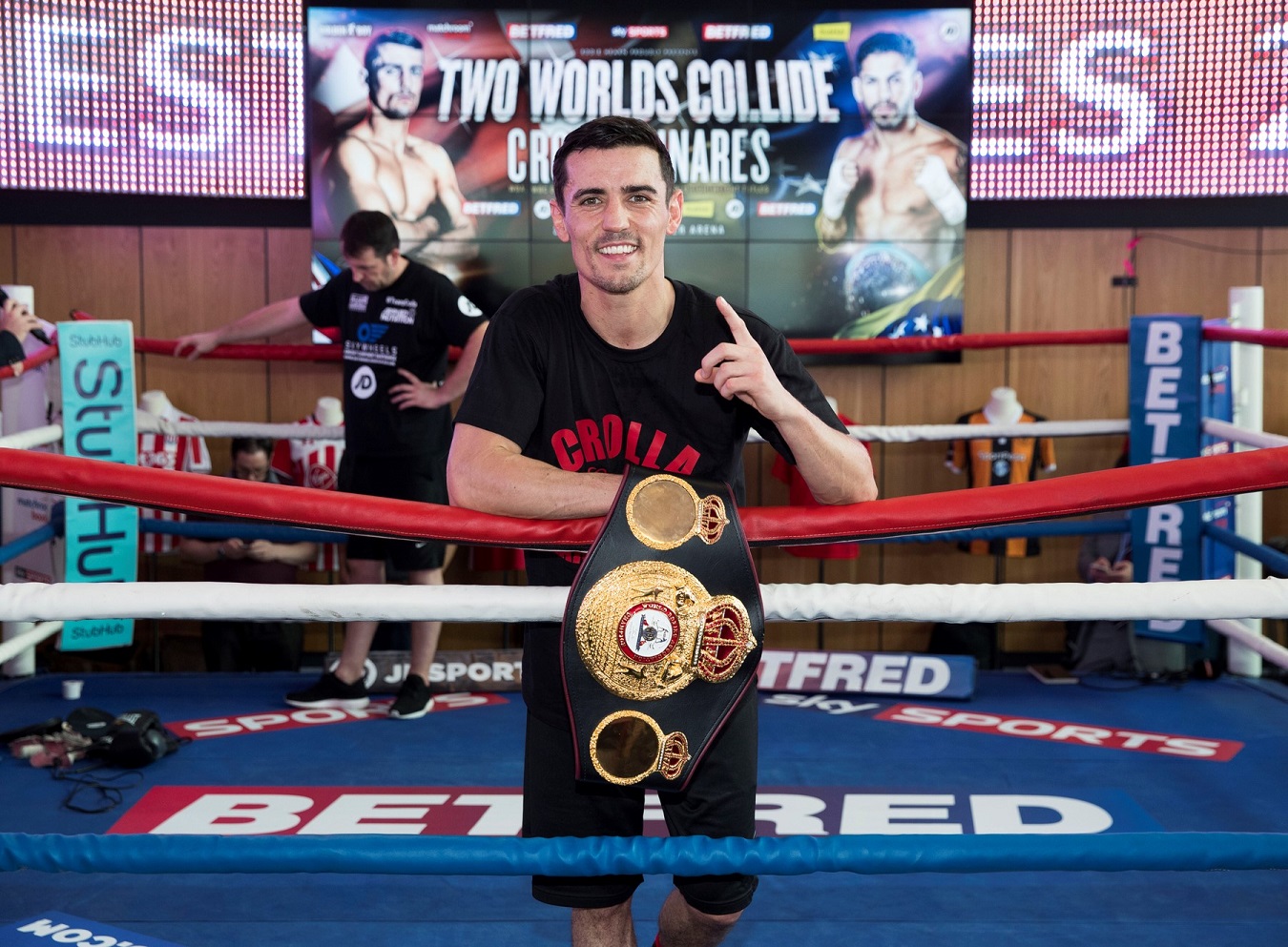 Crolla: Linares Is Brilliant – But There Are Flaws

Anthony Crolla says he’s Jorge Linares is the best fighter he’s faced – but believes there are flaws he can exploit as they clash for the WBA, WBC Diamond and vacant Ring magazine Lightweight titles at the Manchester Arena on Saturday night, live on Sky Sports.

Crolla welcomes Linares into his hometown fortress where he’s been so impressive in his last two outing – unleashing a pair of fiendish bodyshots to KO Darleys Perez to win the WBA crown in November and then destroy the dangerous Ismael Barroso in May.

‘Million Dollar’ would love to complete a hat-trick of KO wins in consecutive World title fights, but knows the three-weight Venezuelan star represents his hardest job to date in the paid ranks.

Linares wowed UK fight fans with his epic rollercoaster battle with Kevin Mitchell at The O2 last May, climbing off the canvas in the fifth round before stopping the Londoner in the tenth.

Crolla and his Joe Gallagher gym-mates are all fans of the visitor, but Crolla believes that Mitchell’s ding-dong battle with El Nino de Oro showed vulnerabilities that Crolla can take advantage of to secure another momentous win.

“I rate Linares very highly,” said Crolla. “He’s technically brilliant. Everyone in the gym loves to watch him fight, and he’s the kind of fighter young kids should watch.

“He likes to fight at his pace and I can’t allow that. I don’t want to give too much away, but I’ve got to take advantage of some weaknesses that I think I’ve seen there. I’m confident I can do that.

“I’ve got to be switched on from the opening bell. He’s a very good counter-puncher, so I know I can’t be lazy at any stage. But I genuinely believe I’ll have an answer for whatever he shows me.

“I thought a lot of his win over Kevin was down more to Kevin’s eye getting so bad really. Jorge has had better performances than that, he looked good last time out again Ivan Cano, but I can take a lot from Kevin’s fight. Kevin and I are different fighters but he put on a great performance and was seconds away from winning really, but Jorge dragged himself off the floor and came from behind to get the stoppage and that’s what true champions do. It was a great fight.

“I’m going to have to exchange with him at times and I’m going to have to be cute and make him fall short. Kevin showed that he has weaknesses and there will be times that we trade but I’ve been working hard on my boxing ability and my angles because he’s too good to walk in straight lines, I have to use my brain in the fight – I’ve got to drag every last ounce out of myself to win, and that’s exactly what I am going to do.”