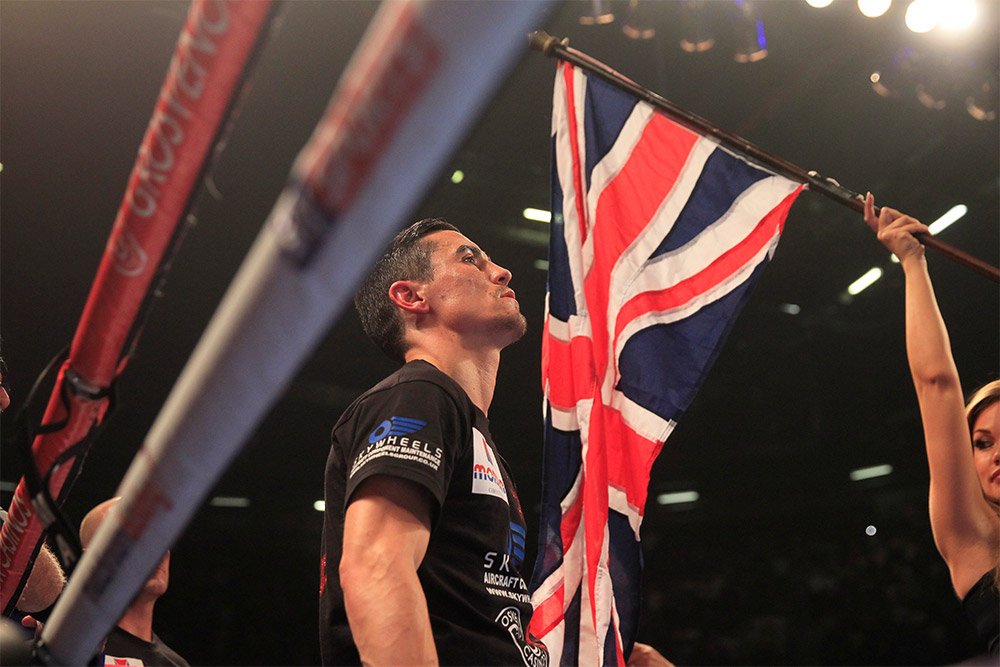 Crolla Makes Maiden Defence Against Barroso On May 7

Anthony Crolla will defend his WBA World Lightweight title against Ismail Barroso at the Manchester Arena on May 7.

Crolla won the belt in stunning style at the vaunted Manchester venue in November, folding Darleys Perez in the fifth round of their rematch for the Colombian’s title, capping a fairy tale comeback from the life-threatening injuries he suffered in December 2014 when confronting burglars at his neighbours home and then his first fight with Perez ending in a controversial draw in July.

Crolla was present at The O2 when Barroso knocked out Kevin Mitchell in December, effectively ending the career of the popular Londoner in their clash for the interim title, an 18th win inside the distance from 19 victories for the unbeaten 33 year old that poses a serious early threat to Crolla’s reign – but ‘Million Dollar’ says there was no way he was going to avoid a clash with the dangerous mandatory challenger.

“I am under no illusion that this is a tough task but there was no way I was not going to take the fight,” said Crolla.

“I enjoyed a break since winning the title, but I have been in the gym for a while already and I am in a good place.

“People said I was going to duck him – if I don’t fight him I lose my belt, simple. Of course I am going to fight him, I’ve worked too hard to become World champion to give it away.

“I knew that it wasn’t the best of Kevin Mitchell in there when they boxed at The O2. He didn’t look himself at the weigh-in and I was worried he was going to struggle. That said, Barroso was still impressive and we know he’s a big puncher, so it’s a really tough examination but one that I am really up for.”

“Anthony Crolla is jumping straight in with a cracking first defence against Barroso,” said promoter Eddie Hearn. “Barroso is one of the dangerous fighters in the business but Anthony’s continues to improve and right now I believe he is the man at 135lbs – and he’ll prove it on May 7. He has become one of the biggest stars in British boxing and the following he receives in Manchester is very special. This could be a Fight of the Year contender and will be another huge night for British boxing.”

Announcements on the undercard will be made at a press conference in Manchester next week.

Tickets go on general sale at midday on Tuesday March 15 with tickets in the £40 to £100 bracket available from www.manchester-arena.com or by calling 0844 847 8000. VIPs are available exclusively through www.matchroomboxing.com priced at £200.