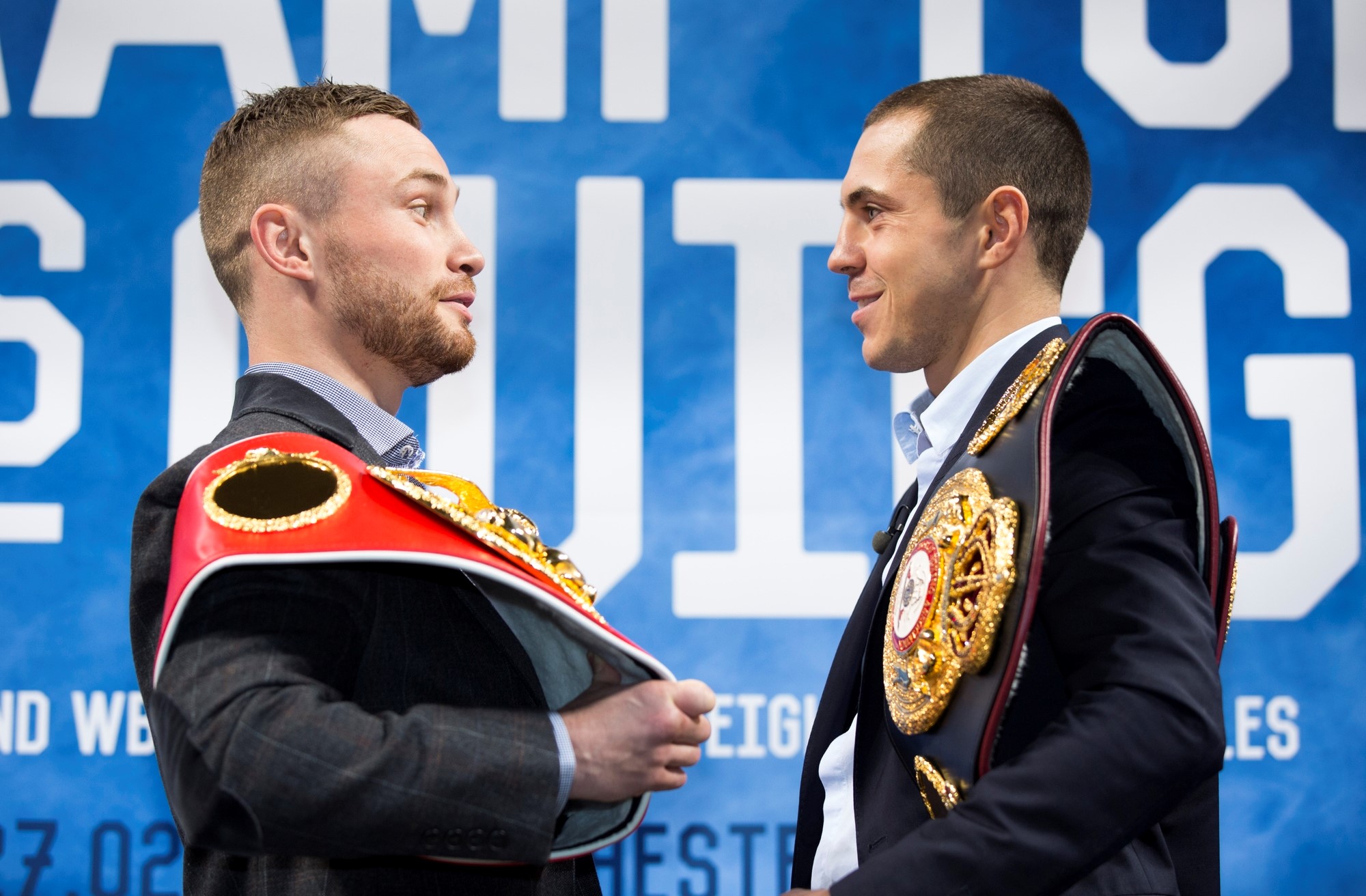 World champions Anthony Crolla and Jamie McDonnell will be joined by Liverpool’s Smith brothers in meeting the fans at the Manchester Arena ahead of the weigh in for Saturday night’s blockbuster clash at the venue, live on Sky Sports Box Office.

Manchester favourite Crolla won the WBA World Lightweight crown in the Manchester Arena on a magical night in November, stopping Darleys Perez in the fifth round of their rematch to complete his fairy tale year.

WBA Bantamweight king McDonnell is in town to support his twin brother Gavin as he faces Jorge Sanchez for the WBC Silver Super-Bantamweight crown and World title eliminator as the chief support bout on Saturday. Jamie was one of Britain’s stand-out performers in 2015, twice travelling to Texas to defeat Japanese star Tomoki Kameda in World title clashes.

The Smith brothers – Callum, Stephen and Paul – are set for stellar years with Callum first up in a World title eliminator in April, Stephen is preparing for his World title clash with Jose Pedraza while two-time World title challenger Paul is ready to get back into the exciting Super-Middleweight mix.