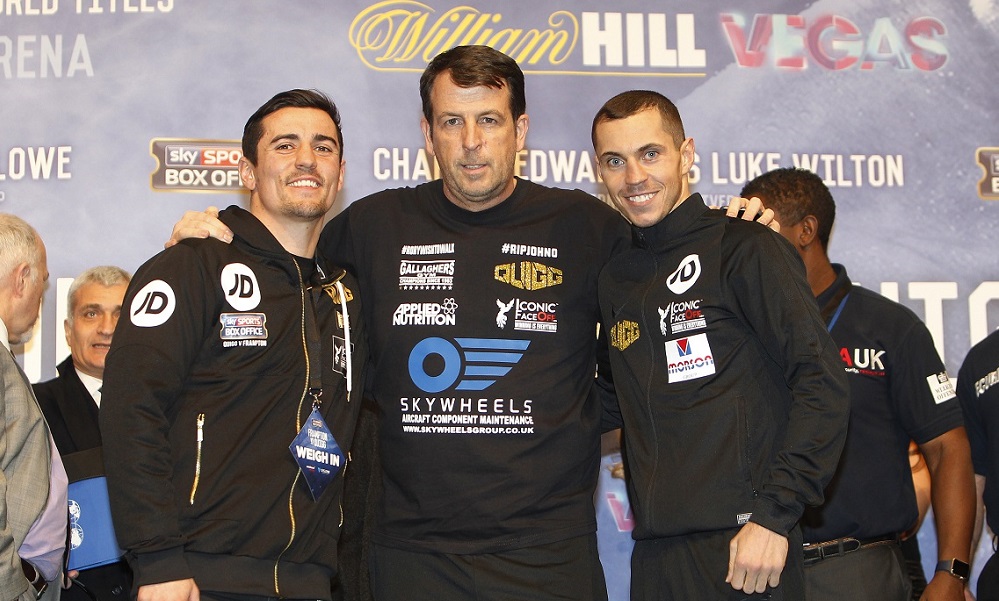 Crolla will be in Quigg’s corner when he meets the classy Belfast IBF champion in the Arena that Crolla landed his own World title with a stunning KO win over Darleys Perez in November, when Quigg was in ‘Million Dollar’ Crolla’s corner as he crunched home the body shot that saw him become WBA World Lightweight king.

Along with the Smith brothers and the rest of Joe Gallagher’s plethora of champions in the Bolton gym they share, Crolla says there’s no doubt that Quigg will add the IBF crown to his WBA strap, and will do so inside the distance.

“This is Scott’s moment of destiny,” said Crolla. “He’s achieved the goal of being World champion and after Saturday he’ll be financially set up for life, but this fight is about more than the belts or money. Scott would fight for nothing, it means that much to him and that’s why I don’t think he’ll be denied.

“Everyone in the gym has seen him train at first-hand and we all believe that he’s going to knock Carl out on Saturday night.

“Carl has plenty of pedigree and he’s a terrific fighter, Scott knows he’s in a really hard fight and he respects Carl. He told me in the build-up that he had been waking up with fear in his mind, knowing that he has to push himself harder than ever to improve and be the best version of Scott Quigg on the night, because Carl is that good.

“I know that he had that same mentality for the Kiko Martinez fight, and we all saw what happened there. Carl is a tougher opponent than Kiko, but when I didn’t think he could train harder or dedicate himself any more, I’ve seen Scott raise it again.”

Quigg and Frampton clash on a huge night of action in Manchester, with Gavin McDonnell facing Jorge Sanchez for the WBC Silver Super-Bantamweight title and an official eliminator for the WBC World title.