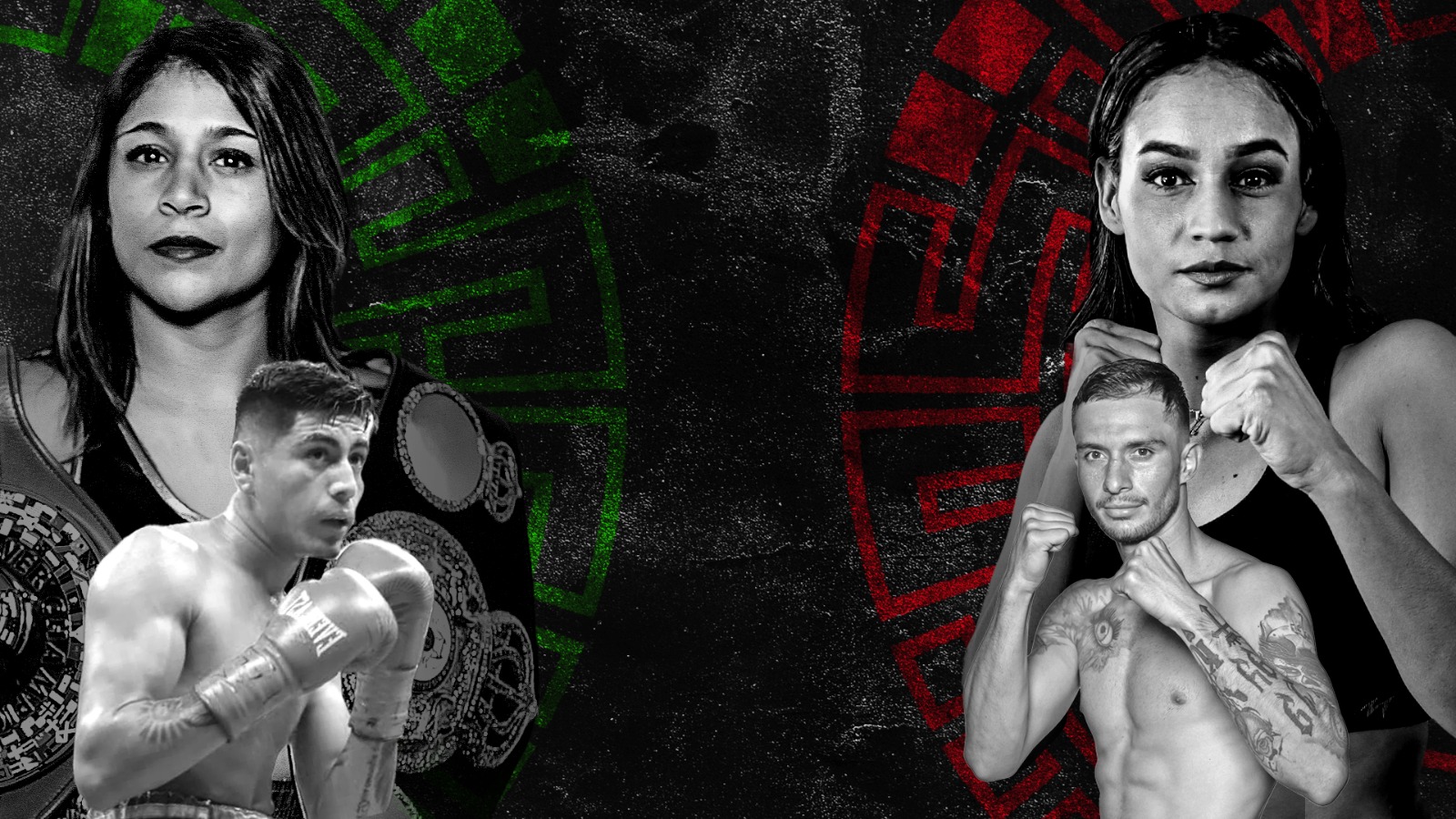 Erika Cruz Hernandez will defend her WBA World Featherweight title against Melissa Esquivel at the International Convention Center in Puerto Vallarta, Mexico on Friday November 26, live worldwide on DAZN, the latest in the run of Matchroom and DAZN’s new series of fight nights in Mexico with Canelo Promotions and Clase y Talento.

Cruz (13-1 3 KOs) ripped the title from long-time champion Jelena Mrdienovich in April, with the Mexican ending the five-year rule of the Canadian on the cards after an accidental headclash halted the contest after seven rounds.

‘Dinimita’s’ first defense is her first fight under new promoter Eddie Hearn and is the first step on the 31 year old’s path to landing unification fights at 126lbs, with belt holders Amanda Serrano and Sarah Mahfoud on her radar should she deal with her compatriot on November 26.

I want to put on a great performance and show the world I am the number one woman in the Featherweight division.

“I’m really excited to defend my world title on my Matchroom debut in my home country,” said Cruz. “I want to put on a great performance and show the world I am the number one woman in the Featherweight division.”

Esquivel tastes World title action for the first time in her career and enters the biggest night of her career on the back of three wins, including her first over the ten round distance in April – and promises to pour everything she has into making Cruz’s title reign a short one.

“I am ready for this fight against Erika,” said Esquivel. “I have been training very hard, we set cam in Mexico City and now we are finalizing our training here in Sinaloa. We have been training for quite some time I am ready, well prepared for what is to come.

“Erika is a very strong fighter we know each other from the amateurs, I have a lot of respect for her and all she has accomplished, one thing I know for sure is that we are going to put on a great fight for the fans, I hope to be victorious that night, I have a lot to win. This is a great opportunity for my professional career. Come September 26, I will leave everything in the ring.”

Chief support on the night comes from Angel Fierro (18-1 14 KOs) as he too fights for the first time under new promoter Hearn, taking on Cristian Bielma (18-3-1 7 KOs) for the WBO NABO Lightweight title, with unbeaten Joselito Velazquez (13-0-1 9 KOs) and Gabriel Valenzuela (24-2-1 14 KOs) also in action, with more undercard fighters to be announced soon.

“What a packed weekend of action we’re going to have live on DAZN!” said promoter Eddie Hearn. “Women’s boxing is on fire right now and World title fights rarely disappoint – and I think Erika and Melissa are going to serve up fireworks. Erika is a real talent and will want to show that in the first defense of her title, but Melissa is in her first title fight and has everything to gain in Puerto Vallarta.

“Angel Fierro is a fighter to watch at Lightweight and there’s a lot of gifted fighters on what promises to be an exciting bill in Mexico, the day before Teofimo Lopez defends his World titles in New York, it’s another unmissable weekend of action on DAZN.”

An announcement on tickets will be made soon.