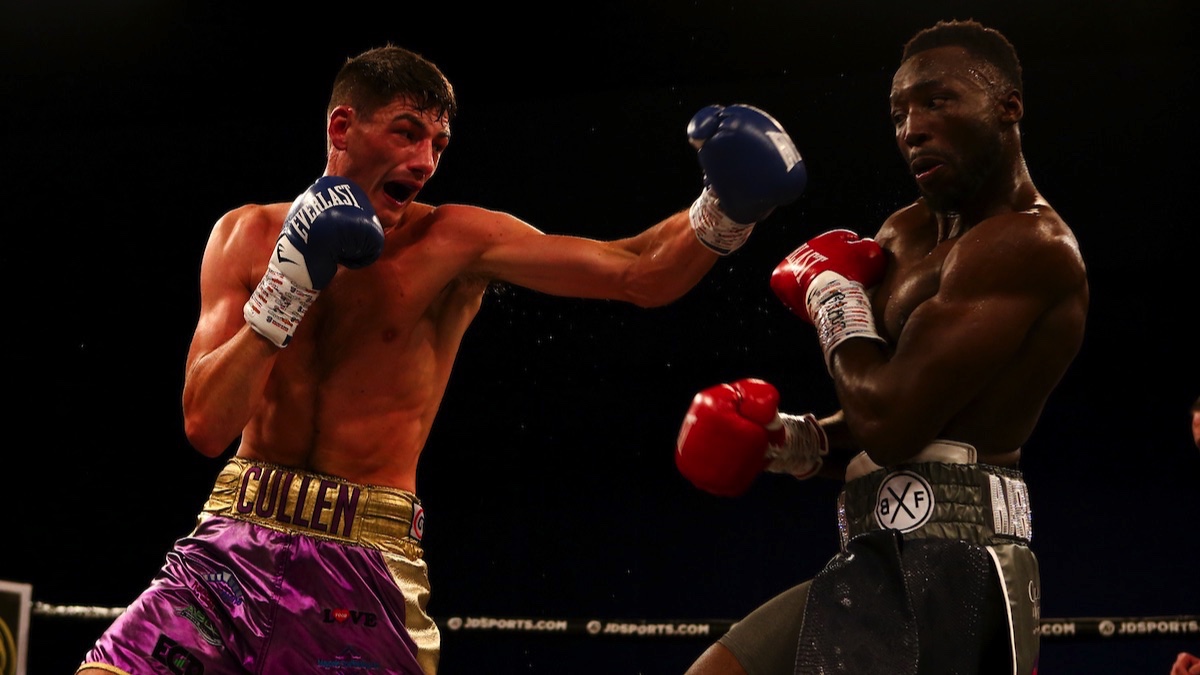 Cullen – I’ll Jab His Head Off!

Jack Cullen says he will jab the head off Felix Cash when they collide for the Commonwealth Middleweight crown at Manchester Arena on Saturday November 2, live on Sky Sports in the UK and DAZN in the US.

Wokingham’s Cash has claimed that he is “levels above” English champ Cullen but ‘Little Lever’s Meat Cleaver’ insists that he has fought a higher calibre of opponents than Cash since turning over in October 2016.

Cullen (17-1, 8 KOs) impressed on his Sky Sports debut last time out in August as he outclassed Dillian Whyte-managed Londoner John Harding Jr and stopped him inside eight rounds in the first defence of his English title.

The tall and rangy 25-year-old is hungry for another taste of the big time and is promising to deliver a standout performance for his fanatical army of fans from his village in Bolton as he targets more title opportunities in 2020.
“I feel really good at the moment and everything is going to plan,” said Cullen. “I am seen as the underdog going into this fight but I’d rather it was that way. He says that he is levels above me but I have no idea where he has got that from.

“On paper Felix is probably the toughest boxer that I have fought but we will see when I’m jabbing his head off. He is going to get his a** whipped and I’m confident of that, I have fought better fighters than he has and that will show on the night.

“I am ready for a tough fight, I know it is going to be hard but I have trained really hard for this and had great sparring in the build-up with Scott Fitzgerald. He brings the belt and it’s on the line and he’s going to be fighting to keep it as I will be fighting to take it, the best man will win on the night.

“I’ve wanted to fight for the Commonwealth for a long time, it’s a big one! It would mean a lot to me to win this belt, I’ve got the English belt that’s a stepping stone, this is also and it’s the British title that I want next! I have just got to keep winning if I want to get there.”

Cash vs. Cullen is part of a huge night of boxing in Manchester.