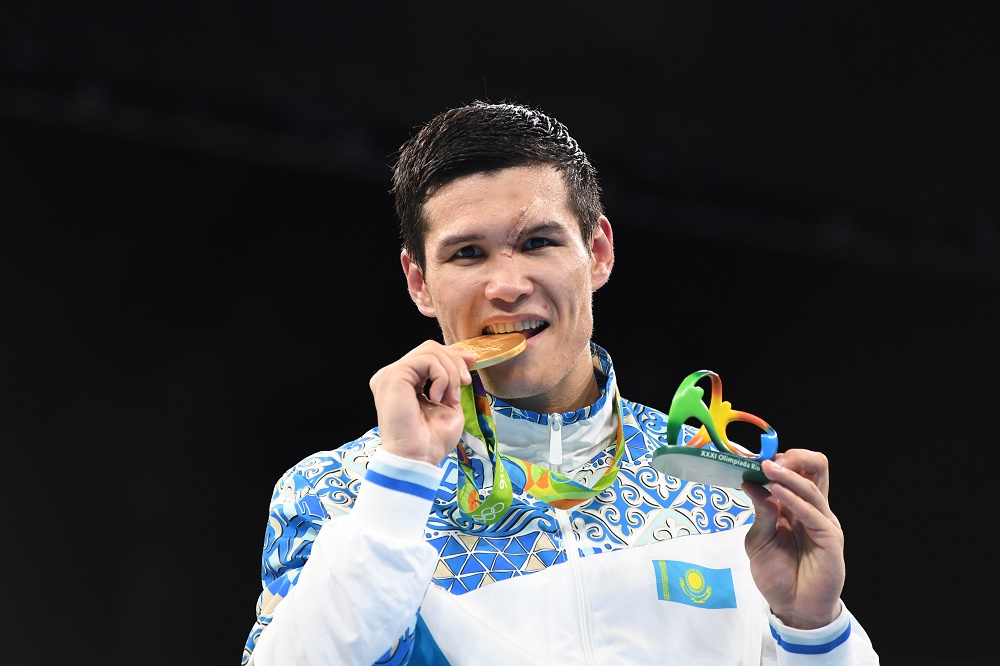 Yeleussinov won Welterweight gold for Kazakhstan at the 2016 Rio games and was the standout fighter in the games – winning every round on his way to gold medal glory.

Yeleussinov promises to be a thrilling addition to the paid ranks and will make his professional debut at Barclays Center in Brooklyn on April 28 on the undercard of Daniel Jacobs’ Middleweight showdown with Maciej Sulecki.

“Words can’t explain how excited I am to sign with Matchroom Boxing,” said Yeleussinov. “I know Eddie along with my management team will work together to achieve my goal of becoming undisputed World champion.

“I’m excited so to box in the U.S, the U.K and at home in Kazakhstan and can’t wait for my debut in New York on April 28 and beginning my professional journey.

Yeleussinov teams up with promoter Hearn and that link-up could provide a tasty rematch between the Kazakh and Josh Kelly, the Brit Yeleussinov beat in the first round in Rio, and Hearn is thrilled to add Yeleussinov to his stable of stars.

“I’m honoured to win the race to sign Daniyar,” said Hearn. “He is an unbelievable talent and a fighter that can become a huge star all around the World. We are looking to move him at a fast pace, beginning in New York in April before making his UK debut in the Summer. It’s going to be a lot of fun and fight fans are going to love watching this young man go all the way to the top.”

Ziya Aliyev, Managing Director of Boxing Stars Management Group LLC, added: “We are happy to bring Daniyar to the Matchroom Boxing family. We know Eddie is the promoter that can make the moves to not only make Daniyar a World champion but a star around the world.”

Tickets for Yeleussinov’s debut start at $42 and are on sale NOW. To purchase tickets, visit Ticketmaster.com, BarclaysCenter.com, or call 800-745-3000. Tickets for the event can also be purchased at the American Express Box Office at Barclays Center beginning Saturday, February 24 at noon. For information on group sales, call 844.255.9647.