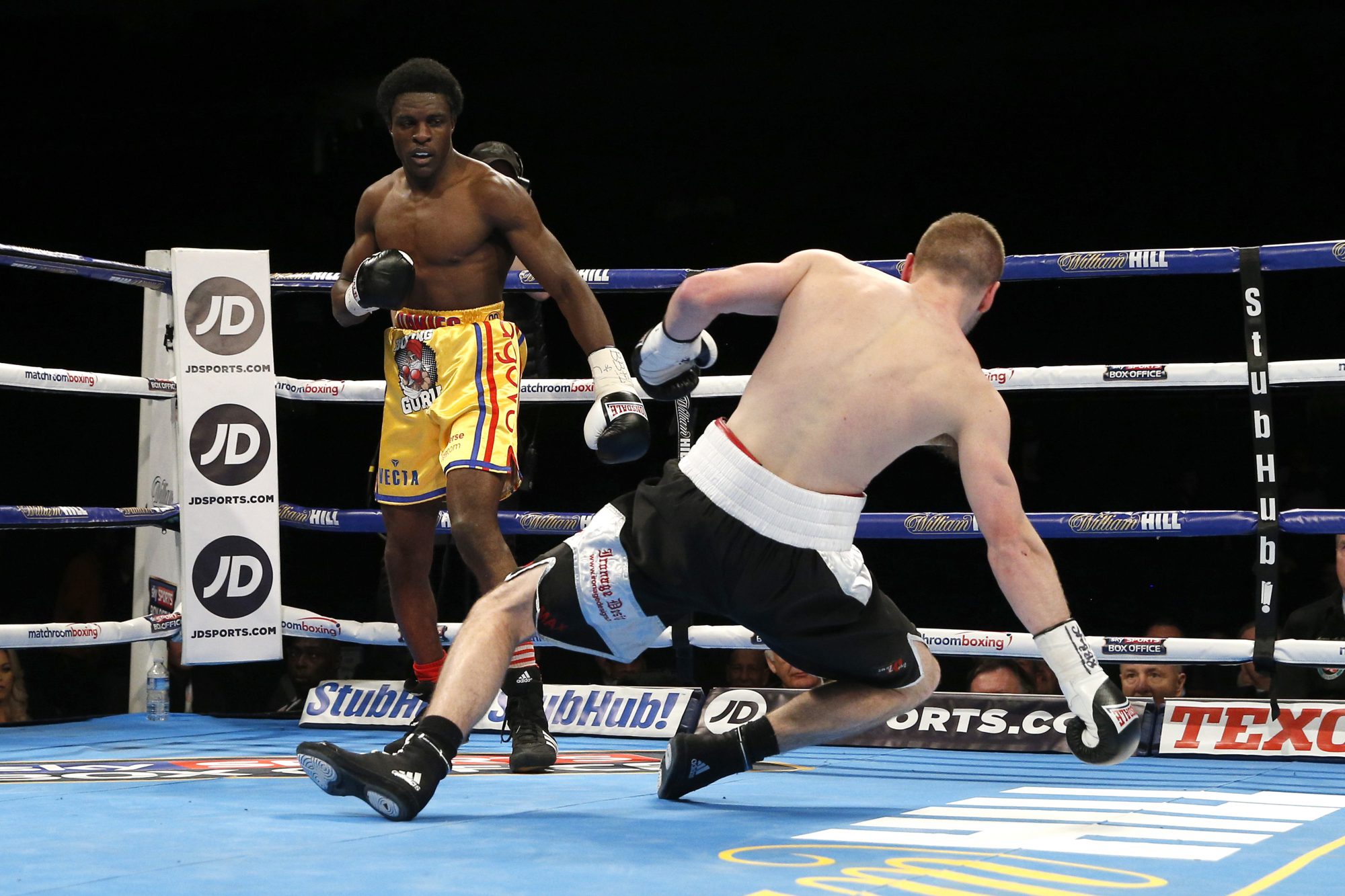 Davies Clashes With Limond In Glasgow

Ohara Davies will face Willie Limond on the undercard of Ricky Burns’ WBA World Super-Lightweight title defence against Kiryl Relikh at the SSE Hydro in Glasgow on Friday October 7, live on Sky Sports.

Unbeaten Hackney talent Davies landed the English belt in April with a KO win over Andy Keates at The O2 in London and the 24 year old known as ‘Two Tanks’ made it 10 KOs from a dozen pro outings in June.

Davies faces a real step-up in class on his first trip north of the border as he meets the decorated champion Limond, with the popular Glasgow man entering the ring in his 45th pro outing and 15th title action. The 37 year old put in a spirited challenge for the British Super-Lightweight title against Tyrone Nurse at the SSE Arena in May and will provide Davies with his sternest test yet having shared the ring with World champions Amir Khan, Anthony Crolla and Alex Arthur.

“This is a huge step up for Ohara and a real 50-50 fight,” said promoter Eddie Hearn. “Willie is looking to bounce back and Ohara hasn’t operated anywhere near this level. The card is shaping up nicely for a huge night in Glasgow on October 7.”

Tickets are on sale now to Matchroom Fight Pass members via the following link: http://www.stubhub.co.uk/event/9652689/?gcid=chPrt-_-geoUK-_-genboxing-_-cpgglasgowoctfightpass-_-partmatchroom&mbox=1&rS=0&abbyo=false&sliderpos=false&qtyq=false&dUpg=false&sort=price+asc with tickets priced at £40, £60 and £100, with VIP tickets priced at £200.