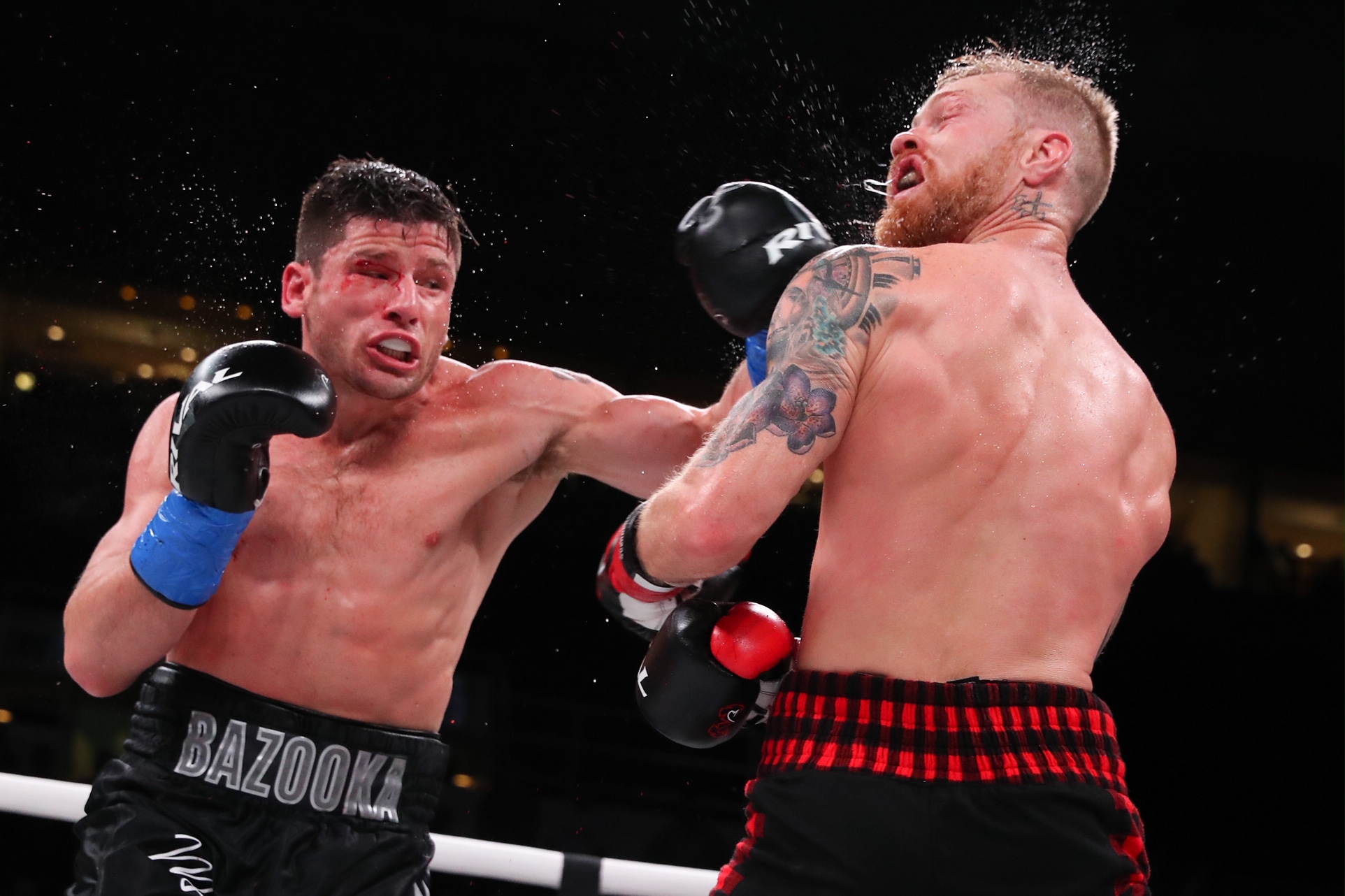 Deluca – This Is Make Or Break

Mark DeLuca says his clash with former IBF Welterweight World Champion Kell Brook at the FlyDSA Arena in Sheffield on Saturday February 8 is “make or break” as he looks to cause an upset in the toughest fight of his career, live on Sky Sports in the UK and DAZN in the US.

DeLuca (24-1, 13 KOs), a durable and hard-hitting southpaw hailing from Massachusetts, avenged his sole career loss to Walter Wright in an immediate rematch in October 2018, unanimously outpointing the Seattle man over ten rounds to earn the NABA Super-Welterweight Title.

‘The Bazooka’ added two more wins to his record in 2019, outclassing Jimmy Williams in Boston and then Brandon Brewer at the Dunkin Donuts Centre in Providence, and has been much more active than Brook in recent times, having fought 12 times since 2016.

“This is the pinnacle of my career at this point, fighting a former World Champion,” said DeLuca. “Kell Brook fought two of boxing’s biggest boogeymen at the time in Errol Spence and Gennadiy Golovkin, he shook up their world. I have admiration and respect for Kell as a champion but in order for me to get to where he has been, I have to beat him in Sheffield.

“I can’t speak for him, but I know he is at the crossroads in his career. I know he wants to get back to where he once was and in order to do that he needs to beat me. I don’t think that he has taken this fight lightly as it’s a make or break fight for both of us.”

Brook hasn’t fought since decisioning Australia’s Michael Zerafa back in December 2018 and is determined to prove that he still belongs at the top of the sport after teaming up with trainer Dominic Ingle once again. A loss for Brook would be disastrous at this stage of his career and DeLuca insists all of the pressure will be on the Sheffield fighter.

“I don’t really get into social media or read online comments, but I think he is feeling the pressure ahead of this one. All of his fans are waiting for him to come back and it’s in his hometown. He has to deal with this pressure and show up and perform, he has his hands full!

“This is my chance and this is my time. I feel great. I have been grinding on small cards in small venues to get to this point and I can showcase my skills and what I am all about in this fight. I am deceiving and people will look at me as a puncher but I can do cute things in there. Everything can change at any moment in a fight.

“This would be like winning a World Title for me. Although the belt isn’t on the line the man that I am fighting means everything. Fighting someone of his calibre means everything to me. I am confident in my preparation and that is what it all comes down to, fighting the best that I can, that’s all I can do.”

Brook vs. DeLuca is tops a huge night of action in Sheffield.